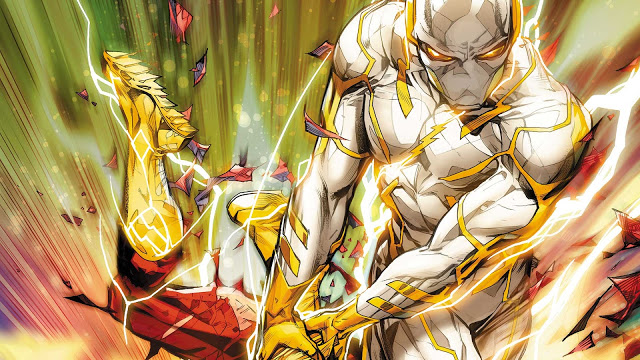 Coming from a Mile Away 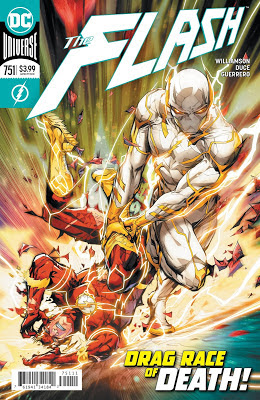 We have just begun a brand new story in The Flash and while the first issue served more as a jumping on point for new readers I am hoping that we finally dive into this story and it becomes something that excites me. That being said, I have very little faith in that. Our main villain for this story is Paradox who has just become a cookie-cutter villain at this point. We’ve already gotten his backstory and it is incredibly basic and he simply does the classic villain tropes. Typical monologues, letting his lackey take on the hero instead of him, and a couple other things make him extremely boring as a main villain but maybe I’ll be proven wrong. I’d certainly like to think that will happen as I have been wrong many times before, but I need to see this book take some big strides before we get to that point. Hopefully, we will see those strides in this issue. So, let’s jump into this latest issue and see where it takes us.

Our issue begins with a quick flashback in which we see August Heart (who we now know as Godspeed) busting into a hideout to find that they were expected. He braces himself for the bullets flying toward him but The Flash is able to stop them all and apprehend the gangsters. We cut to the present where Barry and Godspeed are locked in battle as Paradox watches on. We get a little more backstory about August for new readers as the battle continues. Barry tries to reach out to Godspeed but he doesn’t seem interested in what Barry has to say. During this time, we catch back up with Iris who is trying to get into the Speed Lab. She sneaks past Paradox to get into the Flash Museum and eventually reach the Speed Lab. Once there she immediately begins searching for clues and finds that the computers have already recognized Paradox and Commander Cold must have built something into the Speed Lab computers to help them. As she searches further, she finds a message from Commander Cold who is leaving information from the future for Barry to access. She accesses the files on Paradox and finds something shocking inside before we cut away. 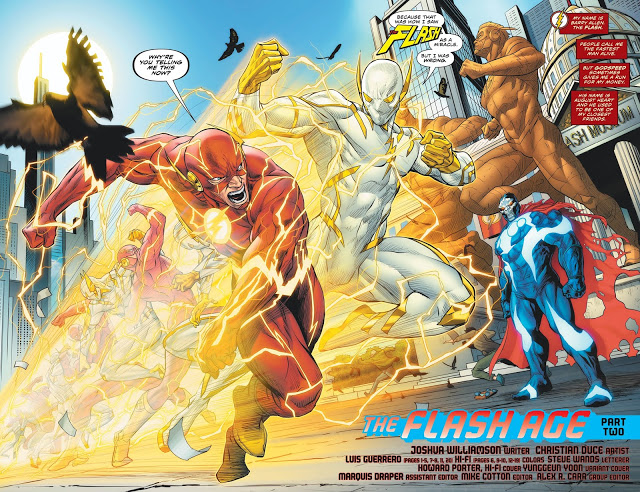 We cut back to the battle and Godspeed is saying things that sound like they are coming directly from Paradox’s mouth. He is sounding brainwashed and eventually the battle circles back to Paradox and Godspeed edges his new boss on to show Barry how they will prove The Flash is a fraud. This, of course, prompts Paradox to spew a short monologue about how The Flash keeps messing with the timeline which leads to him harming people. However, he also gains power from changes in the multiverse. Erasing The Flash’s legacy will be a huge change that will give Paradox the power of a god. It is at this time that Godspeed reveals that he was just playing along with Paradox’s plan in order to find out his true intentions. Now, Godspeed will team up with The Flash but it is short-lived as he is quickly stricken down by Paradox who saw his betrayal coming. Flash is then left to fight Paradox alone and quickly finds that he is outmatched by his new foe.

Check out our Video Review of The Flash #751

Just then, he is contacted by Iris who is telling him to get away as fast as possible. He tries to tell her to get out of here but she lets him know about Paradox from Commander Cold’s files and they were only able to defeat him in the 25th Century thanks to the powers of the Reverse Flash. Before Barry can react though, Paradox attacks again and doesn’t give Barry a chance to react and defeats him quickly. Then as a final blow, he blasts Flash with a beam of some kind and we see Barry’s body disintegrate. Paradox then grabs Godspeed and drags him into the museum as he still has a need for him as they approach the Cosmic Treadmill. We then cut to Barry who is in a place that is unfamiliar to him. He looks around and stops suddenly as he finds himself face to face with his mother. This is where the issue leaves us. 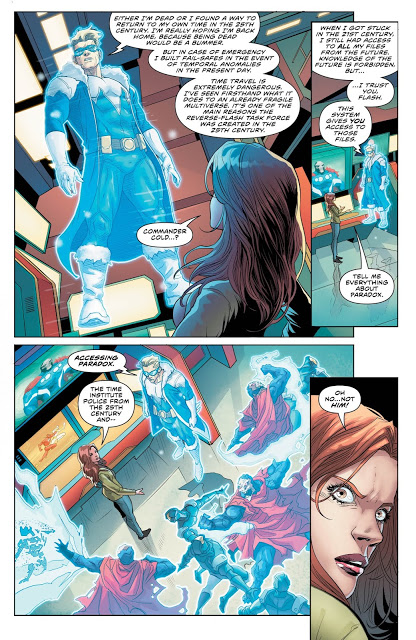 The majority of this issue is just one big fight scene which isn’t necessarily a bad thing but most of that fight is kind of boring and one-sided as the fight with Godspeed isn’t really that engaging and the fight with Paradox is so one-sided. There are a decent number of scenes that are in this book solely to reacquaint readers with storylines that have been going on for the past few issues. DC clearly is expecting a bunch of new readers to jump on but unfortunately, that means that readers of this book will find themselves bombarded with information dumps that we already know. I wish I could look at those parts as if I didn’t know what had happened previously but the fact is that I already know these things. I read the books. I just know other books have had jumping on points without these tedious exposition recaps. It honestly feels as though the book is alienating long time readers in hopes of building a bigger reader base with new readers. I find that to be extremely disappointing. Overall, the book was just average.

The Flash seems to really be hoping to build a new reader base as this book continues from the last issue in taking several panels to dump exposition on the readers which long time fans will already know. It drags down the issue horribly but thankfully there is a ton of great art in this book to look at. In addition, there is a really great cliffhanger at the end that makes me want to read more. That being said, most of the aspects of this storyline are very basic and come off as boring. Our new villain is a snore and considering the book seems to be revolving around him at this point, that boredom fills the entire issue.