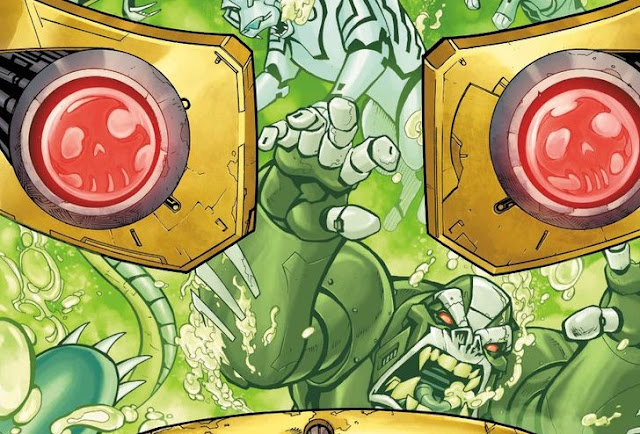 The Mind Of Chemo 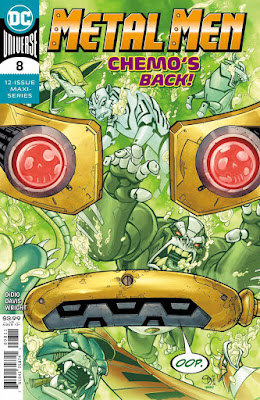 The Metal Mammals made their debut in the previous issue, but are they tough enough to take the place of the Metal Men?  You know, who now want to go and find themselves since the Nth Metal Man has actually given them life.  I guess we'll find out this issue since Chemo is on the loose and it will be up to Dr. Will Magnus and his creations to stop this toxic filled monster.  Let's jump into this issue and check it out.

While I was disappointed that we still don't get any Platinum or Nth Metal Man in this issue...... since they still seem to want to be off the grid, what we do get out of the Metal Men is the idea that maybe life isn't all it's cracked up to be.  It's actually a really cool concept, where we all kind of went with the idea that the Metal Men were alive, but now that they've been given actual life, they don't all seem to like it and it's causing more problems for our heroes than they previously would have imagined.  Hell, Gold isn't even in this issue because he really needs to be alone right now, but I'm secretly hoping that he's somehow on the trail of the Nth Metal Man and that's how we get ourselves back into that story. 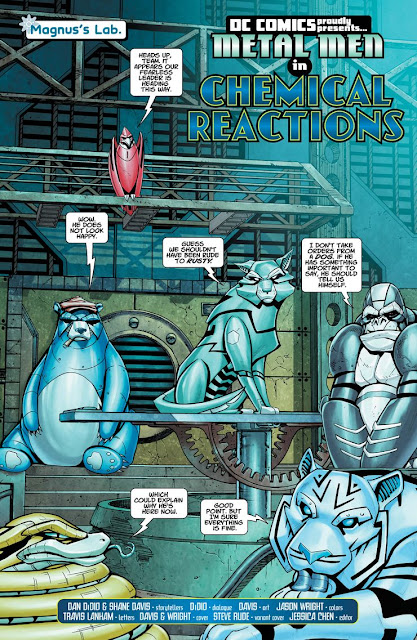 Beyond the Metal Men though and into our new Metal Mammals or Gas Gang as they may want to be called, we see this group still having trouble working together which will be important as hell for them now that they're going up against the newly reemerged Chemo, the biggest bad the Metal Men have ever faced.  It seems though, in an interesting twist that I didn't see coming, the Nth Metal Man has been doing more than giving life to the Metal Men, that's right, he's also given it to Chemo.  What does that mean for the Metal Men, Metal Mammals and the world as a whole?  Well, you're going to have to read the issue to get that information, but boy..... it sure was enjoyable. 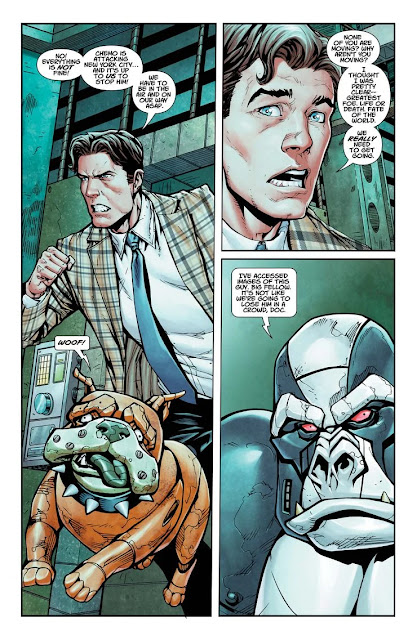 All in all, the art remains some of the best art that DC Comics is putting out right now.  Shane Davis should get the keys to the kingdom and be allowed to do whatever he wants after this book because goddamn, this is beautiful looking.  As for the story....... Like the art, it's one of the best things that DC is putting out right now and this sleeper series that everyone should get a hold of is doing some really cool stuff with not only the Metal Men but Will Magnus as well and I hope that it can even elevate the DC Universe as a whole as soon as we discover the mystery of the Nth Metal Man.  It's a lot of fun, it looks great and I immediately want to get the next issue as soon as I'm done the one I'm reading.  Get on the Metal Men train, you won't be disappointed.

With amazing art and a fun, thought-provoking story, Metal Men continues to be one of the best series that DC Comics is putting out, which sadly, no one is reading.  Come on, Metal Men won't break your bank and you owe it to yourself to have some fun with Will Magnus' crazy creations, not to mention have a really well-told story to boot.