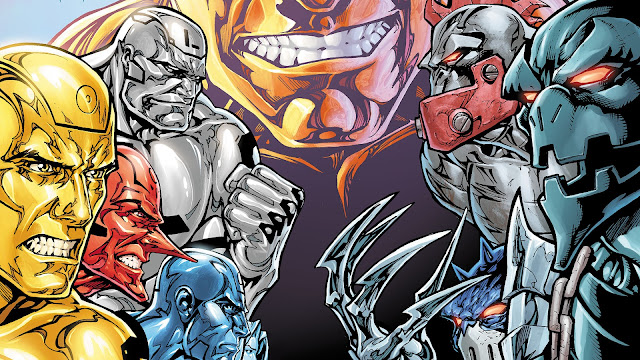 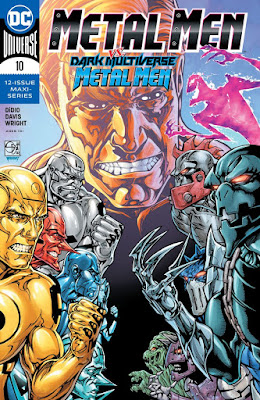 It's time to take a look at one of my favorite books that DC Comics is putting out right now, where a Dark Multiverse Metal Man, the Nth Metal Man has come to this world to tear our team apart and to get his hands on Tina, but whatever his intentions originally were, we saw in the previous issue that he planned on destroying the portal to the Dark Multiverse that is located at Challengers Mountain, but before he could he was hung up by the Phantom Stranger, while the Nth Metal Man's brethren came through the portal looking for him. Let's hope that our Metal Men are up to the task of taking on whoever these Dark Metal Men are, but first, let's take a look at the origins of the Nth Metal Man. Let's check it out. 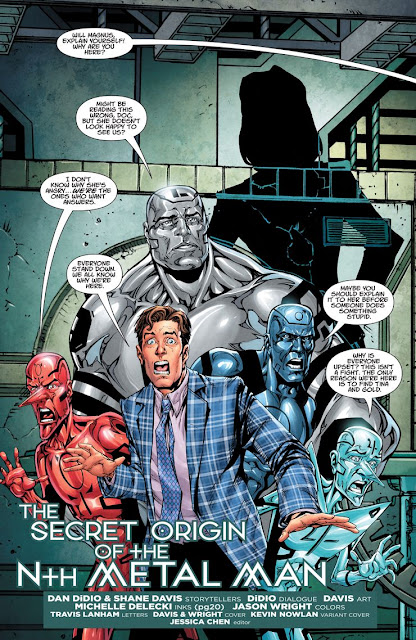 The really cool part about this series is how it uses so much of the original Metal Men continuity to tell its story and it continues to be cool in that regard when we discover the divergence that occurred in the Dark Multiverse from when Platinum originally built her own Doc Magnus, but in this reality when he built his Metal Men to rival our heroes, this team won and put the metal Doc Magnus creation on a collision course with Thanagarians, who embued him with the Nth Metal, recreating him in a new way and putting him on the path to fix his world with the help of the person who created him........ Platinum. The only problem is, he had to go the light Multiverse to find one. It's a cool backstory that pits our heroes against not only a new set up evil Dark Multiverse Metal Men but to a new incarnation of one of their old foes that like the Nth Metal Man, lived on in a new and interesting way. 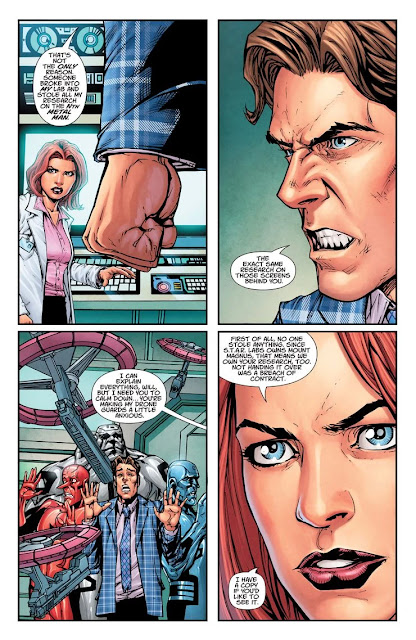 All in all, the art and colors in this book continue to be beautiful and continues my belief that this is the best looking book that DC Comics is putting out. I just wish that the reveals during the first part of this book would have been on par with what we've been getting with the story because ultimately I just found it lackluster and not really all that thought out in the end. Thankfully, the Nth Metal Man parts picked things up for me but I can see this issue being a bit confusing for fans who might not be fully immersed in the Metal Men's backstories, not to mention what the reveal of the new enemy of this series means or how he became this way. This is still a fun book, I was just looking for a bit more out of this.

The art in this book continues to be not only top-notch, but the best looking art that you're going to find at DC Comics. As for the story though, it's a mixed bag here where some of the reveals and explanations kind of come up short, but by the end the book builds steam and I can't wait to see where we go in the next issue.