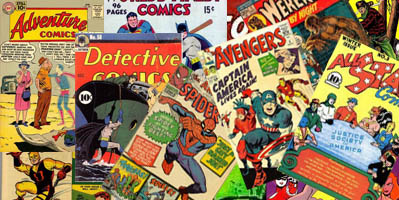 Good Enough for the Rubes

I suppose if you're going to treat the interiors as an afterthought, there's no point in going all-out on the covers. I struggled to put together the list this week, though. Here's a tip: the cover should make you want to buy the book. Start with that, and see what you come up with! 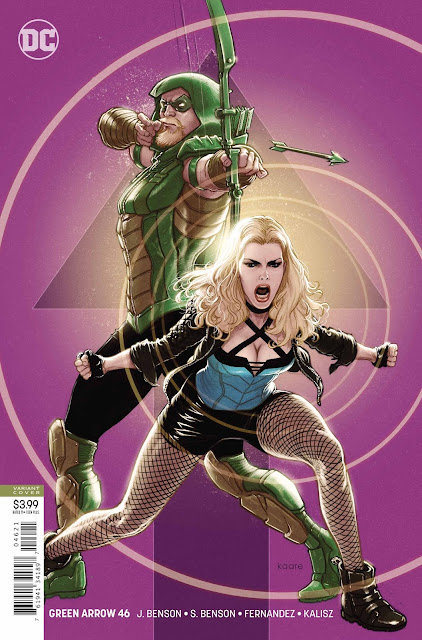 Green Arrow #46 variant
Kaare Andrews
This is a nice picture. The proportions are nice, the anatomy looks correct. Black Canary could look more exerted, but she's fine overall. If this was a 2-pack of action figures, this image would make a fine backing card. As a cover, though? Why the purple? 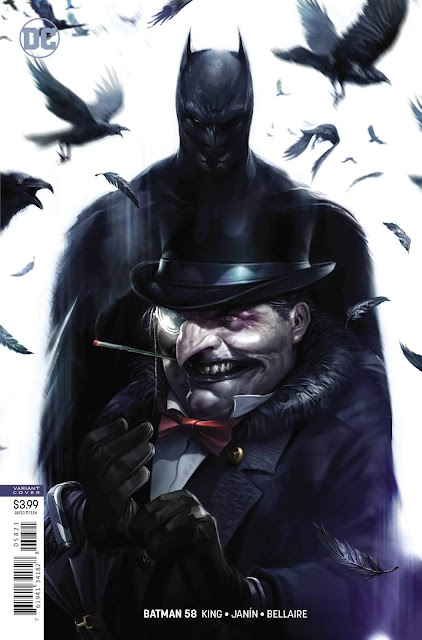 Batman #58 variant
Francesco Mattina
We've seen plenty of similar Batman covers, but it is effective. Nice looking Penguin, too. His teeth look especially gross here. Of course, the negative space does all the heavy lifting for this image. 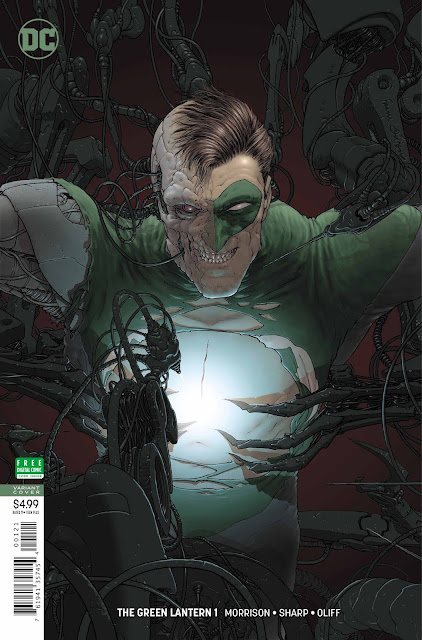 The Green Lantern #1 variant
Frank Quitely
You gotta love a Frank Quitely drawing. Well, you might not have to, but I do. I think his work is exquisite. This isn't his best piece, but it does exhibit the pulpy detail for which he's known. Plus, I like the glowy center bit. This scene is a little different in the comic book, but that's neither here nor there. 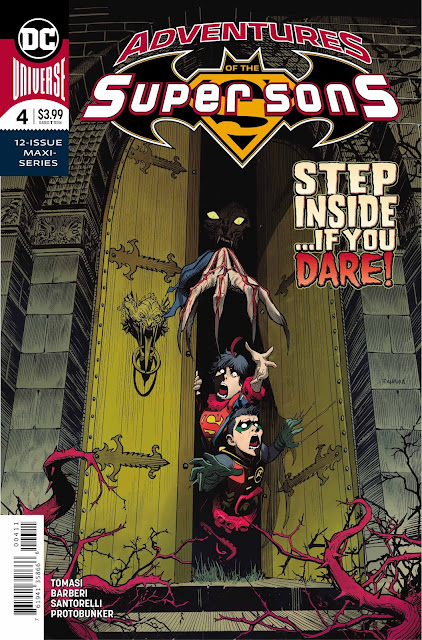 Adventures of the Super Sons #4
Dan Mora
If you can't enjoy an ooky-spooky cover like this, I feel badly for you. Of course, this probably should have come out last week, on Halloween. But the looks of terror, the constrained sliver of space that holds the action, the creepy hand emanating from within that structure...this makes me want to read the book, and that's what it should be all about. 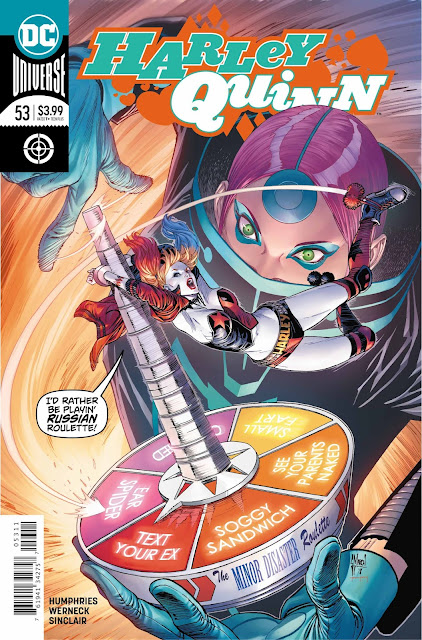 Harley Quinn #53
Guillem March
Can you believe this was the best of the batch? The coloring is what pushed this to the front of the list, though the Golden Age style composition helped the situation greatly. Indeed, this may be parodying an older cover directly, but I haven't bothered to do the research for it. I mean, it's a cool cover, but I don't want to spend a career thinking about it.
Posted by Reggie Hemingway