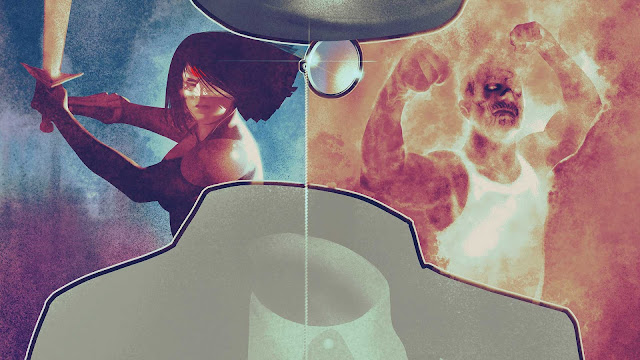 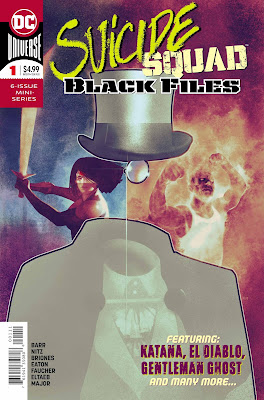 What the heck? Wait…I do remember hearing something about this, a long time ago…I didn’t know what it was about then, and I don’t know what it’s about now. Only one way to find out, and that’s to dive right into Suicide Squad Black Files #1, and luckily I’ve reviewed it right here!

Right, so I don’t really know what to make of this comic book. It’s actually two, twenty-page stories––so a good value, right on the face of it––that seem to have spun out of that Suicide Squad: Most Wanted series that happened a year or two ago. And of which I did not read all of. There was also another side series, I believe, that came out four or five years ago. Is this something I should expect, that every other year the Suicide Squad editorial office will clean out their inventory drawers and burp some of these out-of-continuity stories on us? The first story focuses on Katana and is titled “The Revenge of Kobra,” though I’m not sure why since it looks like Katana is the one getting revenge. Maybe it’s a partial title, and the full one would read, “The Revenge of Kobra…is Lame as Hell.” 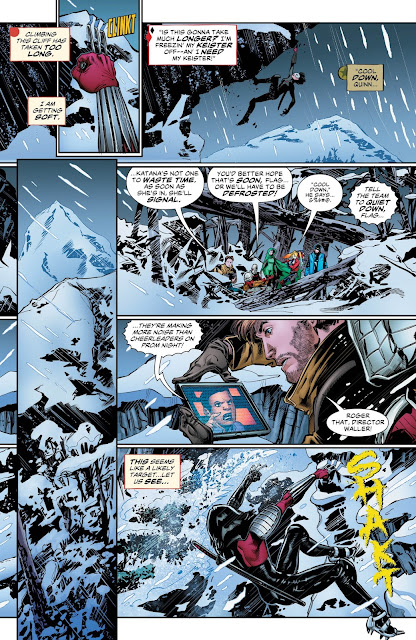 So in some stronghold atop a snowy mountain in Eastern Europe, Katana takes out a big Kobra cell almost single-handedly, capturing the boss insider her Soultaker sword. A female member of Kobra springs up to assume command almost immediately, but for the time being, Katana heads home to check in on Halo, who is staying with her. That’s news to me, and their banter serves only to give a thin explanation as to why she’s even there. Halo fairly well fucks off when the new leader of Kobra breaks one of the souls free from Katana’s sword, and when Katana moves against it, she is sent to the spirit world and the new leader of Kobra––has Katana’s body! To be continued! Wait, really? Wow. 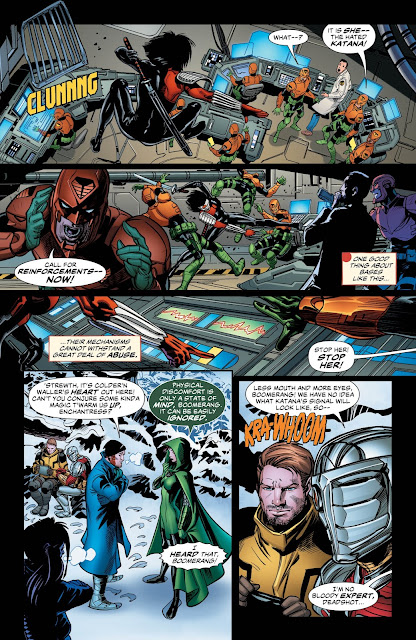 The second story…I really don’t know what to say about this one. I mean, I guess it’s the titular story, in a sense—it’s “Suicide Squad Black in Rota Fortuna.” What is Suicide Squad Black, you ask? Well, it’s a collection of magic-based criminals, assembled by Amanda Waller and outfitted with brain bombs, who do covert ops where more ethereal national threats are concerned. The team consists of El Diablo, Klarion the Witch Boy, new characters Azucar and Juniper, Enchantress, and…Gentleman Ghost? How the hell do you stick a brain bomb in Gentleman Ghost? Also, Aladdin is there. Yes, that Aladdin. They’re all going after Felix Faust’s son Sebastian. To be frank, I could barely make heads or tails of this story, but if that line-up sounds interesting to you, then that could justify your giving it a look-see. 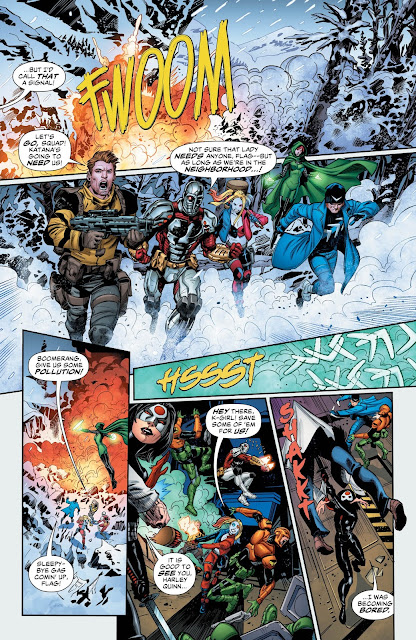 This is such a strange book, one that teases future issues though we don’t know where it came from. It’s like getting the free soda with your Chinese food lunch special and nothing else. And the soda is a diet ginger ale. The Katana story appears to be setting up the imminent Batman and the Outsiders title written by Bryan Hill, and I suppose that suits me okay. I don’t know what the second story is all about, and I wouldn’t even try to explain it. I’d give this one a hard pass, particularly since it’s been reported that the series has been ended before the first issue hit the stands. 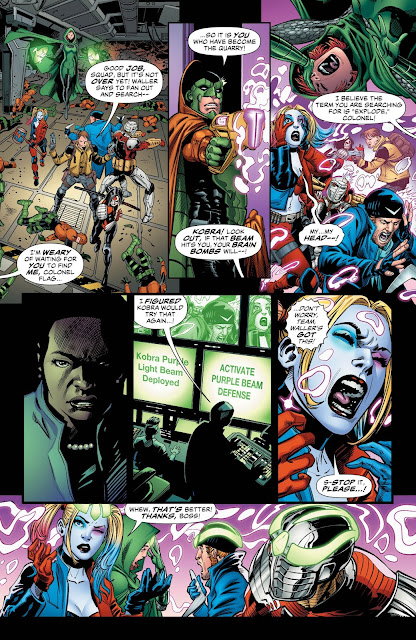 A couple of stories from out of left field, that appear to have neither consequence or quality. Klarion the Witch Boy fanatics need only apply.