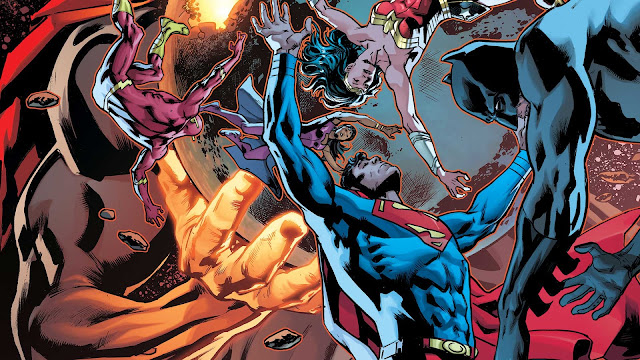 Faster Than The Speed Of Sight 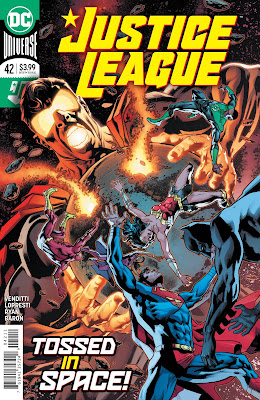 The world is in peril now that the Eradicator has chosen to make Earth into his New Krypton..... I guess General Zod's wasn't cutting it for him.  To accomplish his goal of creating a new Krypton, the Eradicator has created genetically engineered Daxamites to carry on the Krypton legacy, but to also take on the Justice League and eradicate everyone on Earth so that they can start fresh with their own perfect planet.  Even though they've had their weakness of lead bred out of them, they're still susceptible to magic and hopefully, with the help of Madame Xanadu, our Justice League will be able to overcome....... they'll just have to get Wonder Woman out of the villain's grasp first.  Let's jump into this issue and check it out.

In this issue, we see our team have to create a new plan since simply bringing Madame Xanadu to the front lines didn't seem to do much besides get Wonder Woman captured in the previous issue, but to create this new plan we have to see our team get pissed off at each other for their decisions, but also, we have to have them make these new plans in very covert ways, in that they get things going, but they keep us the reader in the dark the whole time until the end.  Yeah, that leads to decent twists that you've come to expect from reading comics, but because of the way things were laid out here, it really felt like our heroes were trying to mislead us instead of the bad guys. 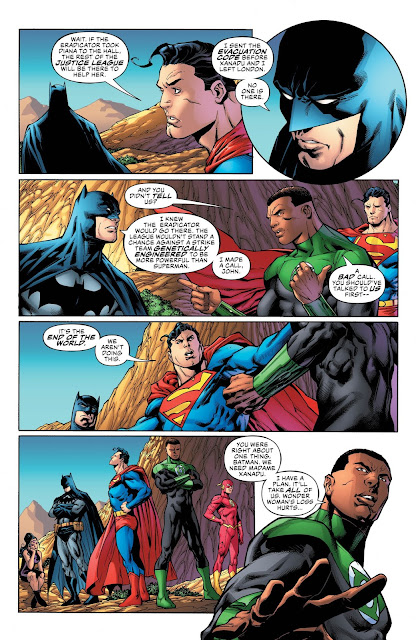 Also, it's weird in this issue that it seems that Robert Venditti only wants to play with the current characters we've seen because after the Eradicator broke into the Hall of Justice, we're told that the other members of the Justice League can go after him, but Batman had already given them the order to evacuate........ which is fine I guess, it still feels weird that we don't see them in this story.  With all that though, we do have a decent progression to the point where it looks like our heroes might have the upper hand on the Eradicator and his Advance Legion army, which feels really good to have our heroes look like they'll win because we spent so long in this series where they did nothing but lose over and over again. 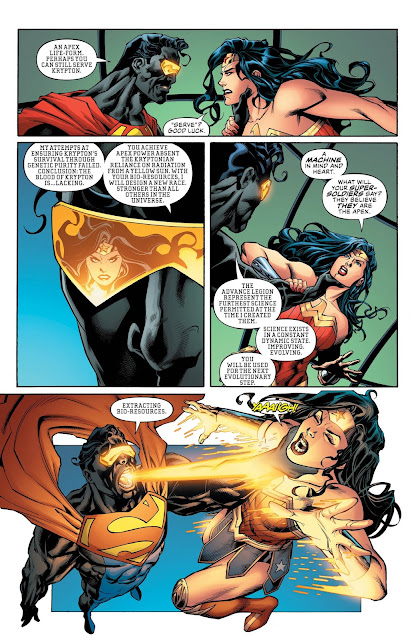 All in all, I really enjoyed the art in this issue, but the writing felt a bit off to me, where all the character's dialog felt really clinical and cold and besides for an outburst from John Stewart towards Batman, the whole Justice League team felt a little unemotional and kind of like robots.  Maybe it was just me, but we did get to an interesting cliffhanger that makes me want to know what happens next, even if I didn't think that this issue was the strongest installment to this arc.

While I still think that this storyline is really cool and think the concept is compelling as hell, I don't think that this issue in this arc is the strongest.  Yeah, the art looks great and I love the outcome by the end, but the dialog and close to the chest plans that are the majority of the book felt off to me.  I do look forward to what happens next, but I was looking for more out of this.