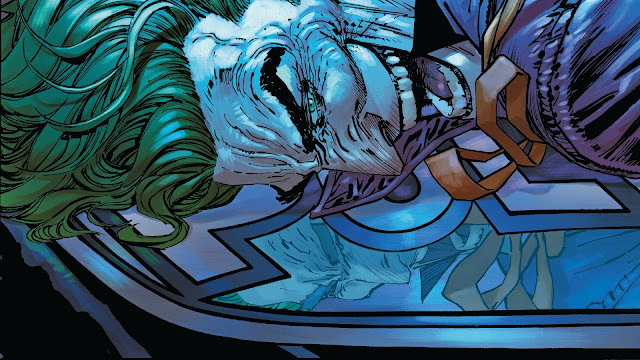 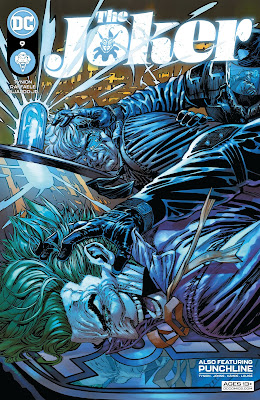 The hunt for the Joker continues this issue as we previously saw Vengeance, the Daughter of Bane, and Jim Gordon team up to hunt down the Clown Prince of Crime..... that is after we saw the origin of Vengeance and the idea that Bane wasn't exactly as we previously thought. That being said, we have a heap of mystery as the Network starts to get uncovered, and in this issue, we'll see how they might be a part of the Court of Owls as well. Let's jump into this issue and see what else we can learn from this title. Let's check it out.

While we get some really interesting information that opens up the world of Batman and the villains he goes against, the way that it's told in slow narration boxes kind of takes the excitement out of the issue as everything feels long and drawn out. Yeah, there's a feeling of opening up backstories in ways that we've come accustomed to from writers like Geoff Johns, which I personally love when it happens, but this walking tour of Jim Gordon's past run-ins with the Joker and the way that it's told through a bajillion panels and only narration boxes just doesn't work the same way for me and while the information is cool, I just wish the presentation was as equally cool. 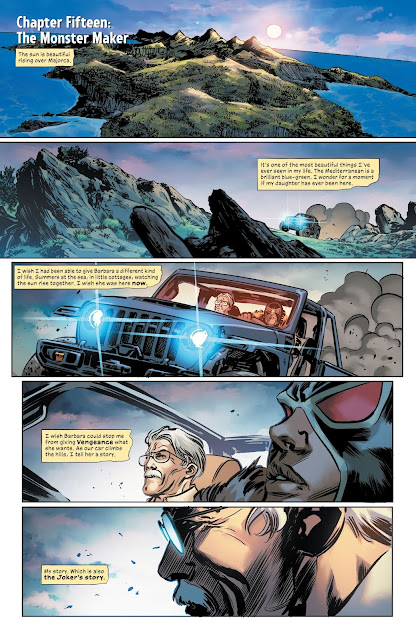 All our factions though are moving into place for the hunt of the Joker and the background of The Network and what they're actually up to, not to mention what they've been up to in the past are being revealed here and while a lot of this book comes off as a bit of a slog with its progress, by the end we've opened up more mysteries and sadly, created a new way to screw with our former Commissioner, Jim Gordon. As for our Punchline backup, there's not a lot of action to speak of, but a lot of catchup to what Kelly Ness's connection to Punchline is and the fate of Orca after her turn against Punchline in the previous issue and while this backup hasn't been all that exciting in my mind, this continues the uptrend that it's been doing lately. 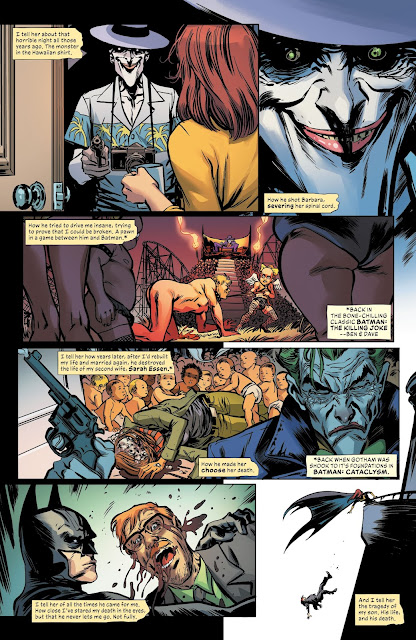 All in all, the art remains strong in both the main story and the backup but the way that the Joker story is being presented is coming off a bit boring, while the overall information is pretty intriguing. It's a bit of a mixed bag overall but we're getting enough cool moments to keep me intrigued with the story even if I'm not overly excited about the presentation. That being said, the Punchline backup feels like it's finally ramping up and while this chapter has a lot of just sitting around and talking, there's some good background stuff on the new protege of the Joker to keep her interesting for a bit longer.