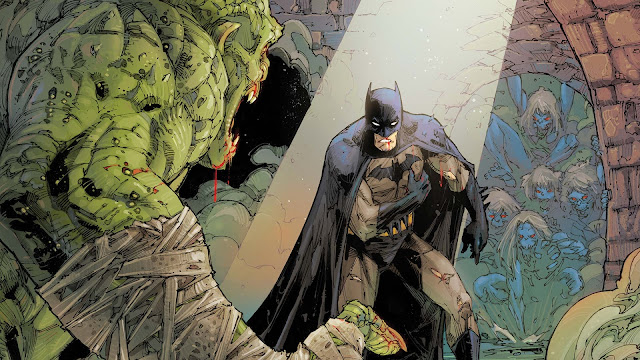 Crocodiles In The Sewers 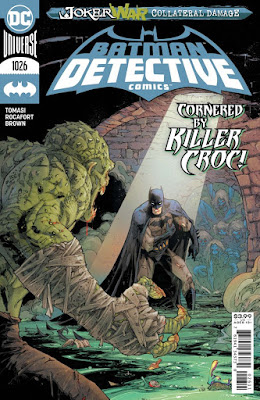 With the Joker War raging on, random citizens of Gotham (who should be getting the hell out of the city) are being abducted from the streets into the sewers, and Batman finds the time to take up the case with all the other chaos going on.

It turns out that Joker had caused a chemical plant to explode (Gotham's greatest pastime), and the toxic waste went into a specific portion of Gotham's sewers. A group of highly armed criminals had escaped into a room down there to hide while this Joker War is going on, and planning to take advantage when it's all over. But the chemicals come rushing in and they're drowning in this toxic waste. 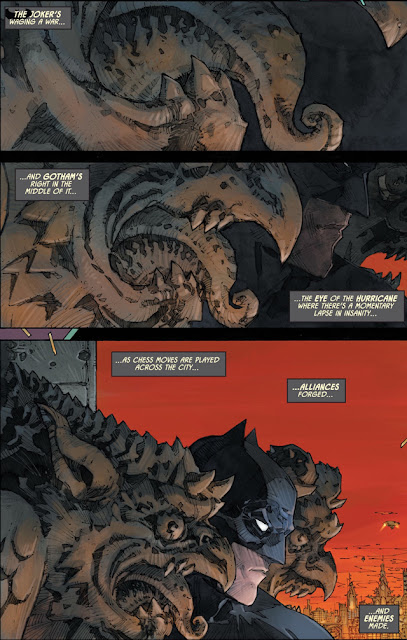 This is when Croc comes in. After losing everything because Joker blew up his hotel (re: Gotham City Monsters) during this Joker War, he went into the sewer. Because of this, he was around when the flood from the toxic waste came rushing in, and he saved those people from drowning in it. But the toxic waste began deforming them. Killer Croc created his own Monstertown, and was abducting the citizens of Gotham to be its new residents.

One weird thing here is that when Croc grabs... I don't even know what the name for it is. Is there a name for people who drive armored cars and do money exchanges and what not? I don't think they can be called officers or security. I have no idea, dude. Anyways, he grabs two armored car people and leaves the money. Batman, upon hearing eye witness accounts of who it was, finds it odd that Croc would do something and leave the money. Now... I have never known this to be his motivation and please correct me if I'm wrong. I even seem to recall in Hush that Batman thought Croc was off BECAUSE his motivation was money in that instance and it never had been, thus he came to the conclusion that he was being manipulated. But whatever. 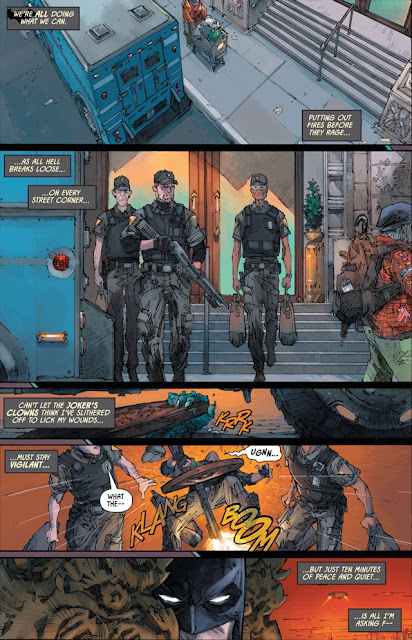 Batman goes down into the sewer and faces Croc and his newly found Monstertown. They make a deal: they fight. If Batman wins then they all get taken in and the abducted people go home. If Croc wins then Batman is the one who goes home...

I've always loved the relationship that Batman and Croc have. Croc can't just help himself but Batman realizes that and truly wants to help him, yet sometimes what Batman sees in Croc comes out like it does here. That's why I did enjoy this one-shot issue despite it not needing to be a Joker War tie in to exist, and despite the weird money thing that goes against what I know of the Killer Croc character. The art, especially with Batman and Croc, was pretty cool.