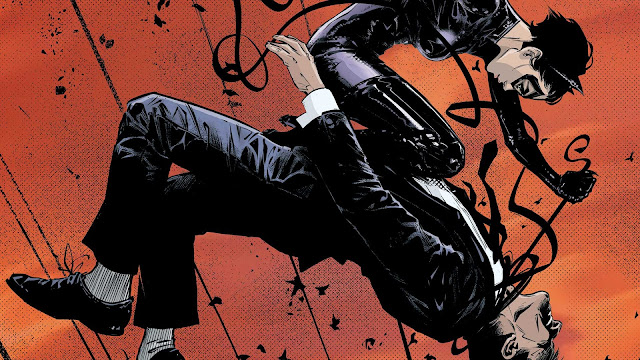 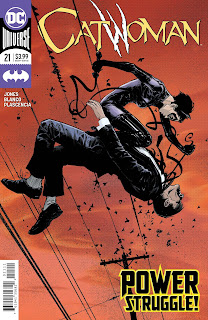 This is the last issue of Catwoman from Joelle Jones, and while I was looking forward to her run when it was announced, not enough happened in it to recommend it at all.  That said, I am still hoping she can end what mainly was her one story in a good enough fashion so I can think it was almost two years well spent.  So, how did it end, and was it any good?  Let's find out...


The issue begins with Selina thinking to herself what a lot of people reading this run have felt most of the time...she feels like things haven't been right since she left Gotham.  I know why that was the case and even think that at the beginning, Jones was doing a good job making it work.  At some point, though, she seemed to hit a wall and couldn't get over it.  The story stopped progressing and was trying to rely on a setup that was never there.  Plus, Selina started showing up in other books that were allowed to play with things that Jones didn't seem allowed to play with, and it never was an even playing field there.  It feels like Joelle is lashing back at all this in a meta sort of way here. 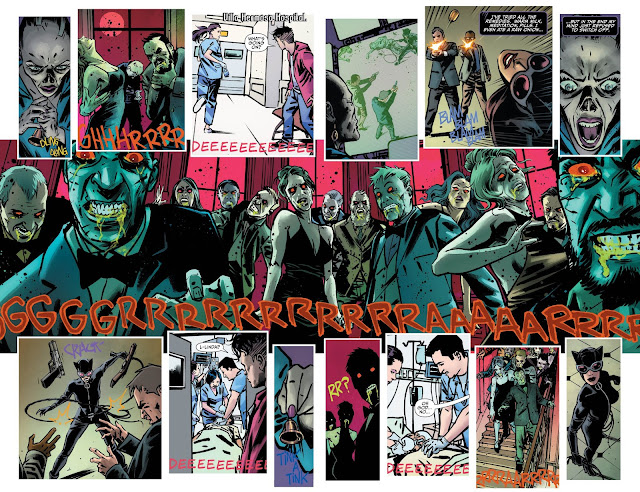 As far as the story here goes, it does end up with the usual tie up the major loosed ends, "hit the reset button" and get the hell out.  There are some satisfying moments for those who have been reading since issue #1, but it all feels too quick and convenient to make a real impact.  It does devolve a bit into a celebration of the character, and I say it like that because every issue should be that by nature, but this is a tell you not show thing.

Check out our Video Review of Catwoman #21


It is an issue that is full of redemption, but not just for Selina and if you wanted Raina to be gone forever, but hoped Jones wouldn't make Selina a killer to get it, there is something for you to enjoy here.  Still, like most of the issue, it felt so forced to get it. 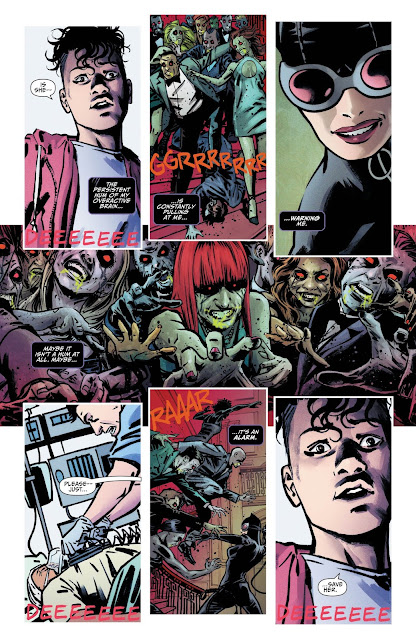 I will admit that by the end, I was a bit pissed off, but not from anything we got here, but the fact we didn't get some of this earlier.    The cliffhanger is more "what should have been" than a "what could have been," and it shouldn't have taken leaving the book to get around to showing the reader that you do care and get the character.  All that said, though, this isn't a great issue, just an issue that was about ten issues too late in a run that never felt like it was running at full speed.

Joelle Jones finishes her run on Catwoman, and those readers who stuck with it will get some big moments that, while forced, still were satisfying enough.  Despite having her hands tied a bit with the circumstances leading into this run, I liked some of the things we got, it just took way to long to get them before time ran out.  Oh well, the reset button is hit and let's just hope things get better from here.