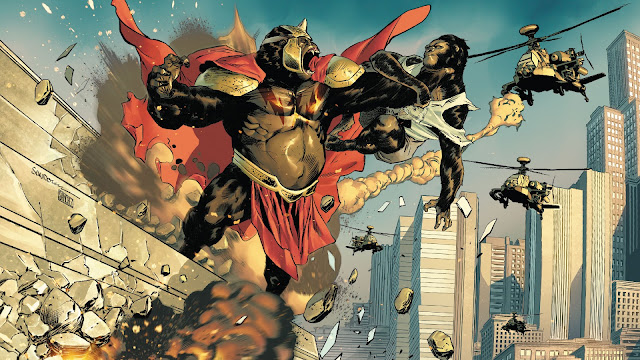 Don't Ever Go Against The Family 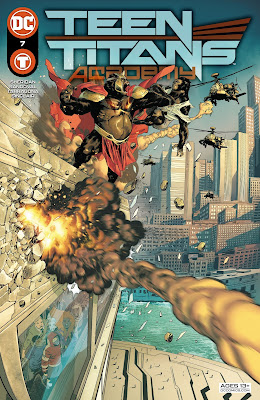 It's still summer break for our Teen Titans Academy students and as we saw in the previous issue our trip to Nyack, New York is a trip that's going to focus heavily on Gorilla Gregg...... since his Uncle, Gorilla Grodd decided to take over that same small village that our students just so happened to be at and it's there where it looks like Gorilla Gregg is going to team up with his villainous relative to help take over the world. Let's jump into this issue and see if our Academy students can get to the bottom of this. Let's check it out.

So for this issue, we have ourselves a weird situation where for the majority of our issue we're supposed to feel like Gorilla Gregg has turned against his friends to join up in the family business but beyond really confusing the reader about what they should care about in this, what with Gregg being bad, being good, being weak, being strong, not caring and then caring, like the last issue this background into this new character comes off forced to just let us know that Gregg is a strong telepath but instead of showing us this in a well-thought-out way, we're just shown that he's weak until he isn't anymore and the majority of our issue instead of showing us real character in Gregg, it just makes Grodd look like a smacked ass. 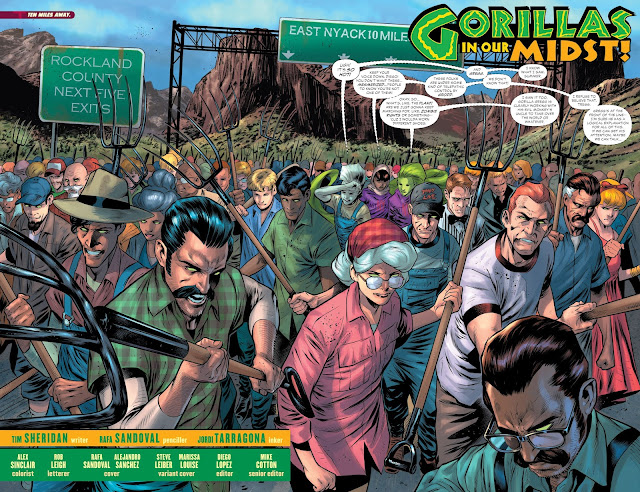 Yeah, maybe you can get some enjoyment out of the friendship between Summer Zahid and Gorilla Gregg and what Gregg will do to be a hero and save his friends, and maybe you can see the "Family" element of the Teen Titans, which I normally love seeing but like the majority of the new characters that we've been getting out of Teen Titans Academy it doesn't seem like we ever have a strong story to really feature them or something that actually makes you feel like you should care about them. A lot of comic stories anymore have this weird formula that it has to knock down an established character to show you how great this new character is and this goes along the same line and by the end, there was no real change in the status quo about this story and that's disappointing. 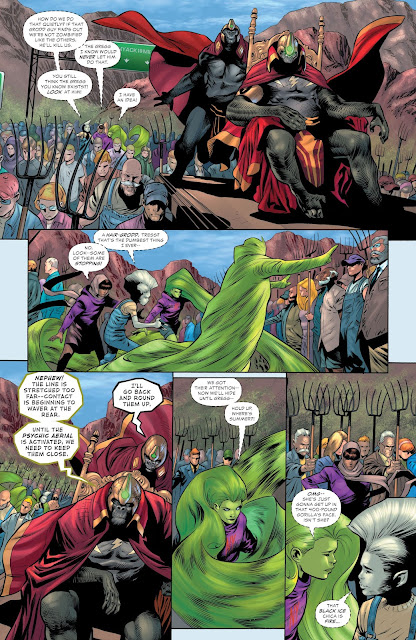 All in all, I did enjoy the art in this book a lot and I do enjoy that we're getting to see more of these new characters but I just wish that it was done in a way that felt like the writer actually cared about wanting us to care about the characters because by the end of this little arc I really didn't learn anything new that wasn't already out there in internet-land besides the idea that Gregg is stronger than Grodd and that never felt earned and pivoted back and forth throughout this issue and only became a convenient way to end the book. Hopefully, things pick up with this series because while I was looking forward to this Titans book since I always look forward to any Titans book, this just feels like a great big miss with every issue.

We have a story that never really felt all that thought out, works simply on tropes, and even makes fun of its own premise by the end....... I wish I could say there was a but to that, but that's all we really have here. Yeah, you get some more of the new Titans characters and some great art along the way but we just end up with another story that makes an older character look bad to elevate a new one, and at the end of the day, I was just looking for something more.