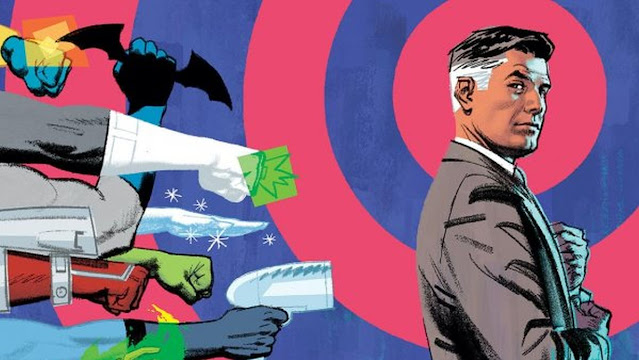 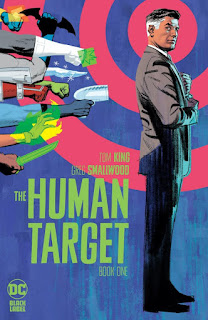 Play With Fire And You're Bound To Get... Poisoned?!?

The Human Target #1 (re) introduces readers to Christopher Chance, a man who's made a career out of disguising himself as the target of assassination attempts to save lives and thwart killers. When his latest mission seemingly goes well, he soon learns he dodged one bullet in favor of another and the prime suspects are people he knows.

If you've been keeping up on the recent writings of Tom King, you notice one (of several) patterns emerging. His off-beat titles appear to not be original works at all but rework of existing properties. For example, the current series Supergirl: Woman of Tomorrow is an almost beat-for-beat reproduction of True Grit with Kara taking on the grizzled old cowboy role of Rooster Cogburn. The story isn't new but the bizarre reskinning is what makes it unique, albeit completely out of character for Supergirl. 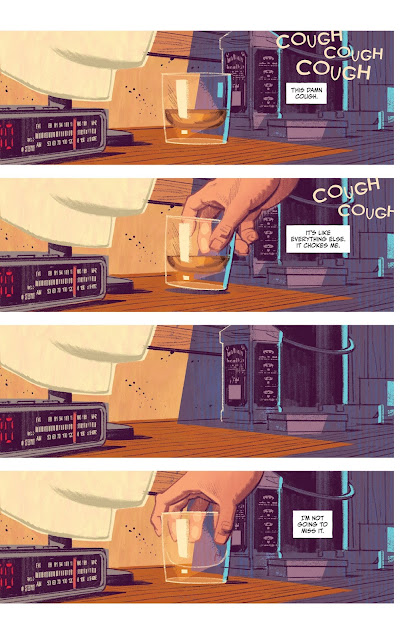 Here, the concept is at least consistent with the Christopher Chance character, but the premise is almost precisely a reproduction of the 1950 film D.O.A starring Edmond O'Brien (later remade into a less-good version of the same name starring Dennis Quad in 1988). In the short version, readers/viewers are introduced to a man who already knows he's slowly dying from poison. The crux of the story is a mystery centering on the man trying to find out who killed him before his time runs out, played out through a series of flashbacks.

King gets no points for originality on the plot, but at least the premise makes sense for the Human Target as a character, and the twist reveal about the collection of suspects could lead to some engaging twists and turns. 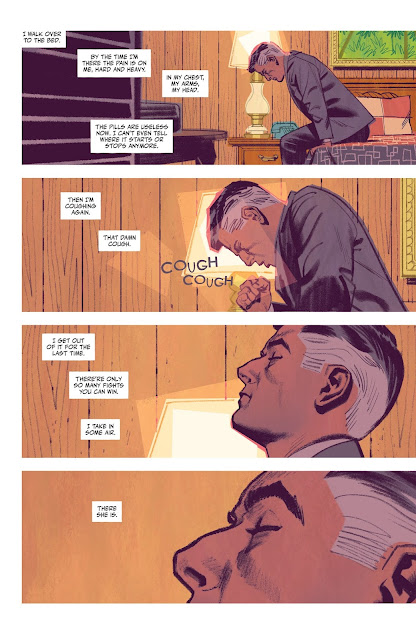 On a positive note, Greg Smallwood's art is fantastic. The style and the look of the book have a distinctly mid-century feel from the 1950s (probably intentional based on the film King is copying), and it has a cool, Mad Men-esque suaveness that helps accentuate the detective noir nature of the film.

Bits and Pieces
The Human Target #1 kicks off a detective noir mystery that feels authentic to the 1950s in both writing and art, partly because it's almost a direct lift of a film from that time period. The narration has a hard, gumshoe edge, the dialog is snappy, and the book is visually engaging.
8.5/10