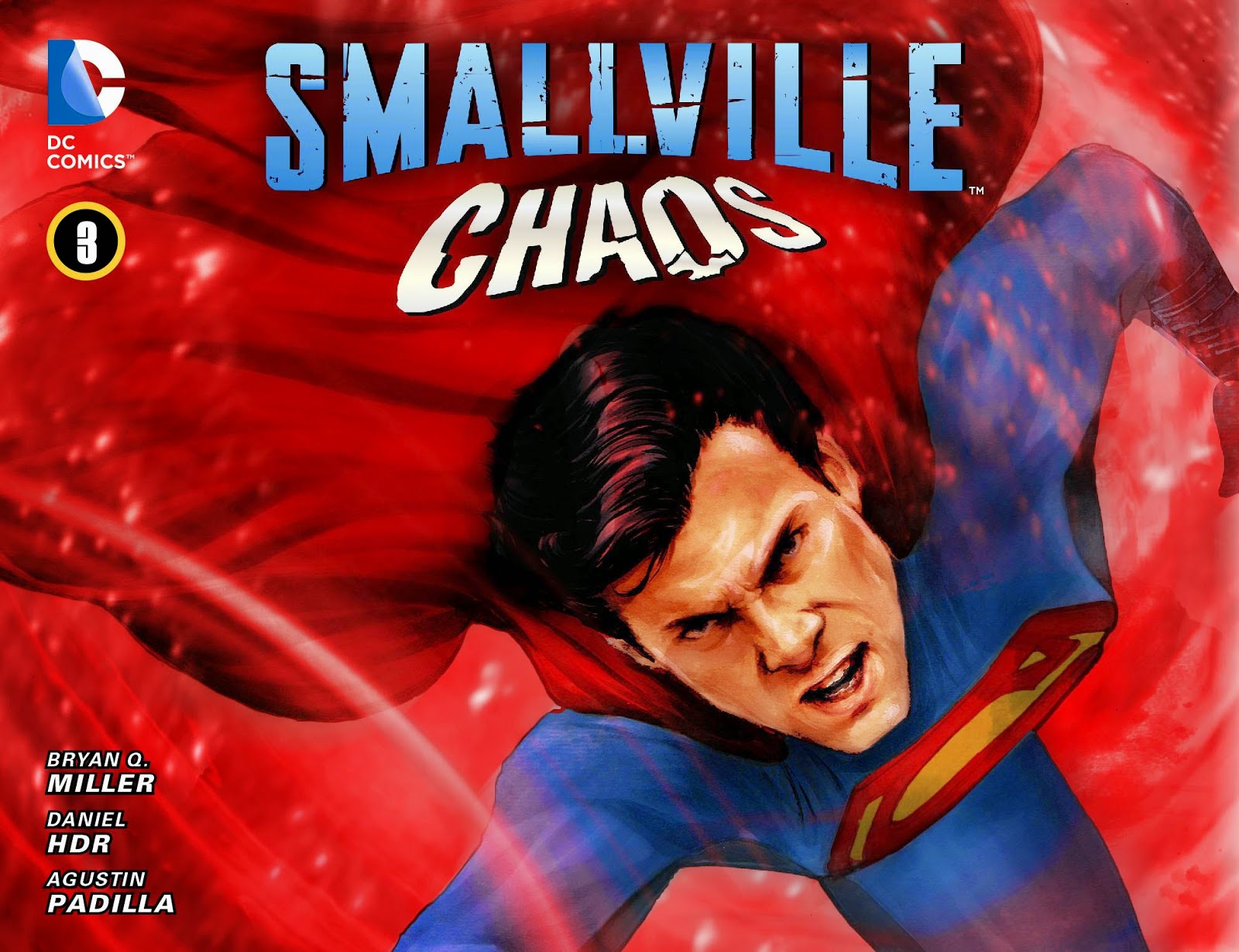 Smallville: Chaos is the latest miniseries stemming off of Season Eleven and after two issues, I'm hooked.  What I've really liked so far is that Chaos is really touching on everything that came before and bringing it all together into one big Crisis.  Yes, that's Crisis with a capital "C". This week we get some Lex, a reveal and some awesome alternate earth action.  In other words, Smallville is an awesome comic, Smallville is an awesome comic...

The book starts with Lex.  He plays a little possum with Kord and Holt, pretending not to be interested in their program.  Of course he's interested, He just watched Superman and Lois disappear into thin air.  In fact, he was pretty much responsible.  If there's anything Lex knows, it's a hostile takeover, but I'm not sure anyone was ready for how he goes about it.  Like I said above, Miller is touching on everything that came before.

Next up, we get to see more of the black gem.  You know, the one that Superman crushed in the first issue and turns innocent people into harbingers of some unknown threat.  Well, the heralds are multiplying and we learn who the threat is.  It's one of those reveals that makes you slap yourself in the forehead like you should have had a V-8.  It makes total sense and I should have seen it coming a mile away, but am so glad I didn't.  It makes it that much better.

The book ends with Superman and Lois.  They are trying their best to figure out where they are exactly, but detective work is hard when you're being attacked.  When they finally do get a chance to look, they find some familiar faces that are pretty shocking, but may have some of the answers they need.  Unfortunately, knowing what's going on isn't half the battle, but one step closer to annihilation.

Bryan Q. Miller does such a great job with this issue.  Each of the plot lines is interesting enough to support it's own issue and the pacing of each is perfect.  We actually get three awesome cliffhangers in one issue.  All that for $0.99?  I'm not moneyatician, but that sounds like a bargain to me.

The art is shared between Daniel HDR and Agustin Padilla again and again it's great.  I usually bitch and moan when more than one artist is on a book, but I have no complaints here.