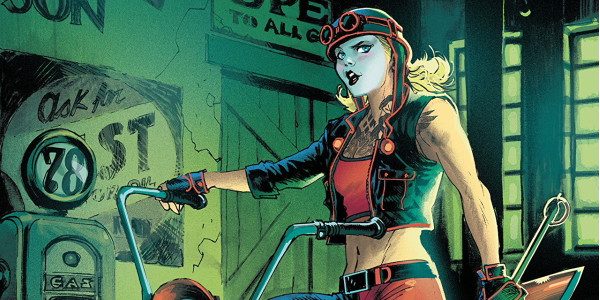 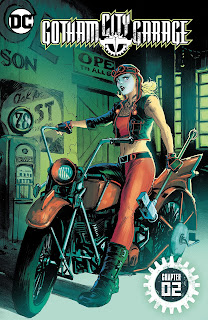 
Gotham City Garage may not be packing the hype of some of DC’s other titles, specifically along the lines of Metal or the Doomsday Clock, but the first issue was extremely solid and had me hyped for issue two. So how does Kara’s meeting with these newly introduced ‘Chicks on Bikes’ end up going? Let's find out.


This issue resumes right where we left off with Barda, Catwoman, Silver Banshee, Harley and even Kara, for the most part, easily handling what we find out to be are Robocop-esque police units of this domed ‘utopia’. After the threat is taken care of, Kara agrees to head back to god knows where with these woman, and they all ride off. 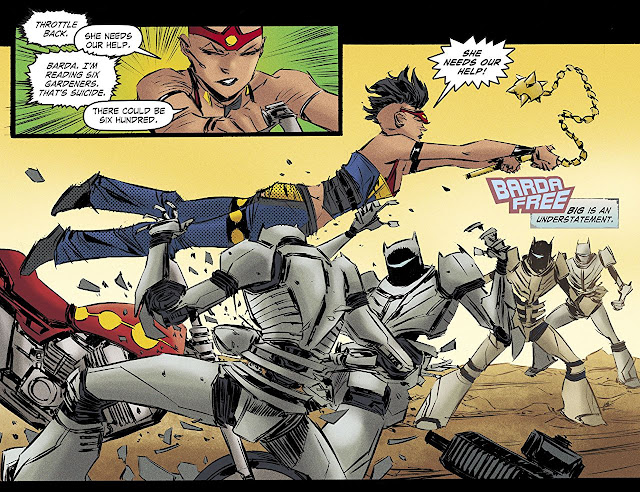 Here we find out where the comic gets its namesake from, as the rescue committee takes Kara back to the actual, Gotham City Garage.  Unfortunately for Kara she isn't as welcome as she initially thought and must prove herself not to be a spy to Natasha Irons. Natasha seems to be the bad bitch in charge of this show eventually deciding all is on the up and up, for now, allowing Kara temporary reprieve.


Kara is introduced to this new hideout, whose existence she was completely unaware of until now. Kelly and Lanzing do an excellent job here of catching the reader up on these new characters, motivations, and why they are in conflict with the domed city from the previous issue.  At night we get some good narration from Kara as she discovers her own motivations and reasons for hope in this seemingly doomed future landscape. 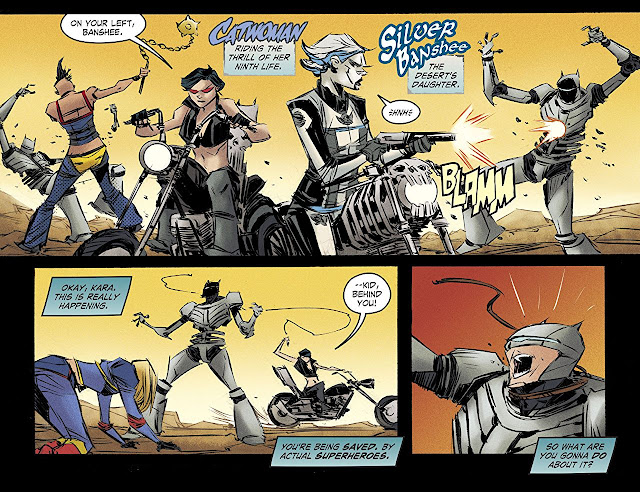 The issue concludes with some very interesting back and forth between Gordon and Batman, filling in the gaps of some of the history we’re still in the dark about.  This scene concludes with an extremely shocking moment, between two characters with a long shared history, that needs to be seen to be believed, so I won't spoil it here.


Overall I'm extremely impressed with the world building and character motivations thus far in just two issues of this digital series and so far I'm completely hooked.  I'm really digging this elseworlds tale, I find myself wanting to know more about its past, what characters are still left lingering around, and how it all ties together. 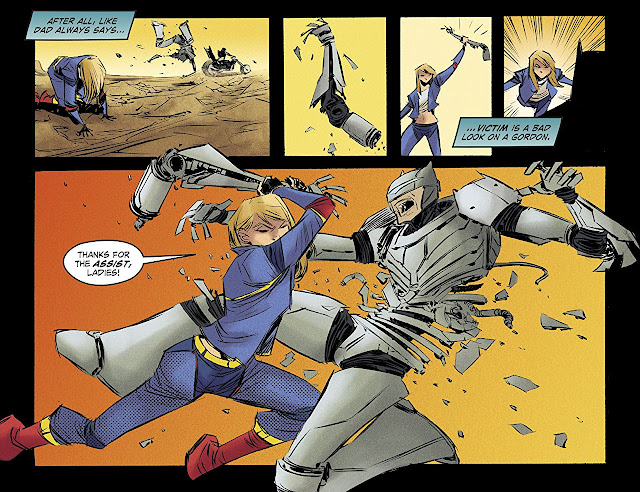 The art by Brian Chang and Fitzpatrick really suits the tone of the title and has been a great match so far for this series.  I hope they get the chance to remain together here for the foreseeable future for a consistent look and feel throughout the titles run.


Gotham City Garage is a high octane hit! Chapter 2 (of the possible biweekly series?) is just as strong an issue as the debut all while answering just enough of the lingering questions I had. I really look forward to the coming conflict, and mystery of Kara’s history, there’s a ton going right here … check it out.