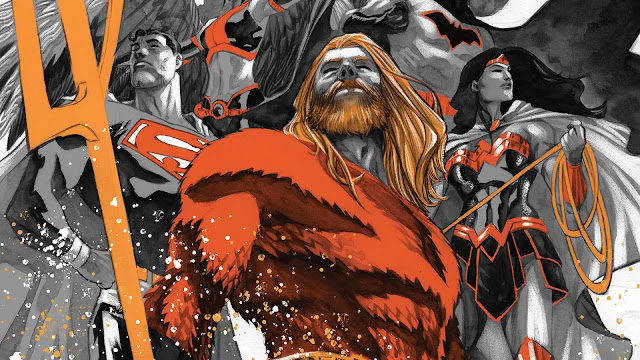 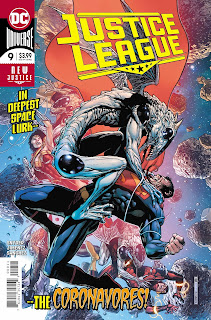 After the last Legion of Doom interlude, I can't wait to get back into the meat and cheese of this series.  A whole lot has gone down and I still feel like we are waiting for some more answers to get us on solid ground as we go forward.  So, does Scott Snyder jump back in and give us what we want?  Let's find out...

The issue opens with Superman putting the moon back together.  Yep, if you haven't been reading the entire series, the moon is in pieces and Supes is doing his version of "All the King's Men..." and while I do think he will have better luck, Batman is playing backseat moon fixer-upper here. 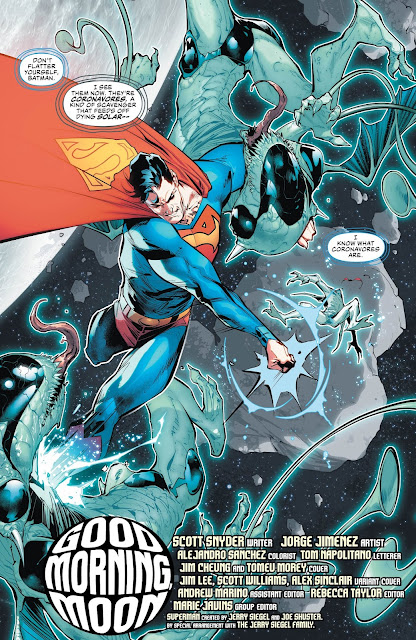 It seems that Batman is one of those guys who can't fix things just the way they were and wants to make a Super Bat Moon!  Magic, Boom Tubes, whatever it takes to make it better, he is all for it.  Unfortunately for him, he is in the middle of getting intensive surgery from Mister Terrific so all he can do is yell and mumble...we think.

While this is going on, we head off to the Hall of Justice for a little tour and what amounts to a cool down issue that is all about character and interactions. I did not expect this kind of issue at this point,  but that's not an entirely bad thing.  We get a fun little scene with John, Barry and...Ferdinand!  However, the best parts are with Aquaman and Wonder Woman.   We are a bit forced into a walking tour of the JL members domains, but it is a cool way for Snyder to show the reader each member and how and where they spend their downtime.  We even get a little bit of a Drowned reminder and a laugh at Batman's expense. 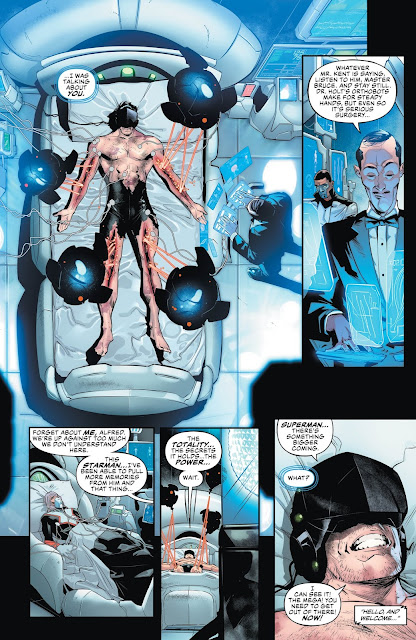 We continue with Kendra and Martian Manhunter and get an answer to a question I wasn't that concerned with, but the scene sets them as tighter partners and points towards Thanagar Prime and hopefully more answers.

The issue ends with Superman putting the moon together against Batman's wishes, but also shows how f'd up Bruce is and what lengths he will go just to get his own way.  I am left with a feeling that Batman will have an I told you so down the line, but for now, at least the werewolves of the world have their moon back. 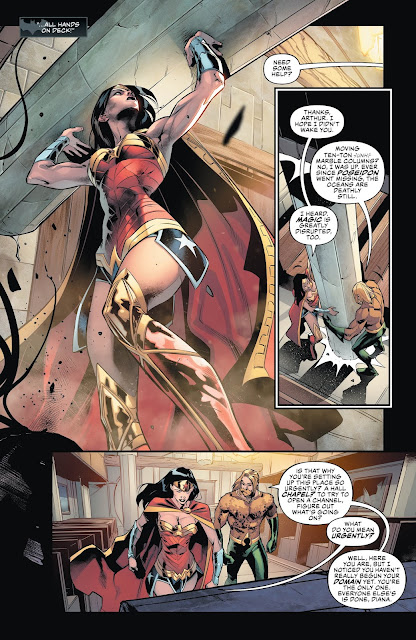 This issue was one of those nice issues that doesn't push the story forward much and while I have to take points off for that, it also had some feel-good moments that we rarely get any more in this dark DCU.  The art was great and the cafeteria scene let Jorge Jimenez flex his muscles and show he can draw just about any character Snyder throws at him.  In the end, I really want some more answers, but I will have to wait.

A nice character issue that seems to be waiting for the Drowned event coming up.  I liked the character interactions and the art was fantastic, but I couldn't help feeling a little disappointed after the big Legion of Doom issue we just got.  Disappointed, but not overly let down and still onboard going forward.