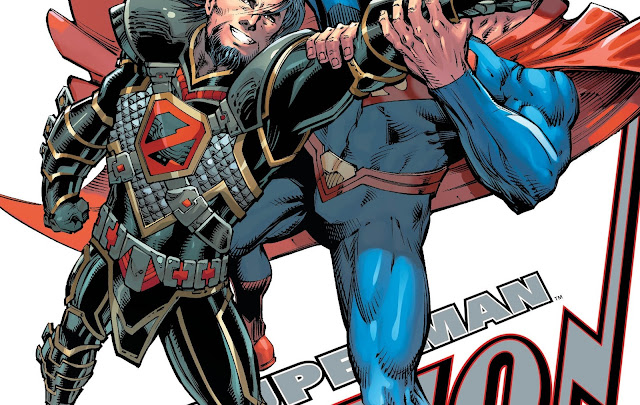 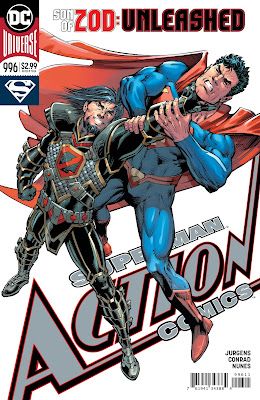 Our "Booster Shot" story continues here, where previously we saw everyone getting acquainted with Booster Gold's origin story from Gotham City in the 25th Century, but as we continue our time travel adventure, we saw Booster and Superman crash land on a strange planet that seemed to be ruled by General Zod.  That's right, it seems that Zod and his family conquered a planet after the Superman Revenge Squad arc and our two heroes are trapped on it.  Let's jump into this issue and see what the game plan is and if we're actually in the present or the future.  Let's check it out.

Our issue begins with Lois Lane getting into Logamba so that she can save her father from a firing squad, which has been the background story of this whole arc so far, but by far is the least interesting part of it.  So, to get you through this as quickly as possible, Lois uses her connections with people in the county from when she did a story about the corruption there from years ago and while she does this, Superboy watches in secret to make sure his mother is okay. 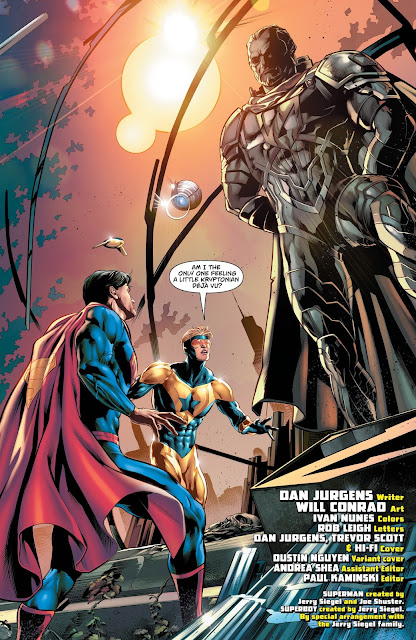 Now that we've got the Lois Lane story covered, let's head back to Booster and Superman, who find themselves on New Krypton decades in the future from the last time that Superman encountered General Zod and even though Booster Gold and Skeets keep telling him that if they get replacement parts for the time sphere that they can go back to the present and stop all of this from happening, Superman just can't get it through his head and wants to save all the slaves on this planet.  Yeah, it's a Superman thing to do, but it also continues Superman being a dick and an idiot and it's a bit disappointing. 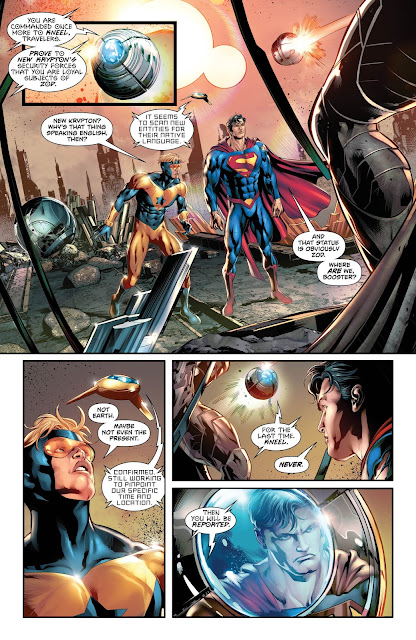 In the end, it seems that the real Eradicator has been watching Booster and Superman this whole time to see what they would do and after a big fight and Skeets spilling the beans about a Earth/Krypton war that's coming up in the future, Superman is subdued by a now grown Lor-Zod, who looks like he's ready to put our Man of Steel down. 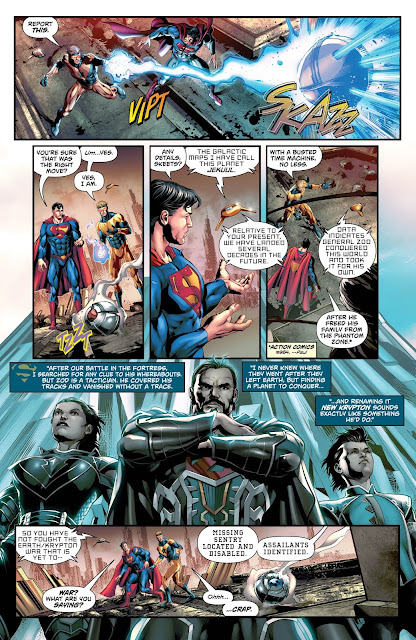 That's it for this issue of Action Comics and while I've hated the depiction of Superman through this arc, this one seemed a bit better than usual........ not perfect, but better and with that, we finally have a bit of this story that seems interesting, even if it can easily be written out by time travel later on.  So yeah, there's a mix bag here with everything, especially for the continued Lois Lane story that is moving at a snail's pace, but all in all, this isn't a bad issue, just one that like the rest of this arc seems kind of pointless and forced due to the time travel aspect of it.  I'm just happy that we didn't have more of Booster's backstory forced into it.  The art in this issue was great and I love seeing the grown up Lor-Zod, but the story with the time sphere getting damaged over and over again is a bit ridiculous.

While I haven't been the biggest fan of this arc, this issue does at least go into some interesting territory whether it matters or not in the long run because of the time travel aspect to this story.  Thankfully though, we don't have more of Booster's backstory forced in and get great art the entire way through.  Not the best issue, but definitely not the worst of this arc.