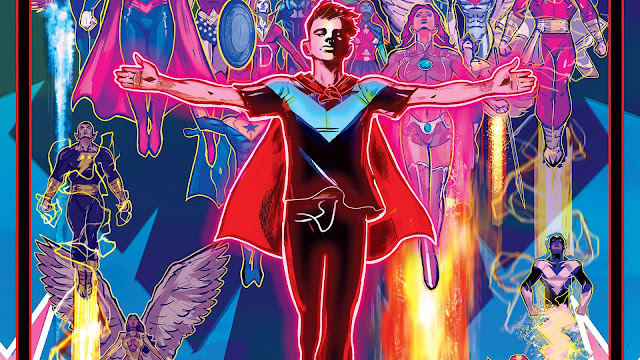 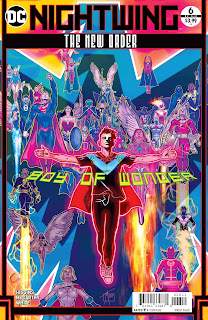 I have really enjoyed this book and while I am excited to see how it ends, I don't want it to be finished!  Maybe we will all get lucky and DC will let Kyle Higgins return to this alt-future, but I'm not holding my breath.  Really, I'm not...I'm not very good at that and tend to pass out easily.  Anywho, was the ending all that I wanted it to be and justifies me giving Higgins my Writer of the Year for 2017?  Let's find out...


The issue begins with Jake watching an old video of his dad's days as Robin it continues to show the difference between the "good old days" and now that becomes more and more important in this finale.  After he continues to give his mom the cold shoulder and we see that Lex is still working on the cure, Dick Grayson enters the scene and pretty much breaks my heart.

Being a huge Grayson fan, seeing what he does here seems so out of place...except in this book.  He pretty much sells everyone out to Kate Kane and the Crusaders to get him and Jake free.  Believe me, seeing the cool collection of characters with Kate was cool, but still...broken heart!

After Dick and Jake speed off, we get a battle royale and it's pretty cool.  The standouts are Lois, Red Tornado and Lex...and his robots!  As the fight rages on, we get a father/son moment with Dick and Jake that puts everything in perspective for the former Robin. 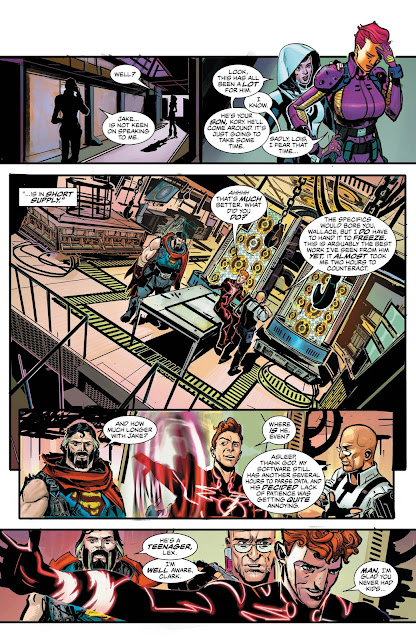 While I love what happens because of this, it just happens too fast.  This was the beginning of an itch telling me that this story needed (deserved?) at least two more issue to really flesh out the ideas being presented here.  That feeling got even stronger as the tide of the battle turned in favor of the good guys and Lex showed his true colors...not in a bad way, but in a very Lex way.

The issue then rushes to an ending with an "all for one and one for all" feel that really didn't feel earned and then awkwardly pushes aside a pretty cool moment where it looked like a major character may have sacrificed himself to save everyone.  Seriously, for a series with so many great moments, this finale is ripe with missed opportunities.  Kyle Higgins ends the series with the continued narration set up from the first issue and while it is a bit cliched, it was nice enough for fans of Dick Grayson. 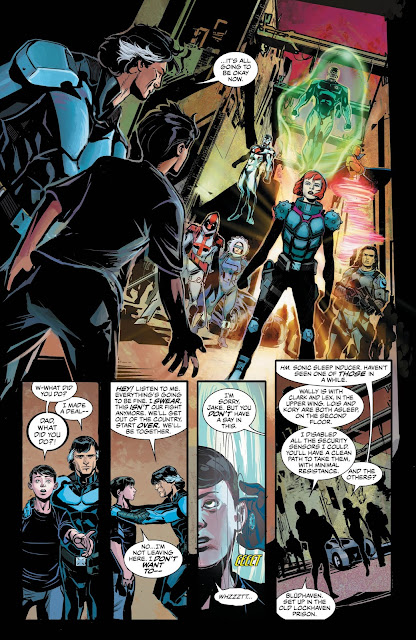 I hate when I review a series like this and the finale is my least favorite issue.  Sadly, that's the case here.  I really think there was a lot of story left on the table and most of what we got was rushed and condensed.  I still liked this mini-series a lot, it's just that this ending now keeps me from calling it "great".  Oh well, good isn't bad, is it?  Of course, it isn't!

While it's a shame that this ending felt so rushed, I can still recommend this series to fans of Nightwing and elseworlds stories.  The art in this issue was really good, I just wish Kyle Higgins was given a couple more issues to tell this story.