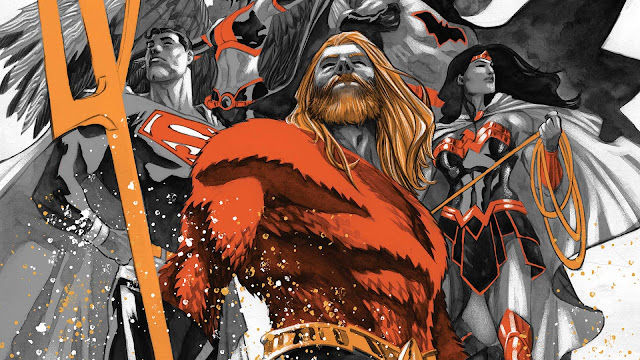 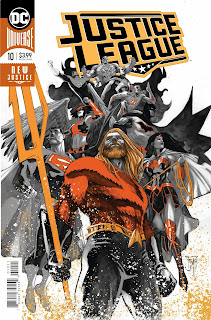 I have really been into all the Justice League books so far and while The Witching Hour story is nice for those magic loving fans out there, I've been waiting for Drowned Earth to start.  I just like the big book doing big things and the idea of Old Gods (Space Gods?) flooding Earth sounds like the beginnings of something really big.  Well, the wait is over and I am here to give you the what's what on this Drowned Earth Prelude happening in Justice League.  How was it?  Let's find out...

The issue opens up with a flashback to Aquaman's youth in Amnesty Bay.  We see little Arthur out with his father on their boat (with a very appropriate name!) and I don't think this counts as a "be careful what you wish for" moment, but when Arthur wishes for more uncharted seas to explore, you just know the squid is going to hit the fan! 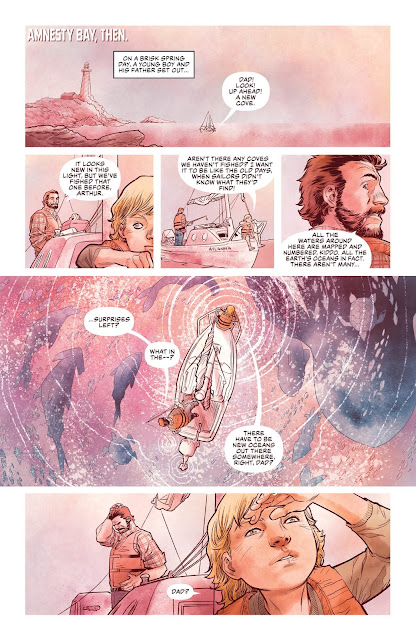 I am a huge Francis Manapul fan and the first thing that hits you when you start reading this issue is how great it looks.  It really is stunning and I love the sort of washed out look of this first scene that makes it look like a slightly faded memory.  I also like that we get to see his dad's boat seaworthy after seeing the sunken version in Aquaman's Domain last issue.

We head to the present where Wonder Woman, Arthur, and Firestorm are in the Arctic Circle being lead by one of Poseidon's bottled ships on a wild, Atlantean boat chase.  When they mention the key to the Graveyard of Gods, we know that is what is going on, it's just what happens when they find it that is the question. 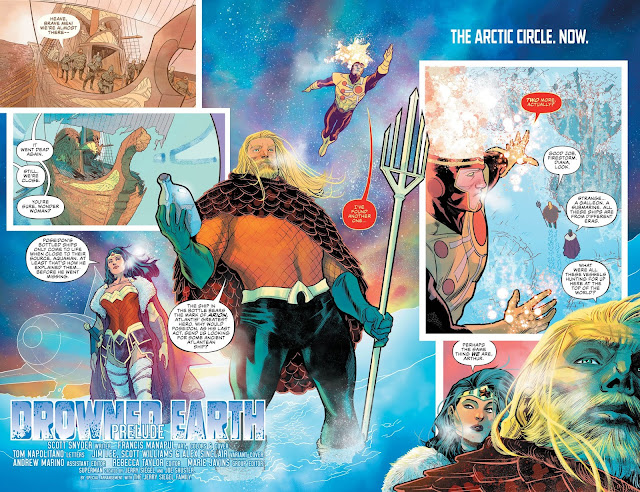 I loved seeing Firestorm here!  Reading all of the Justice League books since the New 52 started, it is pretty obvious that DC is not very flexible with the team.  Yea, we had Lex Luthor join and leave and I am still waiting for the return of Element Woman, but it's been a pretty standard lineup.  That's one of the reasons I love this book, though, since Scott Snyder has shaken up the team and keeps adding guest stars, one bigger than the last!  The best part is that Snyder doesn't have to explain anything since if the Justice League calls you, you show up!

While this is going on, the rest of the League is looking for the Legion Of Doom HQ and instead find Lava Man/Men!  They also find a deep space beacon (thanks to Adam Strange!  Remember, if they call...) that is crucial to what is going on. 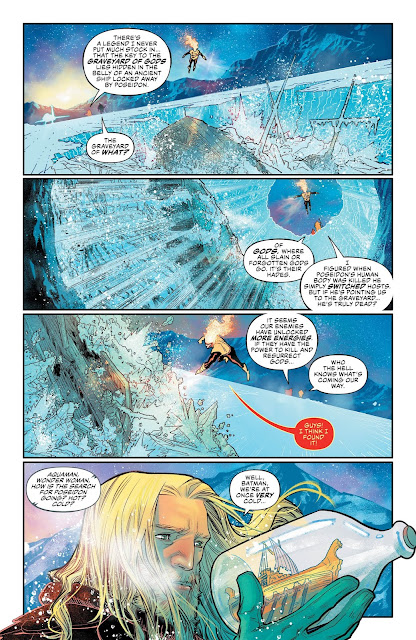 After seeing kickass full body cast Batman and a reminder of what Hawkgirl, John Stewart and Martian Manhunter are up to, it's back to this issues main attraction.  Aquaman, Wonder Woman and Firestorm continue exploring and are attacked by a sea/space Kraken.  I don't want to spoil too much, but the Kraken attack isn't the best thing for Firestorm and sets up a big rule for the event. The issue ends with Aquaman finding out there are other seas to explore, but they are not always friendly and Scott Snyder plunges the Earth into the Drowned event and it feels big! 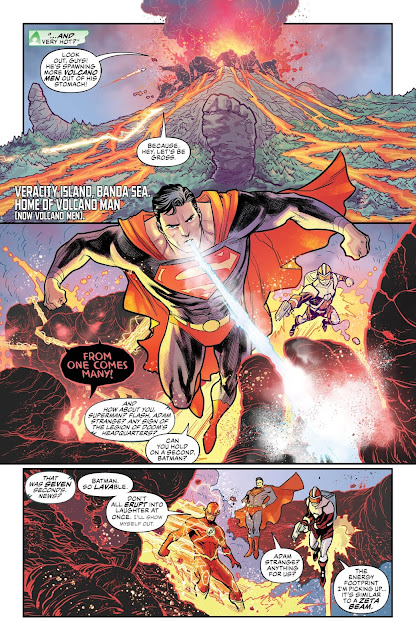 If this prelude is any indication, the Drowned Earth story is going to be really good.  Snyder has been setting us up for this for a few issues and I am already having a blast!  Francis Manapul's art is great and the story feels important.  Plus, we get some cool guest stars and I really hope that keeps going on.  As an aside, those who were mad at the lack of Aquaman during No Justice are getting their guy here.

Scott Snyder kicks off his Drowned Earth story and it's fun, feels big and looks great thanks to Francis Manapul.  I am all in and can't wait for the next issue!