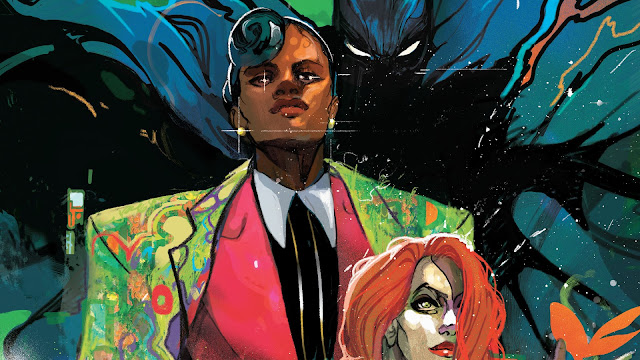 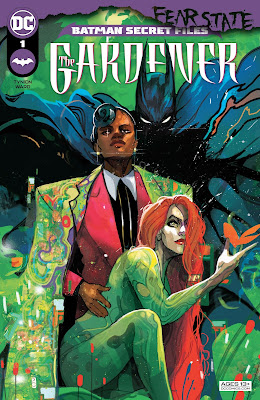 Even though we're almost out of Fear State and have had no real background on the new character The Gardener, who's someone who used to work with Poison Ivy, I guess this is a better late than never situation. It's time to learn the background of Dr. Bella Garten and see how she's not only connected to Poison Ivy's past but how she's a part of what's currently going on with her and what the future of Pamela Isley will hold. Let's jump into this Secret File and check it out.

For our Secret File about the Gardner we discover that we're playing with Neil Gaiman's Post Crisis origin of Poison Ivy, tying her in with Jason Woodrue, Alec Holland, and Linda Holland but letting us know that Dr. Bella Garten, the Gardner was among the group and beyond this aspect..... There's not a lot of interesting things about this issue since it's called The Gardener and all we really learn new about her is that her parents died and a couple that took her in had a garden and she learned the importance of a seed. Yeah, this concept will tie into why we have two Ivy's currently but it feels kind of weird and out of nowhere that we have callbacks to the Everyone Loves Ivy story and her death in Heroes In Crisis but feels like it omits the Year of Villain Harley Quinn/Poison Ivy story to get to a point that allows The Gardener to be a part of what's currently going on. 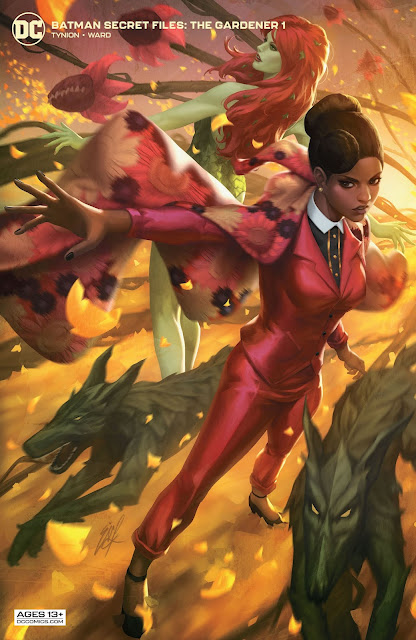 Adding this extra lore to Poison Ivy to make The Gardener feel like she belongs in this world is appreciated, I just wish that the comic was presented in a way that was more exciting because the presentation was akin to hearing a lecture with a slideshow in a class you've already taken, where nothing came off that dynamic and the new information was small compared to things that have already been known. That being said, I do want to know how the Poison Ivy double-mint twins situation works out, even if I would have liked it to tie into Year of the villain a little bit more and had less to do with brainwave copying and being turned into seeds. 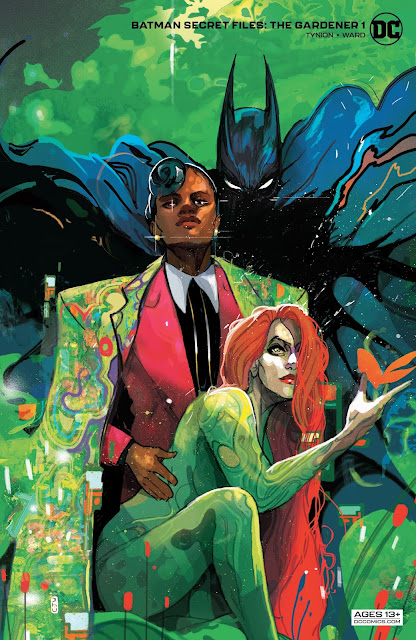 All in all, the stylized look of this book gives this issue an interesting feel but the way that we're just shown random images with a matter of fact narration style that James Tynion loves to use made this Secret File come a bit bland overall and the information that was being presented wasn't all that new or fresh in my mind until we got to the end of the issue and even that came off a bit weird and ambiguous. Yeah, I like that we have a background on The Gardener that ties into Ivy's Post Crisis origin but with Fear State almost over and what we've done with the character throughout that event I don't know if this is more of a too little too late situation or a situation that never really needed to happen. Hopefully, that's not the case though as because I would really love a strong Ivy push in the aftermath of this Fear State event..... maybe even, a War of The Green. That's just me though.

If you're looking for some serious new information about The Gardener, I feel like you're not going to find it here but more of a recap of Poison Ivy and a strange explanation by the end that feels like it retcons previous events to tell us why there are two Ivys. The art is decent but the way that the writing and the art merge to tell a story comes off pretty bland overall.