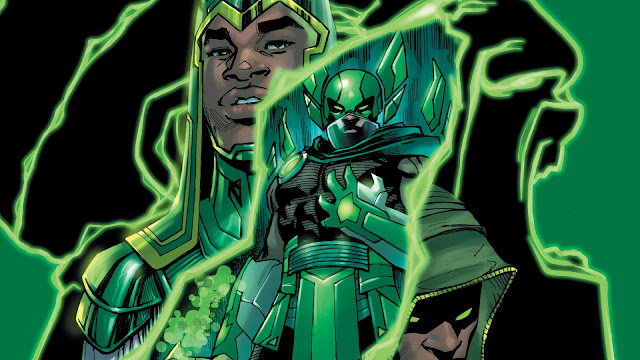 A Tale Of Two Guardians 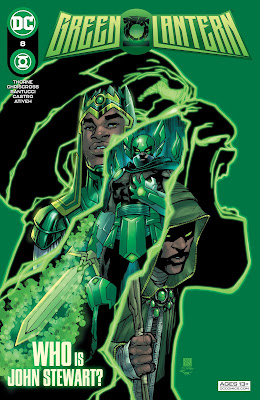 The Green Lanterns have been hurting lately, with the attack on Oa and the Central Power Battery being destroyed, leaving our heroes powerless besides for a select few who are a little different than the rest including Jo Mullein, Teen Lantern, and Hal Jordan. Since that start, we've seen this book become two stories wherein one we see John Stewart going off to help Kilowog, while the New God Lonar tries to get John back to his Mosaic godhood and our second tale is all about Jo Mullein getting to the bottom of who the attacker was. Let's jump into this issue and see where these two bits take us.

For this issue of Green Lantern, at least for our first story, we explore the idea of John Stewart becoming an ascended god-like being, and sadly, me saying exploring is a bit of an exaggeration because all we really do is reach the planet of Anticitus and see that John is blasting away at the threats that are coming after Kilowog and Hannu before entering a portal to take on the strange dark sector angels who worship the "Lightbringer". I wish this section would have had some kind of recap or editor's note because while we had some background on what was going on here two issues ago..... I was totally lost at first and had to go back and read issue #6 to have any clue at what was going on here and sadly, finding out doesn't add anything to John just being a mortal god and that's just kind of disappointing. 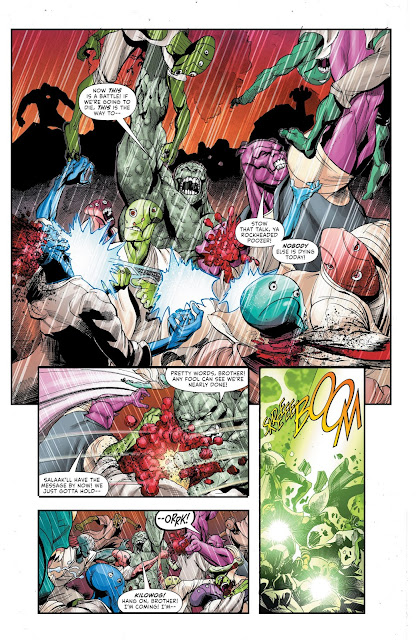 For our second story, we continue to deal with Jo Mullein and her getting to the bottom of the death of the Guardian Koyos and the subsequent explosion of the Central Power Battery and while this mystery gets kind of interesting by the end of the issue...... kind of as in it's not something that's all that new but new to this story, the rest of the issue seemed really heavy in the pseudo info dumps it was giving us because we're seeing instances of the past that seem big with the Guardians but are given zero context for them and a secret cabal of Guardians doing things we don't understand yet. Beyond that convoluted aspect to this story though, we do get Jo Mullein showing why she should be leading the Corps right now and I really dug that aspect to this book...... I just seriously needed more about the rest though. 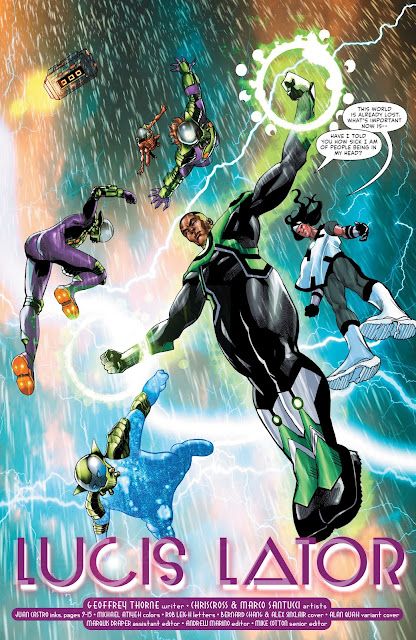 All in all, while I have been enjoying the art in this series, for the most part, the first story's art I found a bit hard to follow with God-like John flying around blasting everyone but thankfully the second Jo Mullein story looked fantastic so there's that. As for the stories...... Well, I feel you'll definitely get more out of the Jo Mullein story even though it feels like it's being told in the most convoluted and mysterious way possible but where we should be dealing with one of the most important stories in John Stewart's storied career, you somehow don't get much out of that at all and I initially felt lost getting back into that story and I feel like that will happen to a lot of people for the lack of recap given. I really like the ideas that this series is throwing out but sadly this issue didn't feel like it used those ideas to give us the best issue.

As usual, we've got two stories here and for our art, it's a mixed bag where I really only enjoyed the Jo Mullein art and as for the stories...... Well, there were a lot of problems with both aspects to that but the Jo Mullein story pulled out some interesting aspects, even if it felt a bit confusing throughout. This issue is a bit of a miss overall even though we ended on a kind of interesting cliffhanger.