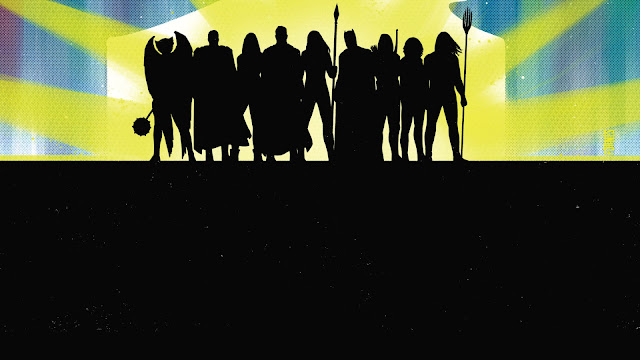 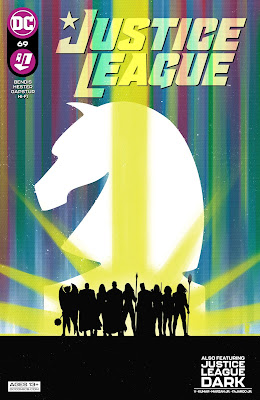 Even though the timeline doesn't add up, we've got the continuation of Checkmate in the pages of the Justice League, even though we still don't know the outcome of that book....... Well, technically, I guess we can say that our heroes beat Leviathan and are now being hunted down by fake Deathstrokes for some reason and it's going to take the combined efforts of both this secret sect and our Justice League... and Leonardo Lane too I guess, to get to the bottom of what this new big bad is planning. Let's jump into this issue and check it out.

With our heroes taking out the Deathstrokes from the previous issue, it's now up to them to get to the bottom of who sent them and why....... and this idea will take you on a long journey of sing-song dialog that makes the characters feel stupid and not themselves, not to mention it really felt like there were three times in this issue that the characters talked about how stupid this story is and while I haven't been a fan of really anything Bendis has done since he's come to DC, these moments make me really think that there might not be any fucks left to give from Bendis. So yeah, we discover who is the big bad of this story and apparently, it doesn't make any sense to me or the Justice League...... So there's that. 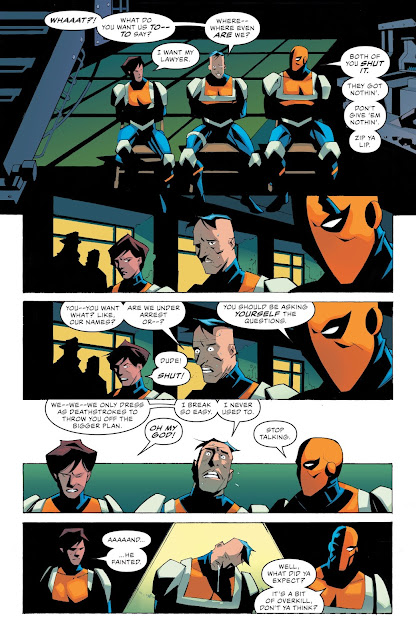 As for our Justice League Dark backup..... which at this point is why what feels like most people who are picking up this book are buying it for, we have our heroes deal with the fact that Zatanna has started to unleash the Upside-Down Man within her, while another group of heroes has to deal with Merlin. The cliffhanger to this backup is pretty great but sadly the majority of it was kind of hard to follow because of the art and didn't really feel like it achieved much overall. 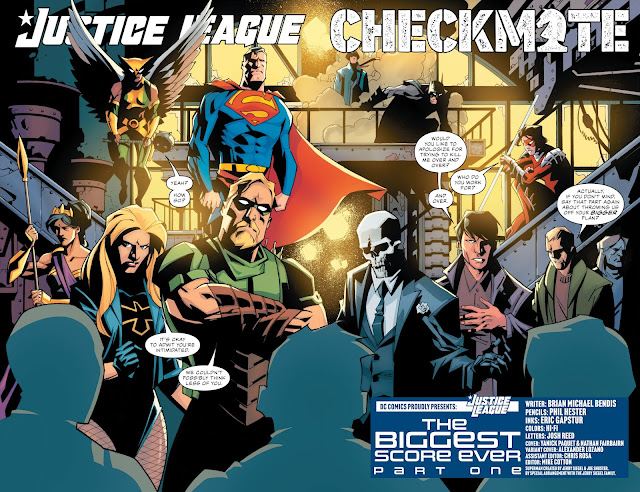 All in all, the Justice League title continues to be a disappointment all around. I'm not a fan of Phil Hester's art, Bendis feels like he's given up on trying to write a story featuring these characters and has never felt like he's understood them before this so it's pretty much a shit show for me all around as we push a Checkmate story that means nothing for the most part since the Checkmate finale hasn't even dropped yet. Not to mention we continue to only push concepts and ideas that Bendis has used in other stories, even his Bermuda Triangle Fortress of Solitude by the end of the issue, and the worst thing about this issue is that while I really dig the cliffhanger to the JLD backup, the majority of that chapter didn't feel like it did all that much. DC needs to change things up here because their flagship book just comes off as a kick to the face to the fans who love these characters.

For anyone who's still picking up the Justice League book, I can at least tell you that you'll get an interesting cliffhanger to the JLD backup...... beyond that you'll probably have a tough time figuring out something to like about this book... I know I certainly did. The art is rough, the stories don't do much... but damn, what a JLD cliffhanger.