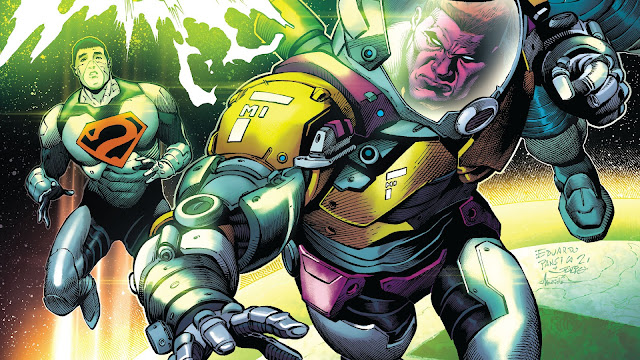 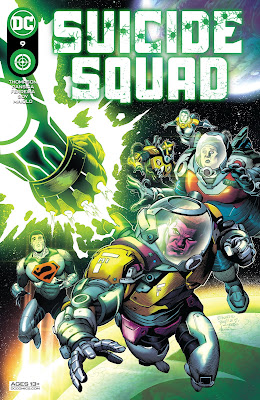 Amanda Waller is on the run. After jailing Rick Flag, cloning Superboy, and being an all-around nut, it looks like everyone is gunning for The Wall and because of that, we have our team on Task Force X Island, an unknown place, where she continues to figure out her ultimate goal in making a world that's safe from everything.... and from what we saw the last issue, that somehow includes making zombies with Lazarus Resin. Let's jump into this issue and see where our adventures take us this time as Waller continues to get more and more bat shit, while Rick Flag puts together his own Suicide Squad to take his former boss down. Let's check it out.

For this issue of Suicide Squad, we continue our scavenger hunt-style story where previously we saw our Squad go to hell to screw around with what was going on in the Shazam! mini-series and now they're off to Oa to try and get that Green Lantern rub and while the Squad going after Swamp Thing was a fun idea before, the idea of them jumping in all these other titles in a small innocuous way is just kind of wearing thin and ultimately this jaunt doesn't really do much for me when you have a great team that should be doing great stuff but instead is stuck in this weird situation. 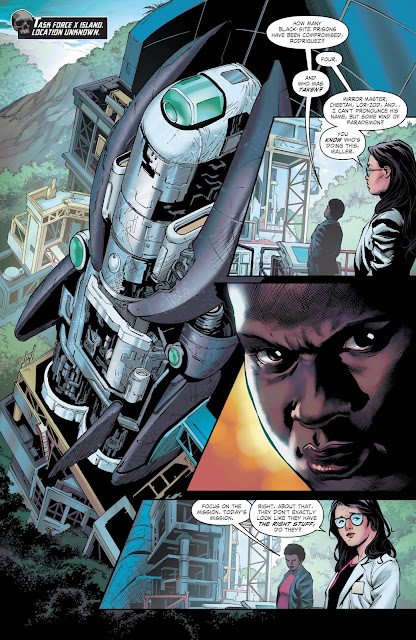 The situation of the story aside, you do continue to get great looks at the characters that I've come to love and continuing with their interpersonal drama and relationships, not to mention the side stories of the double agents within Waller's camp and the continued advance of Rick Flag and his new Suicide Squad that he's putting together to take Waller down. So yeah, there's some great stuff going on here but blasting our Squad off to Oa and having to take on Jo Mullein during what's going on during the Green Lantern title feels weird and forced and I just don't care for it. 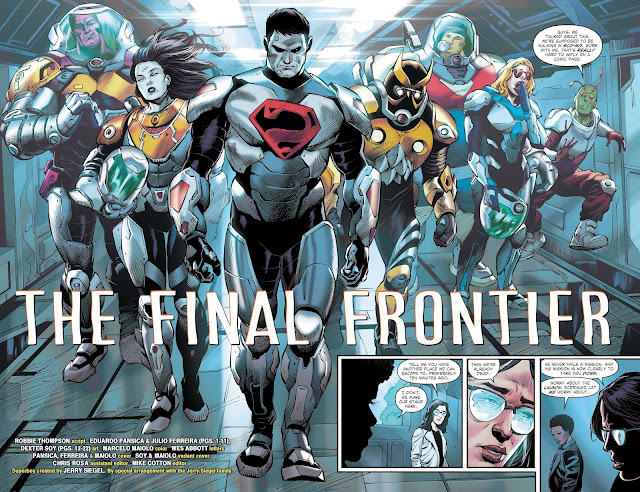 All in all, the art in this issue is great and the character moments of this story continue to be great as well but when our Task Force X start doing things outside of their paygrade in a way that feels like it's jumping the shark for them....... even though we are in a comic that does comic things, it just feels like we don't have much of an overall story for our characters beyond what Amanda Waller's grand designs of taking over Earth-3 are and while it could end up fine by the end when we just go to places like Hell or Oa and go to grab something that we're not actually told about, it just feels like it's something that's just done simply to give us an issue and it feels kind of cheap. Hopefully, this will all be resolved and made to feel important later but right now I'm not digging it but can at least take solace in the way the characters are being used because they continue to develop and become more interesting with every issue... I just wish that they were the main focus....... Not to mention, this issue I found Ambush Bug kind of bearable.

While I continue to love the characters being used and the progression in their relationships with one another, not to mention Amanda Waller's eventual day of reckoning when Rick Flag finally comes to town, the overall going to Oa plot was a bit of a wash for me and makes me wish that our Suicide Squad could do more than show up in other character's stories. That being said though, the art was great and Squad is still solid.