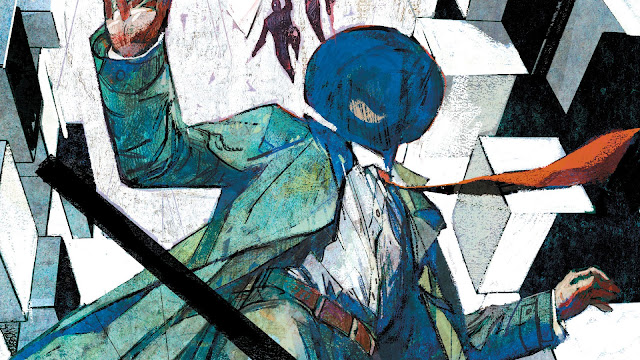 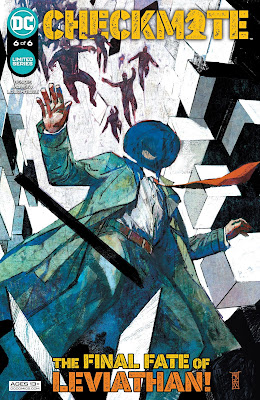 It's the ending to the mini that nobody asked for and the idea that it's ending is supremely crazy to me because for the last five issues and most of Event Leviathan, it hasn't felt like we've done anything but reveal Mark Shaw as the bad guy, which shocked everyone...... in how uneventful that reveal was because nobody cares about Mark Shaw and the majority of people have no idea who he is... So we've had that happen and it's been said that the agencies of the DC Universe were taken down, (even though they've all been pretty much fine for a long time now). Yeah, not a lot going on there and for this, we've had talks of "The Snowman's Ticket" which means nothing but Lois Lane's estranged brother Leonardo which makes no sense and means even less and the ultimate goal of Leviathan has been revealed to get the Heroes Network from the Hall of Justice. Let's just jump into this and end the pain.

Everything comes down to this issue where the agents of Leviathan are trying to get the Heroes Network, while Mark Shaw himself is going after the ever-elusive "Snowman's Ticket". The problem with these two things is.... it all just ends and nothing was ever accomplished besides the idea that Leviathan as we knew it..... not the one we knew previously, but the current one known one will change to become something else down the line in a story I'm sure fewer people will care about than this one. Also... there's some stuff in here with Talia Al Ghul that doesn't make any sense to what she's currently doing in the DC Universe, what with her being one-sixth of the people in charge of the Totality. 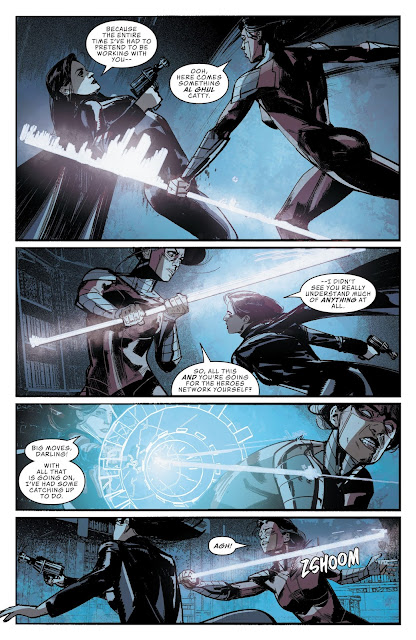 While I truly despise this story, I can't say that I love the art much more because for our final act of Mark Shaw for this Checkmate mini with him confronted the Daemon Rose, I couldn't tell what the hell was going on or why and had to simply go with what characters told me happened later on and that should never be the case. Yeah, there's a lot of letdown endings in this issue but I never had any real expectations for this story so I'm not sure if it should really bother me, but if you were one of the many, many people who were disappointed with the reveal of who Leviathan was, you haven't seen anything yet because the reveal of who Mr. King, the leader of Checkmate is....... Well, it doesn't make any sense, people know it for some reason, but there's never an explanation about how any of it makes sense. What a lousy book. 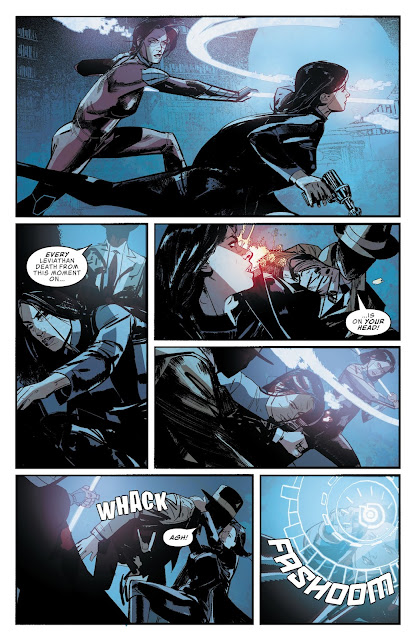 All in all, I'm not of fan of the art in this book and there was little to no story overall, not to mention that nothing in this mini feels like it's a part of the rest of the DC Universe...... you know, besides for the stuff that Bendis is currently putting out and thankfully for me, that's not a sandbox I like playing in so for my personal headcanon, this is all some Hypertime bullshittery that I don't ever have to worry about again. Back to the book, nobody really does anything, the dialog is terrible and the ending.... when it's not just nonsense is ultimately of no consequence.

Finally, Checkmate is over and we can all get back on with our lives in a world where the comics we love at least feel like they belong in the same Universe and where the characters we love feel like themselves or at least don't feel like the writer is making fun of them. The art in this issue made a would-be important scene come off incomprehensible and the story itself ultimately meant nothing. The only hope I have coming out of this mini is that no one ever references these events again and Bendis leaves DC soon.