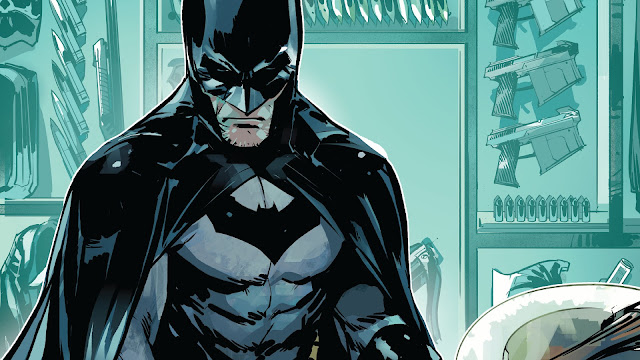 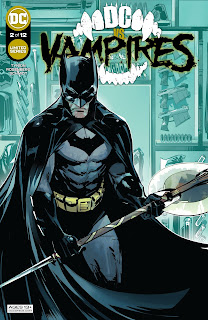 Writer: Matthew Rosenberg, James Tynion IV
Artist: Otto Schmidt
Cover Price: $3.99
Release Date: November 23, 2021
It's time to get back to the blood-sucking good time that is DC vs. Vampires.  In my review for the first issue, I wondered how a horror book would feel when we get to the middle of the summer, but this series has more of a DCeased feel than straight-up horror, and I'm okay with that, so far.  Sure, it didn't grab me as much as others, but I hope this issue does the trick. Well, did it?  Let's find out...
This issue starts with a horror feel as Vamp Jordan takes care of some dark business for his unseen Master.  Who is in charge is a big mystery I can't wait to see solved, but I'll give them props right now because grabbing Hal right away was a stellar move! But, of course, things aren't all hunky-dory since Andrew Bennett did disappear for a bit at the beginning of the last issue, and the Master is sure he spoke to someone. 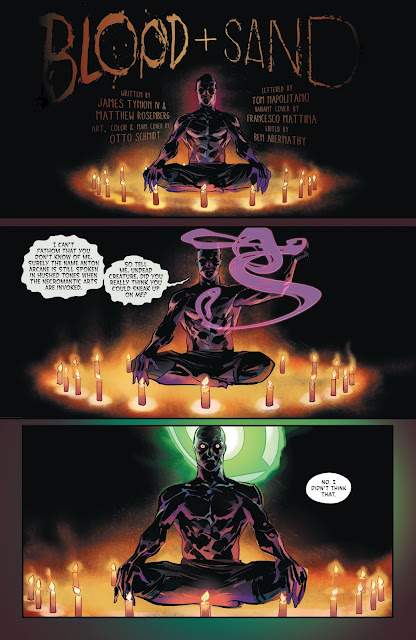 We know that someone was Batman, and we go to him, and the Bat-Family gathered in Wayne Manor.  This is easily the best scene in the book because it's all about Batman doing some dirty detective work.  It's hilarious realizing that Batman is testing to see if anyone in his inner circle is a vampire, including Alfred!  Yea, the jokes with Damian go a little too long, but not by much, and I had a smile on my face the whole time.
While that's happening, Oliver Queen is doing a little investigating himself, but he is more front lines stuff in a war that has already started, whether everyone knows it yet.  Oliver Queen, Vampire Hunter, is something I didn't think I needed until now!
While all this is going on, Hal's still working in the shadows eliminating and recruiting, and the issue ends with the former.  I won't spoil who bites it, but it's very personal for Hal and does an excellent job of showing that there is no turning back. 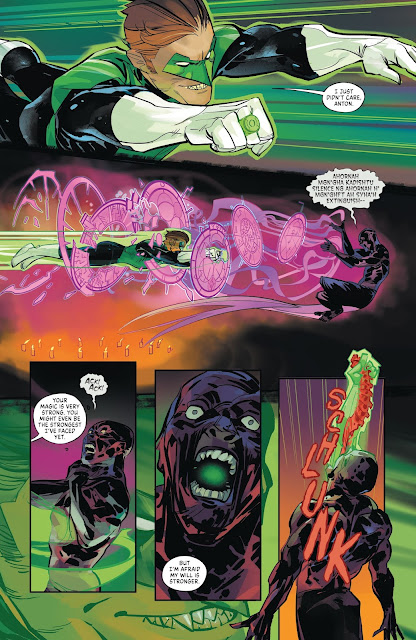 I liked this issue a bit more than the first one, mainly because of the multiple storylines.  A lot of the last issue ended up being "let me tell you what already happened," while this is setting up the stakes on many levels.  I still am not a fan of Otto Schmidt's art, but that's a personal preference thing and if you are, feel free to add some points to the score below.
Bits and Pieces:
After this issue, I am more invested in this whole DC vs. Vampires story.  There was more to sink my teeth into, and the multiple storylines and the cliffhanger raised the stakes.  As long as I am doing vampire puns, I'll end with, "this is one vampire story that doesn't suck!"
8.3/10
Posted by Jim Werner