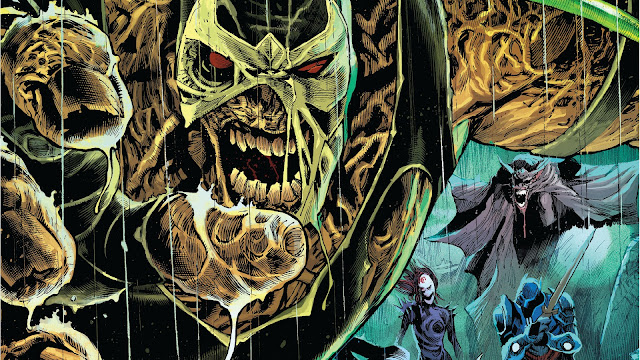 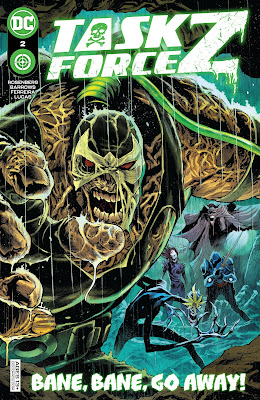 It's time to jump back into the weird world of Jason Todd and his undead crew of Task Force Z. In the previous issue we were introduced to Project Halperin, a group that is experimenting with what seems to be all the rage right now in DC Comics, Lazarus Resin and in these experiments, they have brought back to life Bane, Arkham Knight and Man-Bat and these zombified baddies along with Mr. Bloom and led by Red Hood are sent out on missions that as of right now, are all about recovering stolen or manufactured Lazarus Resin..... and maybe get some redemption in the process. Let's jump back into this series and see how Jason Todd fairs against Mr. Freeze and the Arkham Knight, who previously was on her way to eat our former Robin. Let's check it out.

Mathew Rosenberg isn't fucking around with this twelve-issue mini, where again this issue he brings the action, while also slowly divvying out the information about how the Lazarus Resin works and just how resilient his zombie teammates are..... since in the previous issue it looked like Bane and Man-Bat had bit the big one once again. Yeah, I still want to know more about Project Halperin and who's behind it but when you have an issue where you see the starting process of reforming the Cult of Kobra after the events of Event Leviathan only to have Jason Todd show up with his deadheads and completely fuck their shit up...... Well, that's personally a good time for me and I think it will be a good time for most of you too, especially when you where this assault leads. 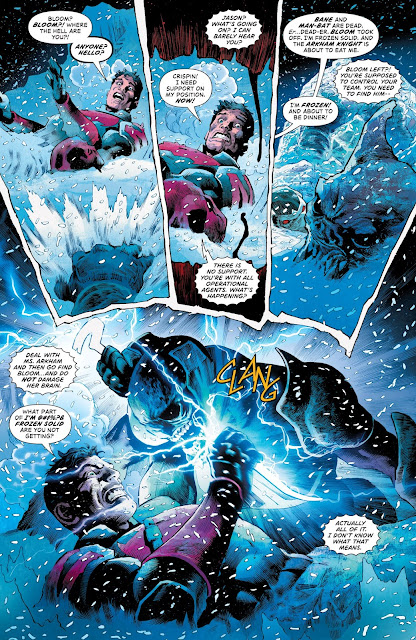 Yeah, zombie baddies are a weird concept and while we don't have the most information about this enigmatic group who is holding Jason Todd essentially hostage, we have ten issues left to go and I feel that we're getting enough information so far with each issue to keep me engaged in the story while having my mind blown with the amount of craziness thrown at us and that's without even mentioning what's really going on with Mr. Bloom and the secrets of our team's newest member, introduced this issue, Sundowner. 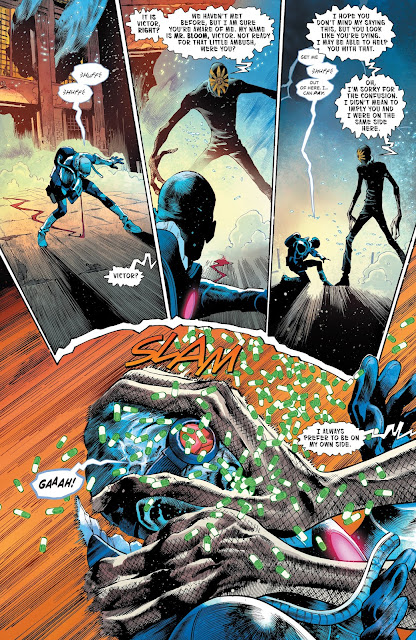 All in all, the art in this issue continues to be great, but a weird nitpick this issue like the last..... there's one panel that I ended up scratching my head at but beyond that, I love the way this issue looked. Speaking of things I love, I'm loving this concept and find myself thoroughly invested in the mystery of Project Halperin and what their overall goals are in experimenting with dead villains and Lazarus Resin. Jason Todd is one of my favorite Bat-Family members and I love seeing him here in this weird/wild story and if this issue and the last one are any indications of what's to come... Task Force Z is going to be a fun-ass ride.

Things are getting crazier for Jason Todd as his ragtag group of deadheads are slowly being "fleshed" out and with the information learned here and the action involved I find myself really intrigued with what the overall story of this twelve-issue maxi is and can't wait to learn more.... not to mention how much Red Hood is going to suffer in leading these stink bags. If you're not reading Task Force Z yet, make sure you do because it's a blast.