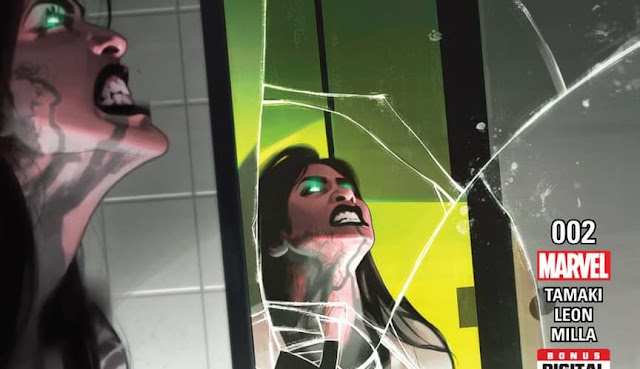 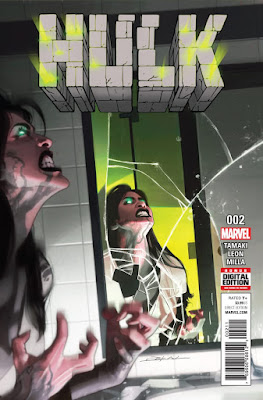 The first issue of this series was not what I expected at all. That being said, I was thoroughly entertained and I can’t wait for more of this comic. Now, the issue was far from perfect but there is so much potential that we have in this story that I’m looking forward to seeing where we end up. The last issue was very cerebral and I think that’s where this creative team wants to go with, at least for this story arc. With a character like Jen, there are so many different ways to tell a story and this one has caught my attentions. Let’s see what they do with it and jump right into this issue.


Our issue begins with Jen leaving court having gotten the judge to sign an order to show cause in the case with Maise’s eviction. Jen is welcomed back by some friendly faces and she calls into work to inform he assistant and keep him up to date. She grabs a snack at a local coffee shop and continues to have some internal struggles regarding her life but she is able to keep going. Jen then travels to Maise’s apartment building where she is harassed on the street. The harasser easily backs down though when Jen gets in his face before entering the building. Jen meets with the landlord who seems to stand strong that he is in the right. Unfortunately this man is pretty despicable and after failing to show cause, Jen tells the man that he will see her in court. 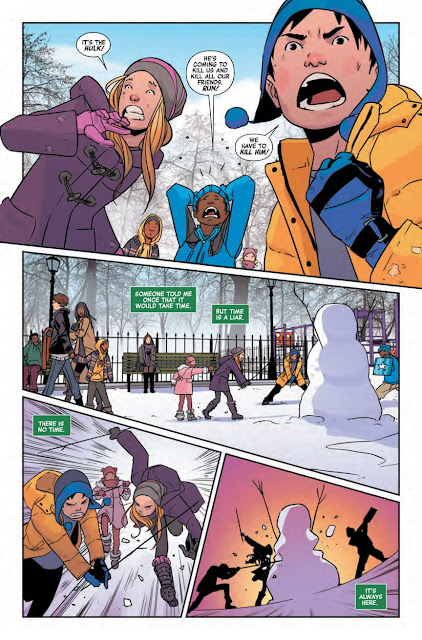 Jen leaves to enjoy her coffee in Central Park. While she sits on the bench she observes some children playing around a snowman. Unfortunately, it becomes clear very soon that the kids are playing out a scene that haunts Jen. The kids begin screaming about it being the Hulk and that they have to kill it in order to save everyone. Seeing these children causes Jen to freak out and we see the pages begin to turn green. Jen’s internal freak out is interrupted by the author who is attempting to write about her for a book. Jen becomes angry and tells her once again to leave her alone. Jen returns to her office and closes her door where she tears her chair in half and quickly brings up another cooking video on her phone, cracking it.

Meanwhile, Miss Brewn is calling the office due to her landlord banging on her door, threatening her. Unfortunately, Jen is still in no place to help and Miss Brewn fails to properly report the danger that she is in to her assistant. The landlord eventually leaves but we see Miss Brewn talking once again to an unseen figure that promises to protect her. Jen’s assistant is able to comfort her and the two end up leaving the office. We learn a little bit more about the assistant, mainly about his sexuality and the two go their separate ways. We then get a scene where we see Jen walking down the street when she hears something behind her. At the same time, we see the landlord on a different street, yelling into his phone when he also hears something behind him. We see a shadowed figured suddenly slow down into the sidewalk crushing the person below it, who screams out in pain. The next page, we see Jen walking down the street, nothing has happened to her, but the landlord isn’t so lucky. This is where the issue leaves us. 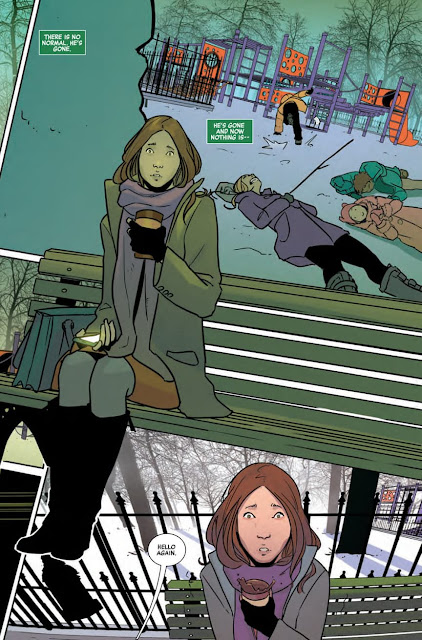 This issue once again had a lot of great moments in it. I’d say it was around the same amount as the previous issue but I think the art team really stepped up their game in this issue. Is it perfect? No. But it’s still really good. In addition, I think Tamaki really gets how to write this character. Her inner dialogue is great and perfect for this story. That said, not everything about this issue was perfect. The scene with Miss Brewn seemed very convenient and the scene where we learn about the assistant’s sexuality felt very forced and horribly stereotypical. Ultimately, I’d say this issue is about the same as the previous. No better, but no worse.

Aside from some contrived and forced moments, Hulk continues to take us along this cerebral journey with Jen. We get a lot of other great moments but a few seem to be repeating the same plot points as the previous issue. Granted, this is only the second issue of the series and we do still need to establish different aspects of this character and the characters surrounding her but I’m more looking forward to the future.