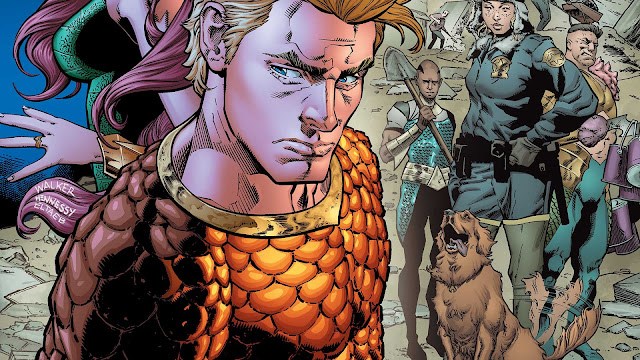 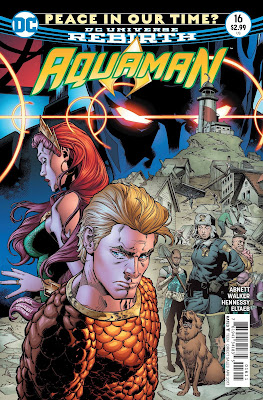 Player 2 Has Joined the Game!

Well, “The Deluge” is over, what do ya wanna do now?

Black Manta has been blown up, his evil secret society N.E.M.O. exposed to the world at large, and relations between America and Atlantis are pleasant again. So how does the King of Atlantis rest after all that craziness? Why, personally helps rebuild Amnesty Bay, of course! He’s like the Jimmy Carter of leaders, if Jimmy Carter could throw cars around and talk to fish. Even town cop and Arthur’s childhood friend Erika Watson asks Aquaman why he’s cleaning up Amnesty Bay when Boston and New York are destroyed by the same attack and, quite frankly, a lot more important than some stupid town in Maine, but Aquaman says that Amnesty Bay is his home, and something something blah blah where the heart is. Also, since he personally destroyed a lot of it before the N.E.M.O. attack during his fight with Shaggy Man, I’m sure he feels somewhat responsible. While talking to Erika and a few times during this issue, Aquaman gets a headache—a kind of twinge in his “aqua sense,” as it were—which I suppose we should address now. 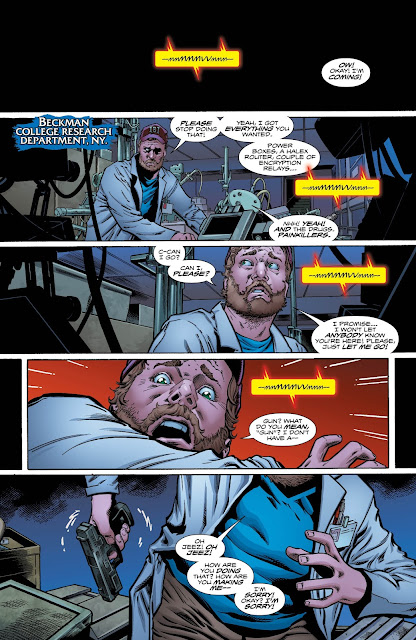 There’s this metal-skinned humanoid named Warhead that’s looking for Aquaman, but the way he’s doing it is to use his psychic powers (that make a noise reminiscent of Aquaman’s brain sound) to get him surveillance equipment, weapons, and provide some forced suicide in aid of this quest. And his amusement, I’d say. My guess is that this guy is a military veteran, so messed up by battle that he has to walk around in a robot suit like Darth Vader. That’s all for future issues, though, because back in Amnesty Bay it’s all smiles and people happy about Aquaman. And you know what, it was nice to see. We need to see our heroes in conflict, of course, but I think it’s also important to see them just win sometimes. Sure, it’s a little bittersweet considering the damage caused by N.E.M.O.’s attack, but the sun is shining, Atlanteans and land-walkers are mingling, and I appreciated a little breather in between the successive nightmares that Aquaman must, by rights, face himself. 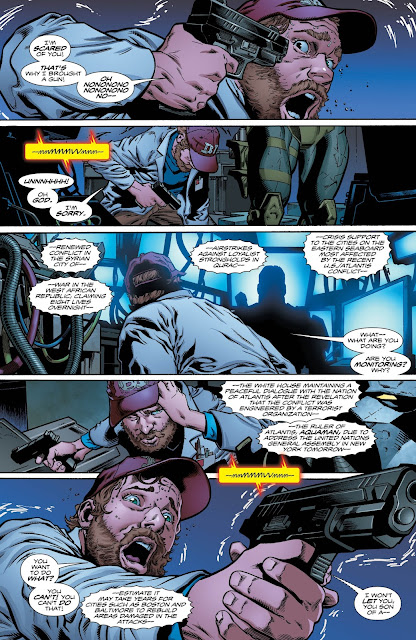 And I mean it. I have been applauding Dan Abnett’s pacing for Aquaman since about issue #8 and it continues to work well. There’s a mention of the Widowhood’s prophecy about Mera causing the world’s destruction, and I’m sure it will factor into later issues. It’s not a complex read, and I can’t say that someone new to this series would grasp a lot of what’s going on—though it’s a well-told story, so they probably would—but I had a smile reading it and normally only YouTube videos of painful groin injuries can do that. 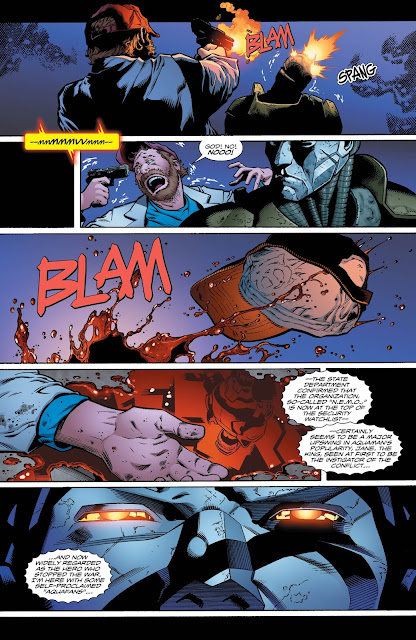 This issue acts as an epilogue to "The Deluge," and it's quite welcome. Aquaman is affable, funny, and helpful in the way that I like to see my superheroes behave once in a while. There's also a tease for an imminent conflict facing Arthur, but that's for a later issue. Today, let's celebrate Aquaman and why he's one of the great DC Comics characters!