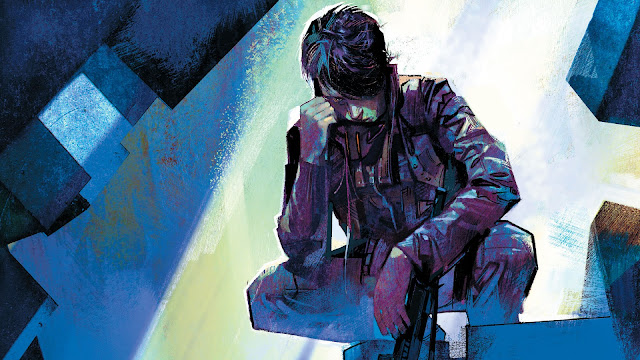 How Do You Do, Fellow Kids? 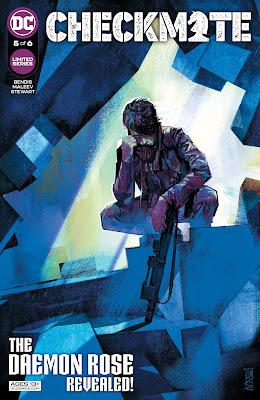 For some reason, we're going to jump back into Checkmate which is thankfully on its penultimate issue and with that maybe the book will start giving us answers..... or maybe be interesting...... or just do something because while the dialog is infuriating, the characterization is frustrating the biggest sin this book commits is simply being boring. Previously, we saw Mark Shaw bring the fight to Checkmate where a group of Leviathan soldiers attacked our heroes' HQ, only to teleport the whole place away and we also learned that the mysterious "Snowman's Ticket" is the reveal of Lois Lane's long lost brother, Leonardo Lane, but since his reveal happened in other books before this, this reveal meant nothing. Let's see if something happens in this issue.

For this issue we initially believe that there's some kind of peril in this book when our heroes are transported to Thailand, essentially keeping them from the fight and allowing Leviathan to achieve their final goal in infiltrating the Hall of Justice and getting access to the "Heroes Network", the final and most powerful piece of tech missing from their arsenal, but that peril is soon thrown completely away as we learn that nothing about this matters and Mr. King can just teleport them magically to the Hall of Justice basement without any real explanation. With that, we spend the majority of the issue with Leviathan sending an agent in with a group of child interns for some reason but this infiltrator is 22 and clearly an adult in a group full of children, and this issue is just plain ridiculous. 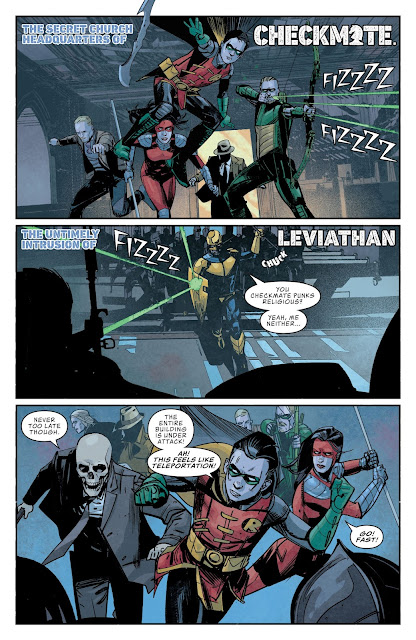 So yes, there's a bunch of nonsense in this issue, terrible, terrible dialog that does nothing for us or the characters involved, strange jumps in conversations that feel weird on a panel to panel basis and without having any reason to actually worry about, Mark Shaw has to go after Lois and Leonardo Lane himself simply because he's afraid of the mystery of the Snowman's Ticket and with all of that, this penultimate issue somehow seems like padding in a series that refused to do anything and I just don't know how that's possible. 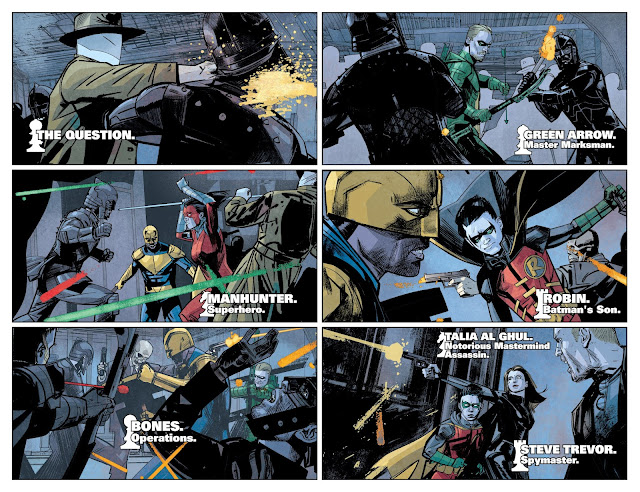 All in all, I continue to not be a fan of the art in this series, but if you've enjoyed this far, there's no reason for that to change here, and if for some reason you're still enjoying the story..... Well, this might just be the breaking point for you because there are no stakes, things just happen because they need to happen and an adult walking around with a group of children trying to blend in is laughable. The Snowman's Ticket mystery does nothing and now that you finally have the Daemon Rose, Leonardo Lane... one of his many names in this book, he really does nothing and doesn't do anything to explain the mystery that is him at all. One more issue and this nightmare of a series can finally be over and hopefully quickly forgotten by everyone at DC Comics.

Checkmate continues to be a bore of a story but this issue somehow takes its usual terrible dialog and ability to stand around and do nothing to a new degree as the story progression gets to be ludicrous in what they're telling us is going on. There's one more issue left to stop Leviathan and while none of the story from Event Leviathan to Checkmate was compelling or made all that much sense, I have no idea how one more issue can bring everything to a close... mostly because I'm not sure exactly what Leviathan has been doing this whole time.