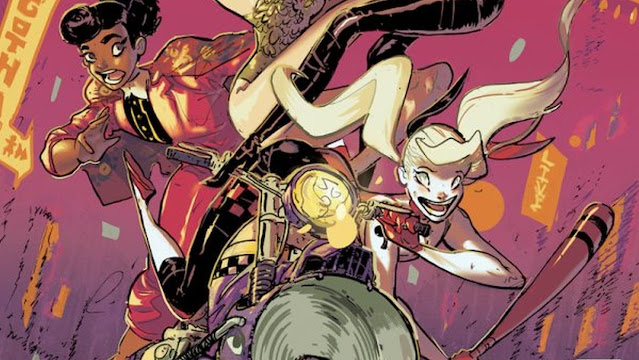 The Real Hero of the Story Isn't Harley 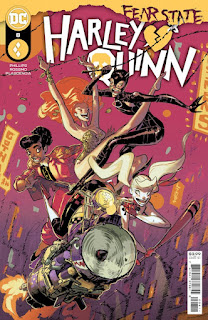 I'll admit I've been down on this series from the beginning. Nonsensical story progression, the main character who embodies every annoying Mary Sue trope you can imagine, and Rossmo's spectacularly offputting art. I haven't loved this series because there hasn't been much to love. Now, throw in a half-hearted tie-in to Future State and you're practically putting up a "Do Not Buy" sign. 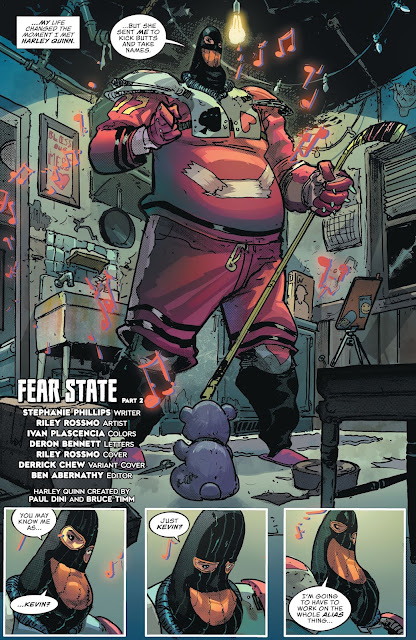 But credit where credit is due. there's a seed (no pun intended) of something going on in this issue that's worth reading. And that seed is... Kevin.

Harley is running around with Catwoman, the partial Ivy clone, and the Gardener trying to find the real Ivy. Along the way, they run into Keepsake and his "Caucus of Corruption" - a supervillain team comprised of dollar bin knockoffs from Batman's rogue's gallery. The whole concept is silly and a waste of time. Skip those pages, you'll miss absolutely nothing.

However, Kevin remembers something Harley said before she left on her Ivy quest. She asked Kevin to protect Gotham while she's gone, and Kevin takes that request to heart. 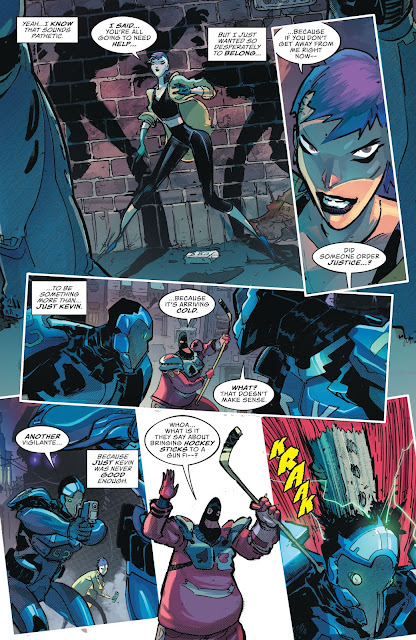 Kevin looks within himself to analyze his limitations and fears that led him to become a clown. Kevin decides that becoming better or more than requires making a choice. Kevin is the real hero of the series, and his arc makes all the difference in this issue.

Rossmo's art is Rossmo's art. If you like this art, it's more of the same. If you don't like it, this issue isn't going to change your mind.

Bits and Pieces
Harley Quinn #8 surprisingly manages to tell a story worth telling by focusing on the one character that matters above everyone else in this series - Kevin. The Kevin bits are great, everything else barely qualifies as Fear State tie-in fluff.
8/10
Posted by Gabe Hernandez