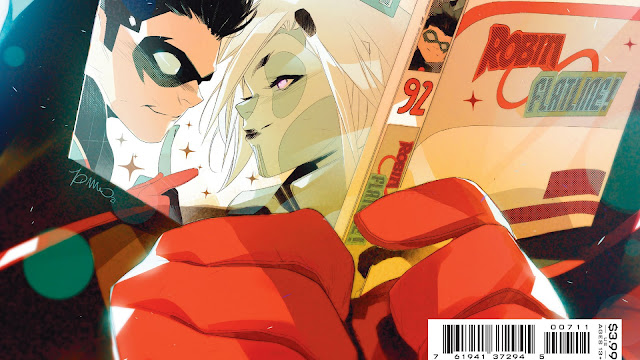 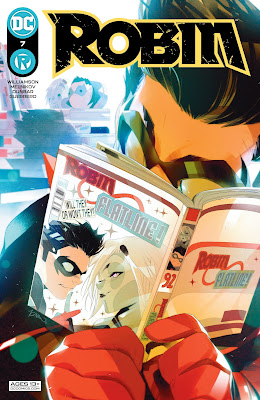 That's The Greatest Comeback Since Lazarus

It's time to head back to Lazarus Island to see what Damian learned not only about the island and the death tournament he's involved in, but the host of the tournament too, the mysterious Mother Soul. In our previous issue, we saw Damian taking on the dangerous Respawn and while our young hero looked like he was able to get the information he was looking for, maybe it came at too high a price because it looked like Respawn might have taken our Boy Wonder down. Let's jump into this book and see what's what.

The fight continues in our tournament tale and while this aspect hasn't played off as cool as I think it could have, since we essentially got done the majority of the tournament on one page with a bunch of panels montaging the winners/losers, this issue at least brings some heat in that it has a major reveal in the identity of Mother Soul and the secret truth to Lazarus Island that will add a layer of new depth to the 'Al Ghul Family. That being said though, we have to continue the fight and have no real-time to react to this new knowledge as our tournament dwindles to the final four this issue and then the final two. 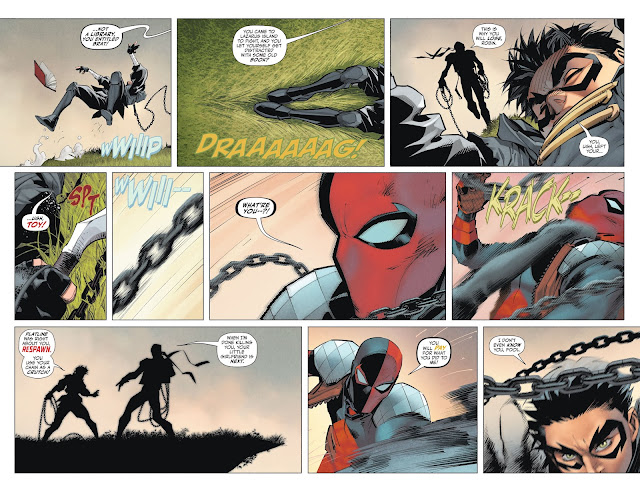 I don't know if this is a major spoiler to anyone and if it is I'm sorry, but our fight comes down to what I think the majority of Robin readers wanted to see happen with our fearsome Boy Wonder against the League of Shadows champion, the newly reintroduced Connor Hawke and while they keep telling us that Conner is super skilled and I can believe it from the past, I'm not sure how anyone really gets that idea beyond him just being one of the last fighters left standing...... it would have been cool to see his actual prowess in action. 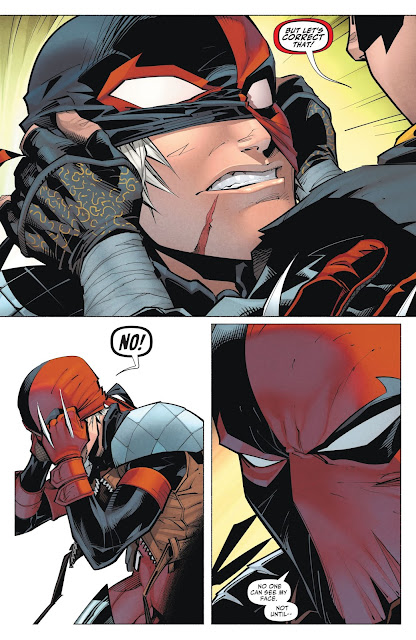 All in all, the art in this issue remains amazing as our tournament story winds down and while I can't say that a lot of big things happen in this book after the reveal of who Mother Soul is and what the Island actually is, the characters and their interactions are what drives this story forward and keeps it exciting and it's what I'm personally here for and in that regard this issue didn't disappoint. I can only hope that when this tournament is finally over we get to have Flatline, Connor Hawke, and Ravager continue with the series because I love these characters and want them to accompany Damian on whatever he does next.

There are some big reveals this issue and thank goodness for it because while I love the characters involved in this series, the tournament angle is wearing thin and boy do we get a bunch of it. Overall though even with me getting tired of the tournament, this angle has given us some great characters and their interactions with each other is what keeps me a fan and you get some really great stuff here... I just can't wait for the next part of this series.