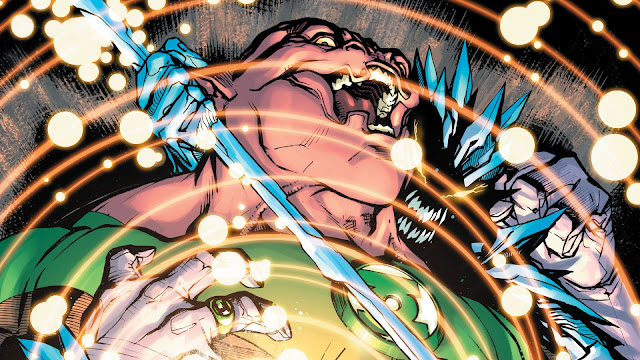 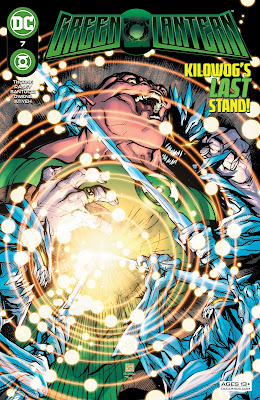 Let's head off to space to see how the Green Lanterns are holding up after the majority of them have lost their powers. I guess they're doing alright for the most part though because as we saw in the last issue, John Stewart is a part of a team that is on a rescue mission to save Kilowog, while the other part of our story shows Simon Baz and Jo Mullein showing up to New Korugar with the United Federation of Planets to save Teen Lantern..... or to save New Korugar from Teen Lantern because damn did she go ham on that planet. Let's jump into this issue and see where our next leg in this cosmic adventure takes us. Let's check it out.

If you don't already know, this Green Lantern series has so far been split into two different stories, with one dealing with the adventures of John Stewart and the other dealing with Jo Mullein trying to figure out what happened to the main power battery. Our first story this issue shows John Stewart questioning Lonar about being a New God, which feels weird because it feels like John's never encountered a New God before, but what's weirder is that Lonar transports John to the past to the first meeting of the Oans and the New Gods and while this is odd, it's kind of cool even if the story wants to talk around itself in riddles and by the end I'm left scratching my head at what's going on in this story even though the main point of this is still kind of cool with the idea of the evolution of John Stewart, continuing his story from Green Lantern: Mosaic from the '90s. 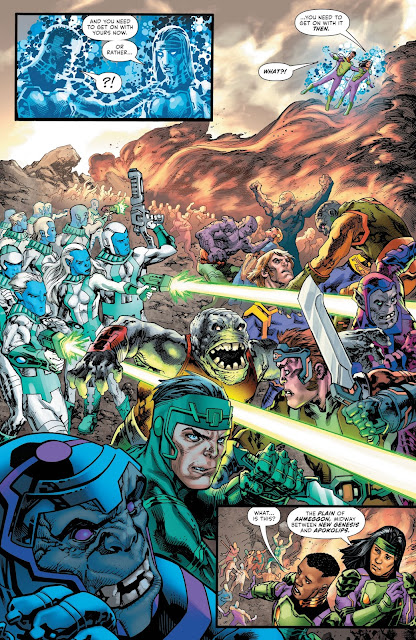 As for our Jo Mullein story, we use our time here to essentially continue the connection that Keli Quintela, the Teen Lantern, and Simon Baz have but the way we do this is kind of uninteresting because we just have a construct threat that we've seen over and over again now from Teen Lantern and this becomes the majority of this section beyond recapping what we've already seen and while there are some nice emotional moments here, this part of the book seems to be dragging its feet each issue and doesn't want to do much, which is a shame in my mind because it's the part of the story that I care about the most. 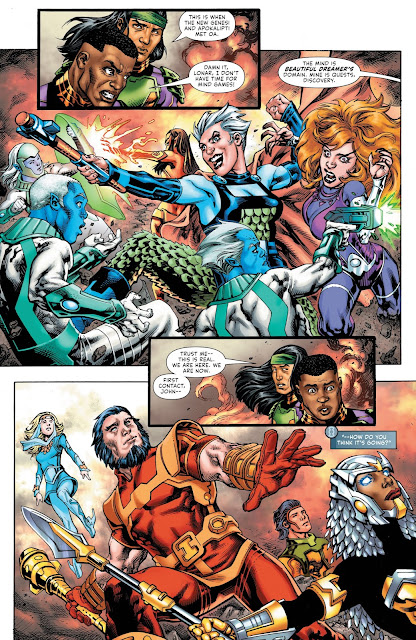 All in all, I enjoy the art in this book, the Jo Mullein section more than the John Stewart one, but they're both decent for the most part. As for the story, the pacing feels pretty off for me in what it wants to do and the way the story is being told feels really weird for both sections because we have over the top dialog trying to explain what's going on in the John Stewart section, even though it just comes off as cryptic, while the Jo Mullein bits seem to be progressing at a snail's pace without ever really doing much. Yeah, some interesting things are going on in this book like showing us the mortal guardian that is John Stewart as originally talked about and then immediately dropped in the '90s and the relationship between Simon Baz and Keli Quintela, but the way that the stories are unfolding seem like they're going out of their way to be confusing or padded and that's a shame because there's some really cool stuff here.

There are some cool concepts and ideas in both parts of this book, not to mention I'm digging the art all around, but the problem is the execution in telling these cool concepts feels lacking to me and it's going out of its way to be cryptic or drawn out and I feel like Geoffrey Thorne is too afraid to show his hand too early in this book but because of this, I think he's just going to confuse readers about what's going on in this book and ultimately lose them.