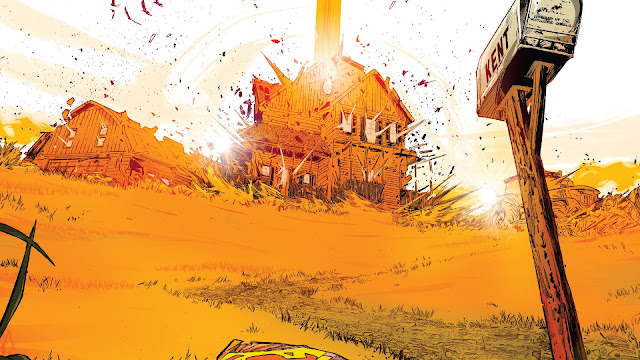 How To Be Super And Invade Foreign Countries 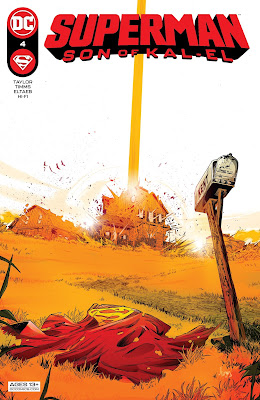 Superman has left the planet with his Authority team to take on the threat of Mongul and Warworld, which leaves Jon Kent to take over for his father and become the Superman for a new generation...... The only problem is, Jon has no idea what kind of Superman he wants to be and since he is so new at it, he's making some mistakes and following his emotions a little too much for a god-like being who isn't trying to scare everyone who thinks that Superman lives by the same rules as everyone else. This rookie presentation of our hero leads to what we'll be dealing with this issue where previously we saw Henry Bendix, the President of Gamorra drop a "Post-Human" on the Kent Family farm, where it looked like no one could have survived. Let's jump into this issue and see if Jon has saved the day and if he's made any more enemies. Let's check it out.

This issue of Superman: Son of Kal-El comes at you fast with the information that it wants to present out of nowhere with the threat of the Faultline looming overhead, Jon's friend Jay Nakamura just throws out there, out of nowhere that he's from Gamorra, while Jon immediately after this discovers that Jay's also one of these "Post-Humans" which still feels weird to say...... I have no idea why we're not using meta-humans, but this reveal and the subsequent non-talk about it feels strange in that no one seems to really want to talk about it. 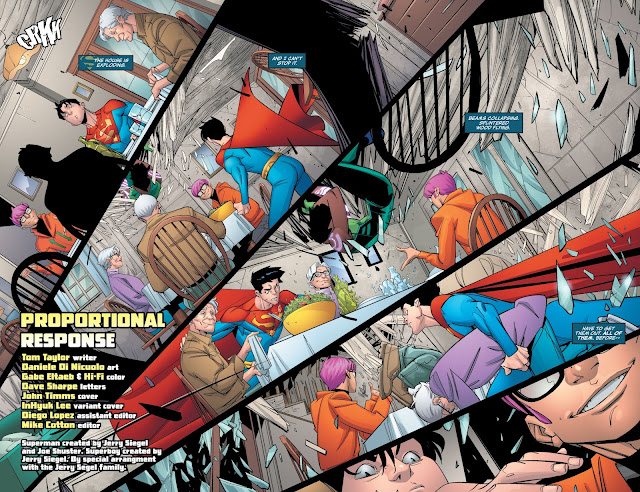 Not only do these revelations come at you fast but the rest of the action and progression do too as we see some Tom Taylor callbacks from his time on Suicide Squad making their Superman debuts and Jon continuing to let his emotions be his guide as he pulls some more rookie mistakes when he invades Gamorra and goes toe to toe...... verbally with Henry Bendix. 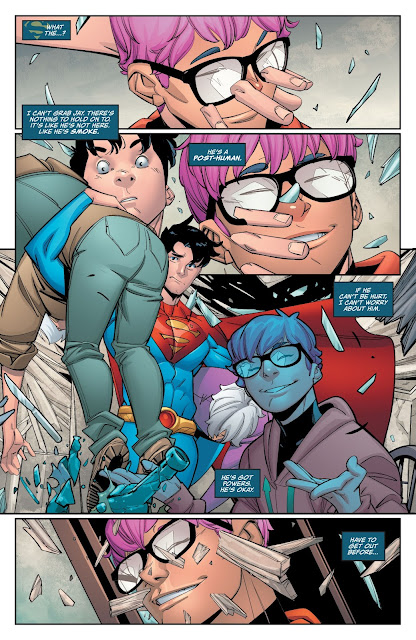 There's not much to this issue beyond the Justice League showing up too late to a destroyed Kent Farm and us continuing to see what steps Jon is going to take in determining what kind of Superman he's going to be and while I wish some stuff felt more natural in the progression of some of the reveals here, I'm enjoying seeing Jon make mistakes in becoming the Earth's greatest Super-Hero and this "Post-Human" thing, while weird that we're calling it that feels really interesting, not to mention that I'm digging Jon's supporting cast if they stick around because the idea of Jon having friends and them being characters that we usually don't get to see is exciting. With all that I enjoyed the art and can't wait to see where this title goes next, even if I wasn't a fan of the progression of a lot of the elements of this issue.

Some things feel really off about the progression of this issue but once we leave the Kent Farm the book feels like it gets back on track and I enjoyed seeing the further adventures of Jon figuring out what kind of Superman he's going to be and seeing who else is going to show up in his life to help him along the way. The art is great and I like a lot of elements here, I just wish the first quarter of the book didn't feel so weird and out of place at times.