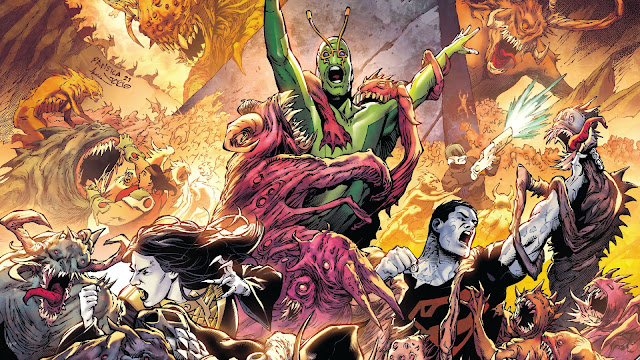 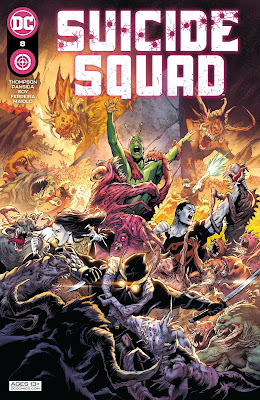 Let's look back in on the many missions of the Suicide Squad since we have one team over in the Swamp Thing book trying to subdue the Avatar of the Green and the other has just made their way to hell to try and get something off of the Rock of Eternity that plummeted down to the firey inferno... Which Shazam!'s book is currently dealing with... Yeah, this book is all over the place but hopefully, we'll get back on track soon with what really matters and that's stopping Amanda Waller and her insane plans that were revealed in Future State. Let's jump into this issue and check it out.

For this issue we have a ton of recap that doesn't stop throughout and while I think this is supposed to be done funnily through Ambush Bug's fourth-wall-breaking zaniness, I just had to keep being reminded through all the recap that nothing much is going on this issue beyond the crazy concept of now Amanda Waller can bring back souls from hell, but for some reason still needs Lazarus resin to keep people alive....... Yeah, I'm not sure what the plan is here but it takes the entire issue to do and our mission to the underworld is finished without knowing exactly what was taken from the Rock of Eternity but knowing that it will protect Amanda Waller's plans for Earth-3 from magical attacks. 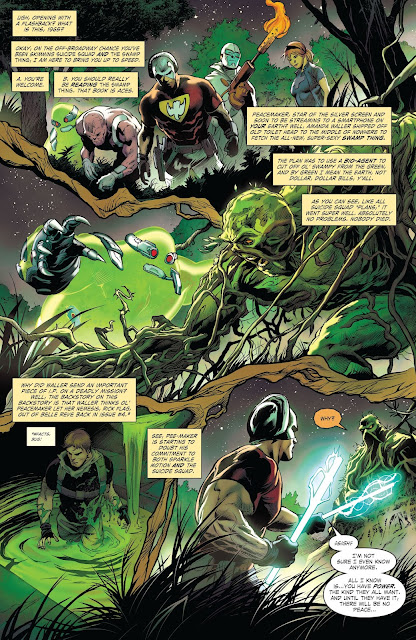 Beyond our main story, we do have some really good and interesting background characterization with some of our Suicide Squad members that continues their individual story and its these aspects that keep me engaged with this series because beyond its constant tie-ins and what at times feels like taking other current stories going on, the actual team that we have and their individual personalities and relationships are still strong as hell and what is the real driving force in my mind of this series and I hope that we can just rely on that as we go forward. 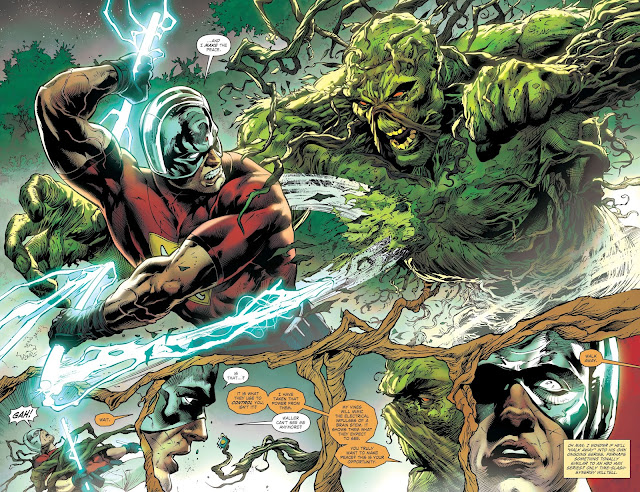 All in all, I enjoyed the art in this issue and think that the characters that are a part of our main Suicide Squad team (fuck Ambush Bug) are great, but the way that the story was being told this issue just felt tedious with its nonstop recap and the how easily our team could just get to hell, back and then magically protect another Earth with some unidentified item felt really forced and almost like lazy writing at times or just plain silly. There are some great characters here and I hope that we can focus on them and not some over-the-top convoluted way to bring people back from Hell because the characters and what Steve Trevor is doing in this book is the thing that keeps me coming back.

While I continue to love the art and the characters involved with our main Suicide Squad, the all over the place nature of the storytelling and the goofy way of telling and recapping the previous story through Ambush Bug leave me wanting simpler stories because at the beginning of this series it was one of my favorite books and over the last couple of months it just feels like it's falling into silly territory.