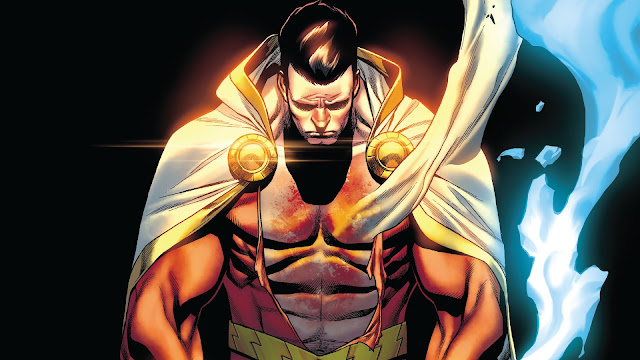 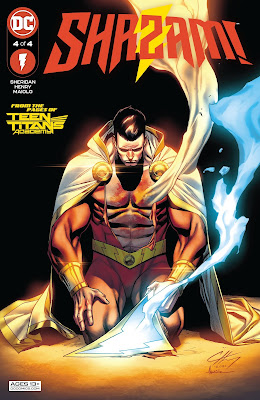 It's the end of our Shazam! mini and in this finale we'll hopefully learn about everything that's been affecting the power of Shazam!, fix the Rock of Eternity and after the cliffhanger to the previous issue, see how Black Adam of the 853rd Century plans on stopping the events that we saw in Future State that led to Billy essentially helping in causing the end of existence from the evil that is the Unkindness. Let's jump into this issue and see if things work themselves out.

For this finale, we get a really weird story that doesn't want to focus on anything really, while getting a lot of stuff wrong with the rest of the current continuity...... Like the Wizard Shazam dying in the 853rd Century, which Tim Sheridan believes is a million years in the future, but where he also states that the Wizard of the future is the same as the one in our time, even though we saw that Wizard die at the hands of Darkseid leading into Infinite Frontier. There's just a lot of disconnect not only from the rest of the DC Universe but from Captain Marvel himself because we don't learn anything about the rest of the Shazam Family, while the Justice League Black Adam's powers are fine or why our Black Adam from the future has been de-aged or why he wants to go by Teddy..... It's all just rather odd. 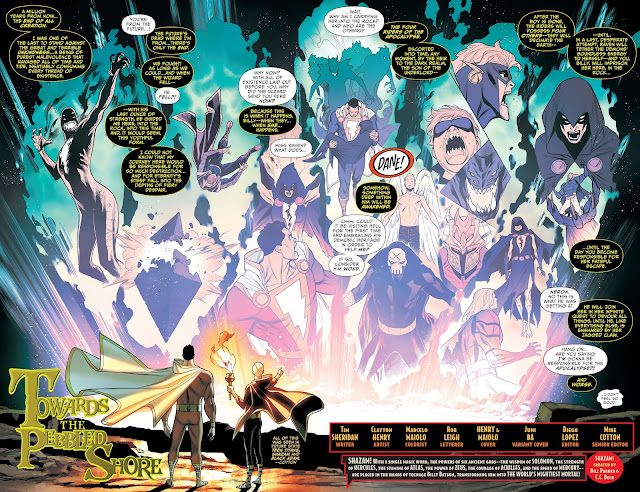 In the long run, we do talk about the idea of Future State and how we have to stop those events and while I wasn't happy with what we got here, the idea that we are moving towards stopping that awful future does leave me happy, even if it seems like it will be putting our Mightiest Mortal out of commission. Don't expect to see any of that here though or what our hero originally went to hell to do because we don't have any time in this book to really accomplish anything except that we are okay with letting Freddy Freeman die..... Awful. 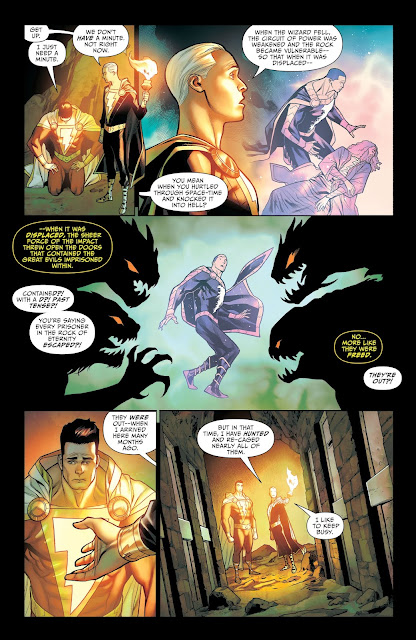 All in all, the art in this book is great and I love every bit of it but the story just feels like it never had a path that it wanted to go. We had to explain why Billy's powers have been wonky and we just kind of fix it in a thrown together way while never fully understanding the ramifications of it in a broad sense and beyond Shazam and "Teddy" just running around the inside of the Rock of Eternity this issue we really just let the reader know that shit in the future sucks and it needs to be stopped and while I understand and can even like that sentiment, I'm not sold on how it looks like we're going to achieve that goal. Such an odd mini that treaded water throughout and ultimately only achieved one thing.

I'm not sure what Tim Sheridan knows about DC Comics, but from some of the lines in this book it doesn't appear like much and it's too bad that he decided to do a mini with this character because ultimately the series didn't do anything, or explain anything and feels like a real wasted opportunity overall. The art is great and the idea of a de-aged Black Adam is fun but for how it's presented in this book everything just comes off as a big goof.