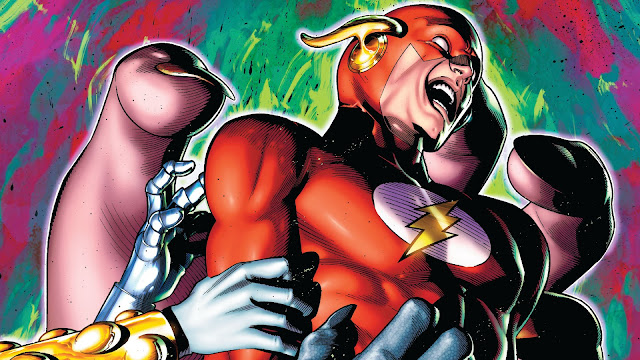 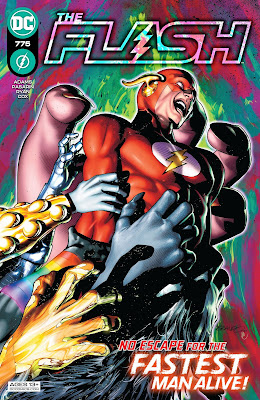 Central City calls us back to check in on Wally West and his exploits as the Flash, where previously we saw a cosmic spear, or glaive if you prefer was hurtling through space and wasn't about to be stopped by anyone until it came to Earth and more specifically, the home of the Scarlet Speedster. Let's see what's up with this mysterious weapon and what our hero will do about it. Let's check it out.

For this issue of The Flash, we see that this glaive is deeply embedded into the ground and not even Superman can pull it free, but we won't worry about it being pulled free until the end because this glaive is radiating pure anger, which is infecting everyone in Central City..... Everyone except Wally West that is and while I wish there was some grand explanation about why this is, all we really get is some surfer philosophy about not letting things get to you and it really doesn't do much for the story and ultimately feels like it's just added in at the end because Jeremy Adams needed the Flash to be fine. 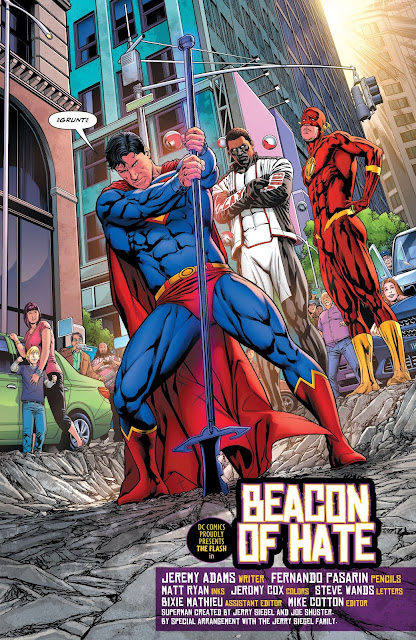 Beyond that though, we'll see heroes and villains go ga-ga for the weapon until we see Starbreaker, the energy vampire, come from space and reveal what the glaive is, and while I wish it was something incredible that we'd be talking about for years to come, the reveal of what this is kind of contradicts other books and specifically a character that feels out of place in this title and tied to this cosmic weapon. That being said though, you'll have Wally West showing you that he's a great guy, a lot of fun being had with the villains that are thrown in here, and a cliffhanger that will make you want to come back for more. 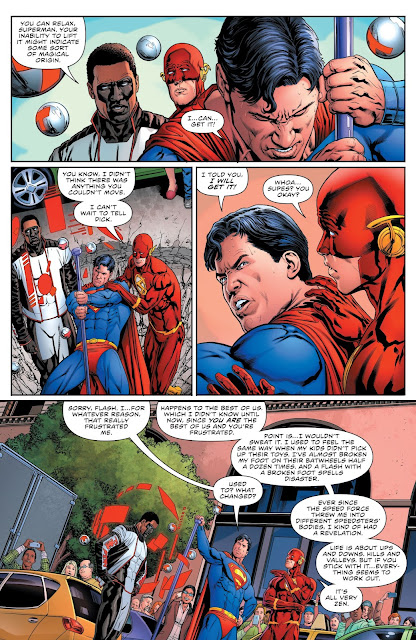 All in all, I do enjoy the art in this book but some of the action here is not properly conveyed and a line of dialog has to be said about something that's going on instead of seeing it happen, but for the most part, I enjoyed what I saw here. Beyond the art though, while I have been enjoying what Jeremy Adams has been doing with the Flash book, this feels uneven in its tone and kind of comes off thrown together at times and not all that thought out and that's before characters showing up in this that don't belong in the situation they're shown in, while Wally's indescribable immunity to this evil is just kind of silly in the long run. Yeah, you can have some fun with this book and I look forward to the next issue but the mystery of the cosmic glaive was more interesting than the actual reveal that we get in this issue.

This issue of The Flash feels weird in that while we're doing some fun things and the book looks great, the story just doesn't feel all that thought out and some elements feel thrown in last-minute which just makes things that you may think are interesting at first, just silly when they're finally revealed. We get an interesting premise here and a cliffhanger that will definitely bring me back for more but this first issue of this arc left me wanting ultimately.