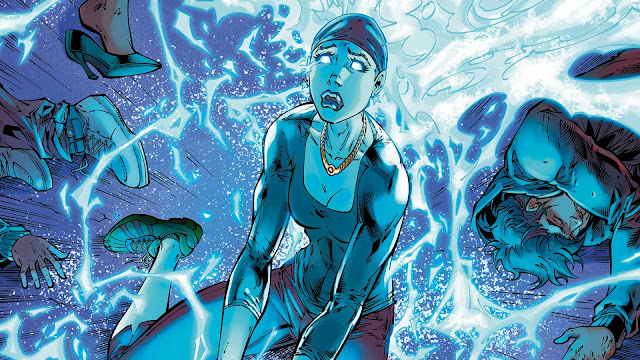 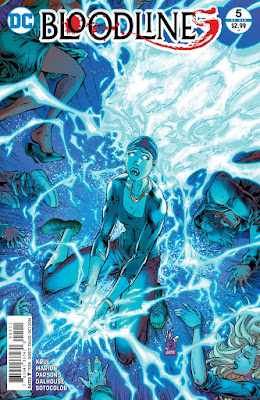 **NON SPOILERS AND SCORE AT BOTTOM**

You know, the 80s nostalgia revival seemed to last a couple of years, but this 1990s revival has been going on forever. It’s like people can’t get enough of Zubaz pants and wraparound mirrored sunglasses and feel good, peppy music about nothing in particular. I wonder if that was the pinnacle of American civilization, since it’s clearly all been downhill since. I guess it would be in poor taste to review the turn of the century, like, “Remember when 9/11 happened and everyone got really paranoid and xenophobic for a while? Let’s have a party where we cover the walls in missing persons flyers!” But still, there was some good stuff in there. Jay-Z released the Black Album and retired from hip-hop for about a year. The Westboro Baptist Church gave people of all skin colors something they could come together to denounce and ridicule. And it was pretty much the last decade before the Western Hemisphere became suffused with social media and real-time smart phone culture, which is definitely the worst thing to happen to the human race since cholera. When you read Bloodlines, despite it taking place in the present day, it has a very retro feel: it’s like an 80s horror movie in 90s comics dress and a dash of more recent times for technology’s sake. I like visiting the town of Pine Ridge, won’t you join me in my recap of this, the penultimate issue of the Bloodlines miniseries?

The Bloodlines Gang is hiding out at Stu’s Auto Body Shop, considering their situation about which they know practically nothing. Duncan threatens to kill Blake again, before he turns into a soulless murder demon like Duncan’s wife and kid. Blake even mentions that this is like the third time he’s been threatened by our saint of bad-assery, then Eddie is like “Well, if Blake doesn’t want a bullet in his brain…” Eddie is worried that he will lose control of his non-handicapped big, blue Bloodlines self someday, and would rather take a gaffling now rather than hurt someone later. Very altruistic, Eddie…but Duncan clearly has a hard-on to blast Blake only. He puts away his gat. Out in the streets in broad daylight, the team chats and goofs with one another as if most of them aren’t controlled by an alien spine parasite, then Dana turns a corner to find the entire town of Pine Ridge, shambling down (what I assume must be) Main Street, eyes glowing red as a sure horror story indicator that their minds are being controlled! If they glowed blue, then we’d know they’d just inhaled some Spice. 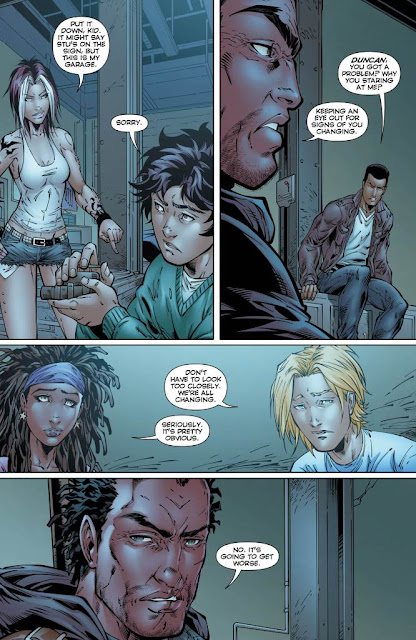 Haley tries to snap Stu out of his reverie, and he slaps her upside the face. Now she knows something strange is afoot, because he normally does that when he’s whiskey drunk! Then the town preacher, presumably controlled by a Bloodlines brain bug, reveals himself and instructs his flock to attack the Bloodlines Posse. They all manifest their powers and there’s a big brawl where the Bloodfellas try not to kill their antagonists. Blake starts spewing some kind of plasma energy from his hands or something? I really want to understand this guy’s power. Albert is able to turn invisible and get some pot shots on the evil priest, but then the priest telekinetically opens a nearby fire hydrant, which makes Albert turn visible for some reason. Eddie and Blake rush in to help Albert, and Blake fires some energy bolt or whatever which makes the priest rise and…I dunno, have some kind of green force explosion ball form around him? It’s unclear what happens here, but it takes the Bloodlines Boyz (and Ladiez) off the board for a minute so the the townspeople can continue their forced march. 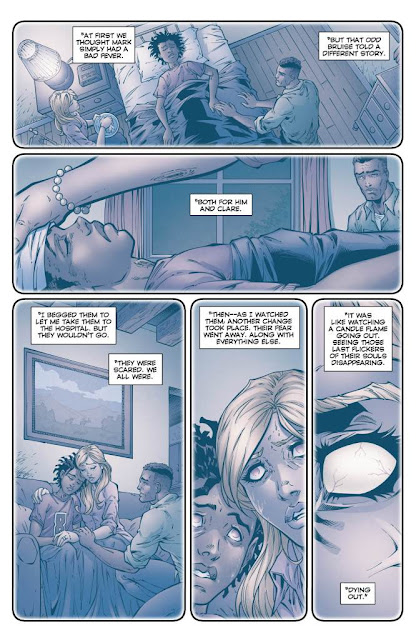 The team regroups and wonders where everyone’s gone off to. Eddie thinks he knows, and leads everyone up the steep hillside on which the original Bloodlines meteor crashed in the first issue. At the crater, the find a relatively intact meteor that looks like a Norfin Troll’s hairpiece, and a hole at the center of the crater that probably looks enticing if you are a moron. The morons jump into the hole (Duncan leading the way, of course) and eventually come to like, the Bloodlines Queen, or something? This gross, gigantic, pulsing monster with tendrils and/or intestines strung around the room, humans hanging by their arms and feet everywhere, and monsters and people sort of milling about on the floor like it’s an awkward office party with no music or something. The conflict is immediate, and the Bloodlines Six power up and go to work, but something is wrong with Blake! He looks…like an asshole! 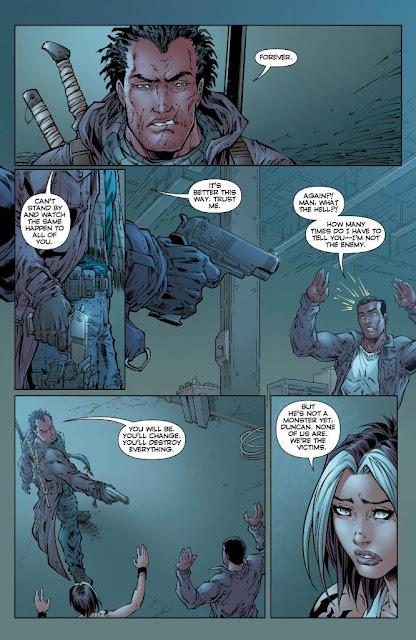 This issue of Bloodlines is just as awesome and bad ass as the previous four issues of Bloodlines. The art team has been consistent right down to the lettering, so the look and feel of the thing has never changed. The story is a fairly good send-up of sci-fi/horror tropes, and I’m impressed that the characters have been individualized as much as this in such a relatively short number of pages...though it helps when the characters themselves can be categorized as horror movie tropes. Yet that doesn’t make them any less sympathetic (indeed, it may make them more so,) and you know Duncan is going to pull a completely kick-ass, cool as shit move in the final issue, so if you jump off now you’re a grade-A chump. 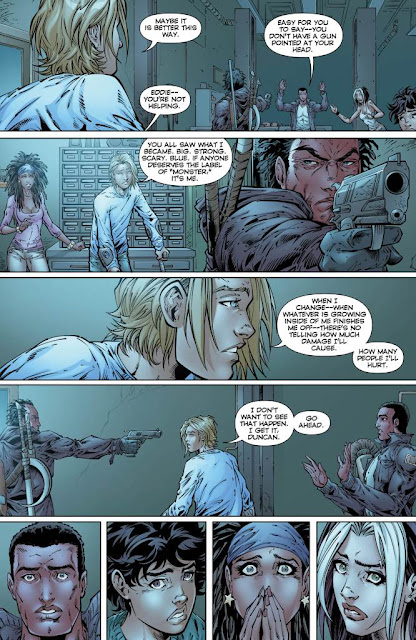 If this miniseries has been working for you to this point, then there's no reason to stop the Bloodlines train, just keep on a-chugging along. For those that dropped this after the first issue, why are you even reading this blurb? Take a hike! Go read your Scouts manual or blow some bubbles or do whatever pleasant pursuit you think is more worthwhile than reading a messed-up comic book. I love this book, it's like every page is another shredding guitar solo and every panel is an obscene tongue-wagging or crotch-grabbing. Back in the 1990s, we'd say "this isn't your father's comic book!" But considering we're nearly thirty years out from the 90s, Bloodlines probably does resemble your father's comic book. So get outta here kid, scram. Leave us old folks our gore.