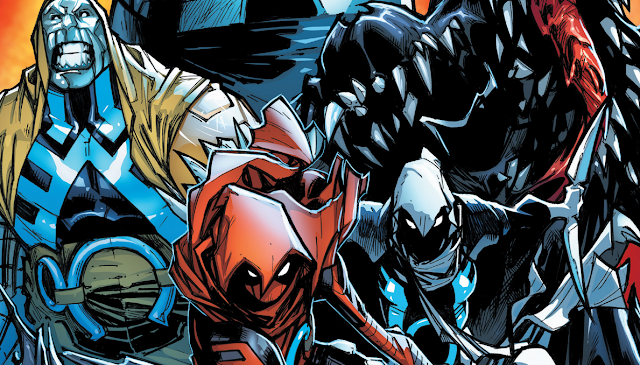 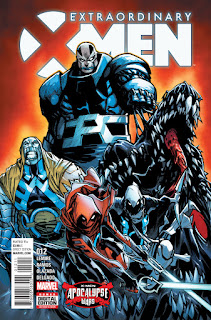 The Apocalypse Wars!  The story so nice, we're ending it thrice!

It'll be really great getting back to business as usual after thi--... Death of X?  What is that... Inhumans vs. X-Men?  (love who gets the second billing there... whatever, Marvel).  We're never getting out of this "event" wormhole, are we?  People... please start buying comics that aren't tie-ins!

Guess I just gotta keep my fingers crossed that the mutants survive at all!

Although this issue ends with a "To Be Continued", this is ostensibly the end (the final "the end") of the Apocalypse Wars.  I don't remember if my hair was this gray when it started... but it is now.

While this story has been overlong, and perhaps overwritten (if we include all three X-Books in the discussion)... I will give the Extraordinary bunch some credit... this story actually ends with a visibly different status quo than it started with.

Storm and Nightcrawler must deal with the fallout of the latter's assault on the heart of this Omega World, Apocalypse himself.  There is a very interesting conflict of priorities between the two, as Nightcrawler appears to be content slaying Apocalypse and potentially saving millions of others... Ororo, however, sees Apocalypse as the only way they'll be able to bring their teammate Colossus back to their side. 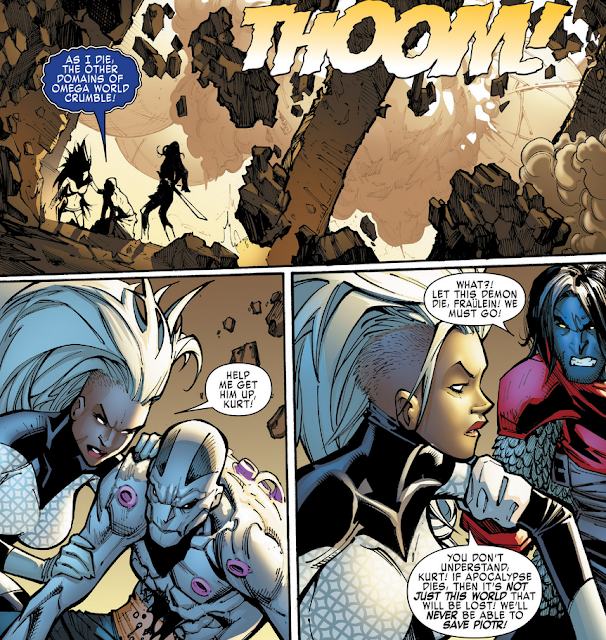 There's a, I believe Joseph Stalin quote... which, if you'll indulge and forgive me, I'm about to horribly butcher.  He said something along the lines of "the death of millions... is a statistic, the death of one man... is a tragedy."  Here we see Storm thinking more about the needs of one.  Whether or not this is due to her closeness to Colossus, or her inability to wrap her head around the potential deaths of millions (or even just the several hundred unborn mutants) by sparing Apocalypse, I am unsure... but I really like the way this scene plays out.

Jean Grey is able to free Old Man Logan from the Venom symbiote thanks to some uncharacteristic advise from Iceman.  Iceman is really growing into his role throughout this volume.  I really wish it hadn't taken this long for him to "grow up". 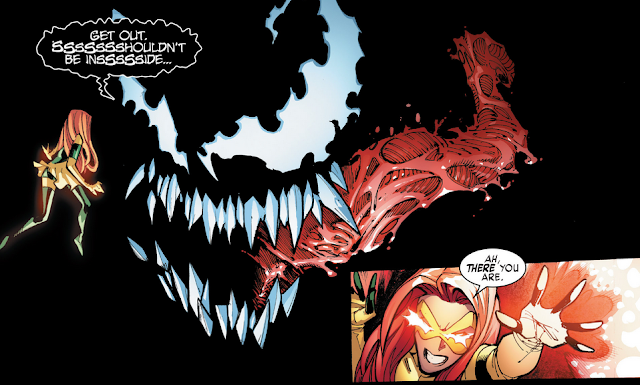 Illyana arrives to finally neutralize her brother, and the team heads back to the present... Apocalypse in tow.  It was here that I kind of sighed, realizing that not only did the team return unscathed and unchanged... but now we're going to have another Apocalypse running around. 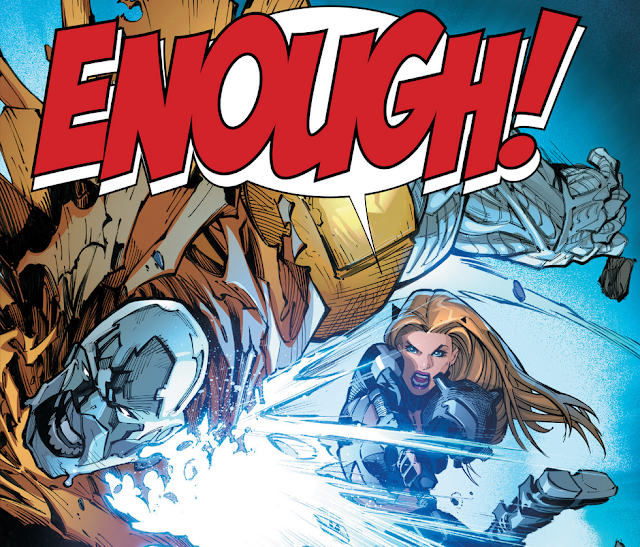 Thankfully my fears were short-lived, as Apocalypse sends Colossus... somewhere... where he can be worshiped as the Horseman, War.  This leaves a lot of potential for interesting storytelling to come.

Perhaps the most satisfying ending to an Apocalypse War story, where there appears to be some actual change in the offing.  Lemire provides some great dialogue as well as some intriguing internal conflict among some of the team's old guard.  Ramos' art here seems a touch bit toned down compared to recent issues, though still very fun to look at.