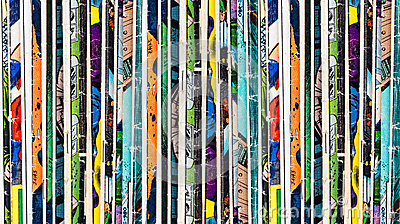 Late Night Cover Judgment
Whoops! The day got away from me,  but there's still a few hours left before midnight...at least for me. And that's what counts! So let's get this uninformed critique ball rolling.
First, I'd like to give a DIShonorable mention to the variant cover of All-Star Batman #9. It's a great cover by the super talented Chris Burnham, well-colored and nicely balanced, but nowhere in this issue does kaiju R'as Al Ghul threaten a prostrate giant Batman with the Washington Monument, so this is a bait-and-switch! For shame! The only way to make up for this would be write this actual scene into a future comic book. It's only right.
All-Star Batman #9 variant
Chris Burnham 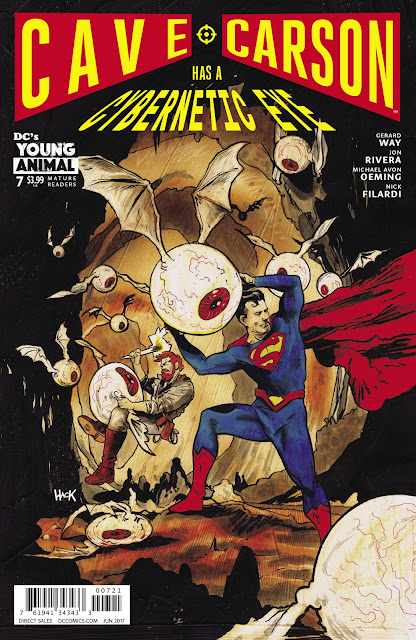 Cave Carson Has a Cybernetic Eye #7 variant
Robert Hack
Why yes, I would like to read your pulp novel about Superman and Cave Carson fighting eyeballs with bat wings. What's that? I've just named the title? Purely coincidental, I assure you. I was enraptured by the cover image. 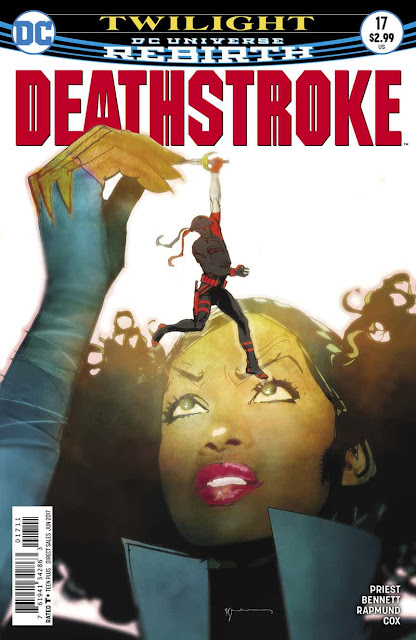 Deathstroke #17
Bill Sienkiewicz
I'm not sure if it's the incredible watercolors and composition of this cover, or the fact that I once had a giantess fetish, but I really enjoy this cover. That diffused lighting effect is doing something for me too. Just a great image all around. 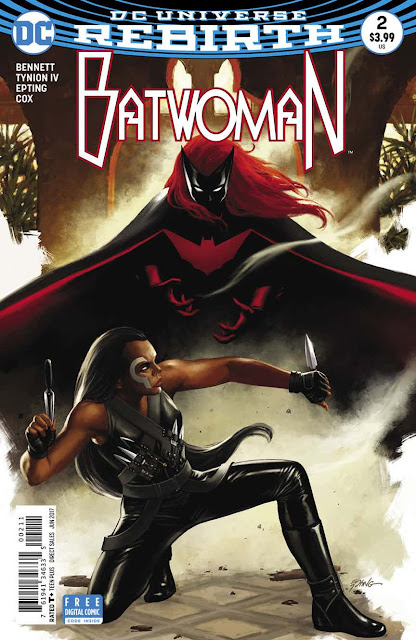 Batwoman #2
J.G. Jones
Okay, this is a cool cover, but it could have been better if the character in the occupied less space, perhaps by being even closer to us or being closer to the ground. I know she's important to the actual story, but this composition would have been a lot more stark and spooky. 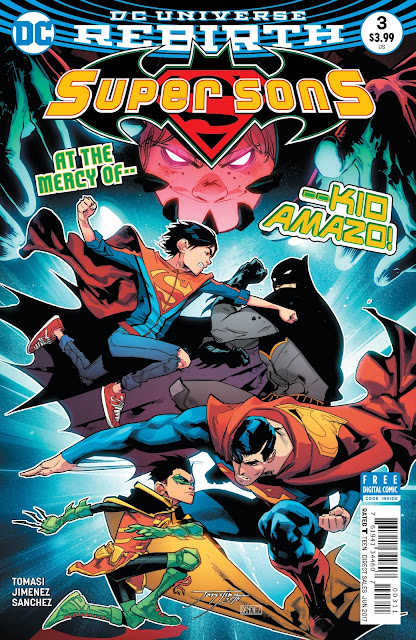 Super Sons #3
Jorge Jimenez and Alejandro Sanchez
The color palettes and sizes of the characters in this book make this almost a gimme, but the composition is really good and everything about this cover screams "read me!" The red-faced Kid Amazo at the top provides a nice capstone to the zig-zagged action happening up front. Nice job. 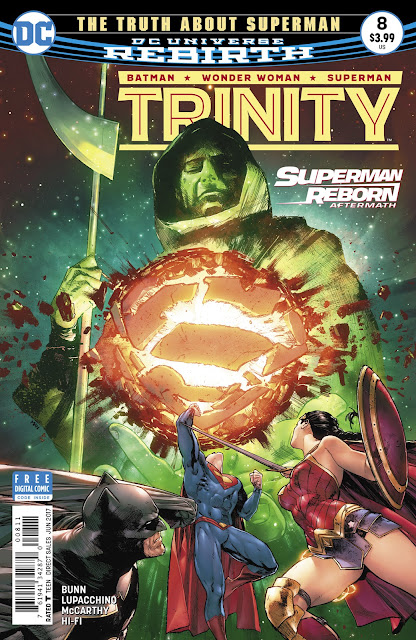 Trinity #8
Clay Mann
Whoa. I don't know if Superman, Batman and Wonder Woman are fighting a Spectre meteor or what, but this cover is really drawing me in. It's the red and blue against a green background, I expect, and that big burst in the center. Really good composition. Excuse me while I worship this image and establish a major religion around it.
Posted by Reggie Hemingway