Welcome back to another salty edition of Top 5 Fridays! While I believe that Rebirth is a huge success for DC comics, that doesn't mean the world of comics is completely hunky-dory. No, there are still a variety of bad comics that plaguing both big companies. While it would be a piece of cake to tear apart the lineup that Marvel comics has been putting out, it would be a much more interesting list to look at some of Rebirth's biggest problems. This week I have decided to create a list of current comic series that I believe need a second Rebirth to get out on the slump that they are in. I am going to be digging into the following comics pretty badly, so I want to get something out of the way: if you enjoy these comics, that is fantastic. In the end, I truly want every Rebirth series to entertain readers. The following series have failed to entertain me, and as such, I believe that they need a second Rebirth to get it right. With that warning out-of-the-way, let us begin. 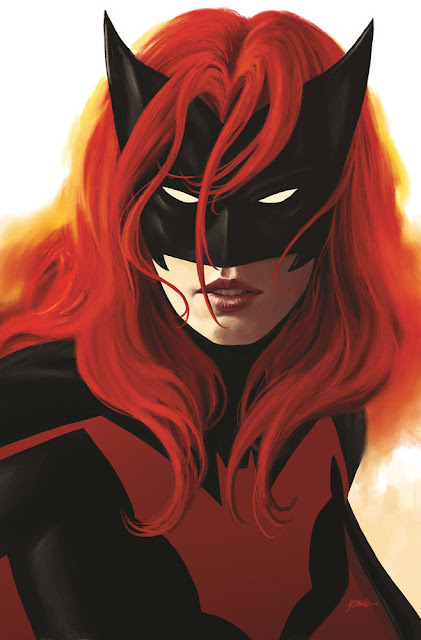 What? Only three issues in and she's on the list?  Well, there's kind of a good reason why I believe she deserves a second Rebirth already. Despite the "Rebirth promise", the stories of Rebirth take what was loved about the characters, but put them into new stories. There haven't been any stories that look like a complete rip off from more famous stories in the past. So far Batwoman seems to have been treading old ground. While I haven't read every single story line with Batwoman, almost every story line I have read have her confronting an aspect of her upbringing with her father. Again, this wouldn't be a problem if we haven't seen it in a while. The thing is it has only been a few months since the opening of Detective comics, where her father was the main bad guy. We can act like it's a 'New Batman Story,' but it still deals with the problems Batwoman faces. Is there time to turn around and make the series into something new, but old and interesting at the same time? Of course there is, which is why she is at the top of the list. 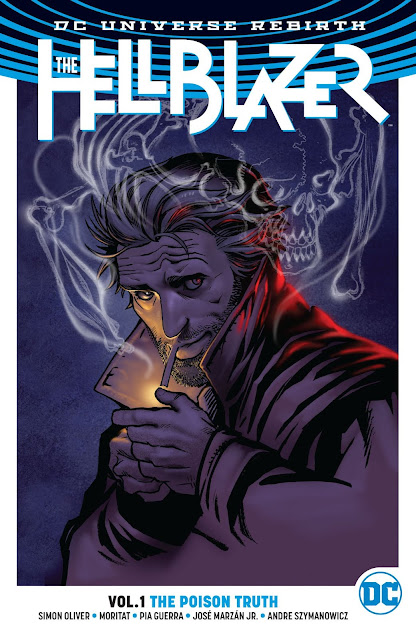 I think I have made it perfectly clear that I am not the hugest fan of John Constantine. Despite my hate for the character, I do love the darker magical world that I have seen him be a part of it during the New 52... The problem is we don't get that darker world anymore, focusing only on the adventures of Constantine. "But Jody, what does it matter if you aren't a fan?" The reason I bring this title is because of the fact that in the few issues I have read, that dark world has grown a bit boring. Everything is slower now, kind of like a lit cigarette, small inhales with it burning away. I know that there are some people like to savor the slower moments, but the last time Constantine lead a title, it had him tricking Darkseid himself into leaving the planet alone. The series went from super epic to super slow... If I were writing the Hellblazer comic, I would use it as a stepping stone to reintroduce the magical and Dark side of DC into this new world. We had John teaming up with Swamp Thing in the first arc, so why not have an adventure with Deadman, a rendezvous with Zatanna, or even a battle with the big bad rhymer Etrigan? I know it sounds like this is more of a soapbox for bringing the Dark line of books, but I truly believe Constantine would succeed more with a group to screw over. 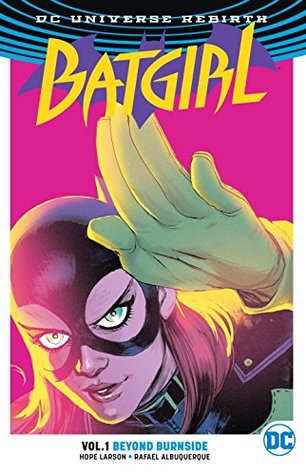 Possibly an unpopular opinion: I liked the Burnside stories for Batgirl. There was humor and charm that made me enjoy them, as well as a little bit of satire on teenagers of the modern day. Whether it is intentional or not, I believe that the Burnside story arcs are a great chapter in Barbara Gordon's lineup of stories. They aren't for everyone, but it is clear that they were very popular. That being said, I wouldn't say that the Burnside arcs would be the "Rebirth picture" of Batgirl. Clearly, someone at DC thought differently, and has made her story arc look and feel similar to the Burnside arcs. This would be fine if it was the same team. The problem is it's not, and now it feels like that the writer is just trying to replicate the past. In a way, Batgirl has a similar problem that Batwoman has, except where Batwoman has been using a similar story over her character lifespan, Batgirl is trying to catch lightning in a bottle when it comes to the 'chique satire' that I believed made the arcs more loved. Batgirl is about being a detective first and making fun of teenage norms second. 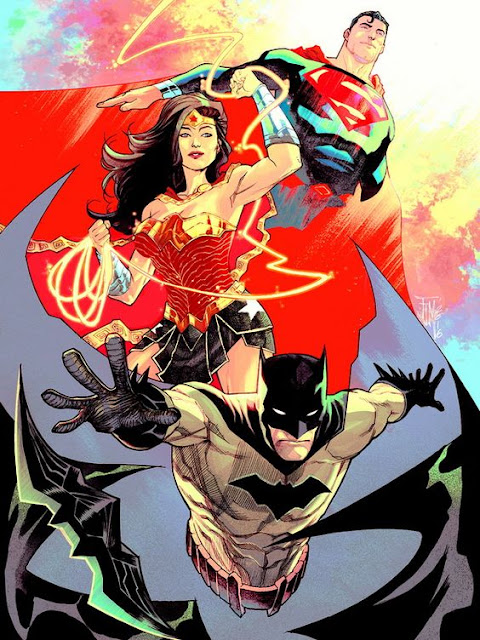 You have no idea how much I didn't even want to consider this title for this list. This is the DC trinity, the big three, THE most iconic characters in comic history. How on all 52 Earths in the multiverse were they able to make them boring?! The opening story arc's solicitations alone promised and adventure that would shake our very heroes to the core, not rock the readers till they snore! What I believe the true problem is that when the three are together, there aren't many villains that can pose a serious threat. Other than Mongul and the villain trinity, I can only think of two, maybe three other villains that could push the three to their limits. This means that the writer has to make one of these villains an over-arcing foe that has a variety of plans to try and break the Trinity. Imagine if Apollo(New 52 for reference) decided to break the Trinity through mental manipulation and power reduction. The god is clever enough to rival Batman and basically could turn off Superman's powers while rivaling Wonder Woman. Do I think that the current team on the book I could pull off such a story? I can't say for certain, but if they want people on board with this group, they either need to work fast or start over. 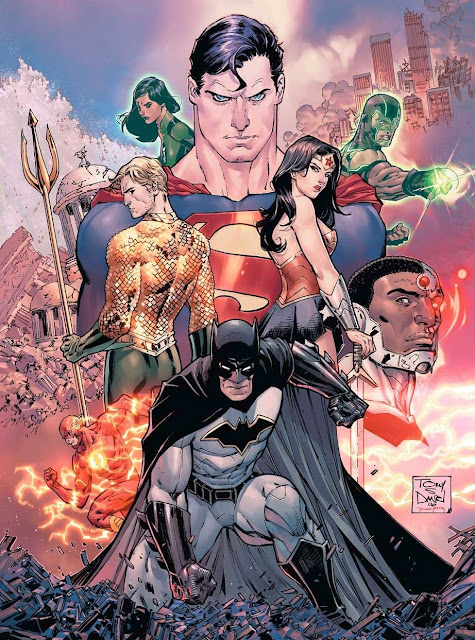 If you're a longtime reader of the site, then you knew this #%^*ing book was going to be sitting at the top of this list. None of the reviewers want to touch this pile of crap. It's the most infuriating comic to carry the Rebirth banner. Let's think back to the Justice League comic series during the New 52. This series had one giant over arcing story that had spanned across the entire DC Lineup. Every story arc with every character had some effect on the main Justice League book, and vice versa. This should be expected because this book is the beating heart of DC, having the most iconic characters working together for the greater good with fantastic stories. In Rebirth, the story is all over the place, with each arc not showing any weight or consequences for the following issues. The one the phrase I keep seeing in every one of the reviews is that the story arc had a "non-ending," with it just appearing out of nowhere and with no answers to the questions laid out. This isn't a group of B-list characters we are dealing with. This is the freaking Justice League, the world's mightiest heroes! The events of this book should be shaping the entire DC Earth. Instead of that, we just have a bunch of flash and no substance. If there is only one book that has to have a chance at a second Rebirth, it has to be this one.

Thats it for this week's Top 5 Friday! What series do you think needs a second Rebirth? Leave a comment, and I'll see you next time!
Posted by Unknown