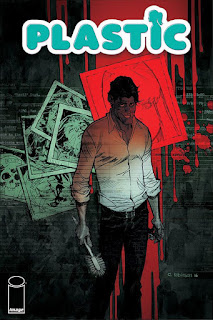 A story about a retired serial killer traveling across the country with a girl he “met online” named Virginia. Virgiana happens to be a sex Doll. Yeah, I’m not sure what else to write if that doesn’t grab your attention enough to at least check out the review below.


Roadkill, squeaky noises, and a scene straight out of Titanic is how we start this weird and twisted book. Only the titanic-esque scene is between Edwyn a retired serial killer and his blow up doll that he has named Virginia. After too long Edwyn finally steps out of the car for supplies in the trunk, after realising he is in need of a new cleaning brush and Virginia desires cream filled donuts he decides to take a trip to the closest gas station.

There’s a few details in this opening scene that are worth noting, when Edwyn is searching for his supplies in his trunk he comes across an old style green army man in the shape of a bikini clad woman saluting. Possibly the start of Edwyn’s infatuation with plastic women? There’s also a lot of talk by Edwyn about his mother and how she rises with the sun. I’m not exactly sure of the significance of this yet, but it seems to come up a lot even in this first scene. 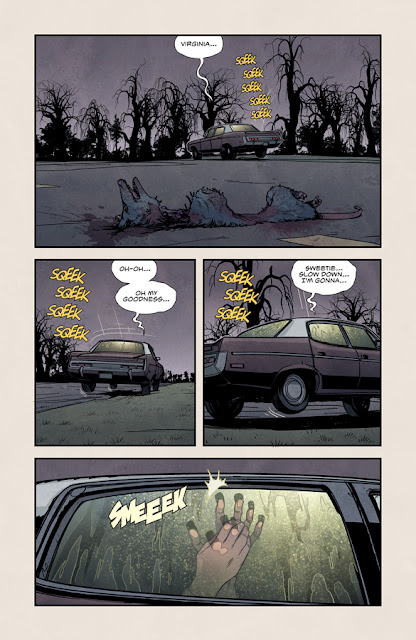 While Edwyn is purchasing his totally normal supplies, from maybe one of the friendliest night time gas station attendants I’ve ever seen, Virginia seems to have caught the eye of some local hooligans. Them seemingly not realising Virgina is not a real person doesn’t go unnoticed, but eventually Edwyn comes out and completely and brutally dispatches the three men. He destroys a knee, severs an ear, shatters some fingers and a nose and finds another use for his newly purchased cleaning brush. Luckily Virginia has just the facial expression warranted for this exchange!

We skip some time as we learn one of the people dispatched by Edwyn happens to be the son of a very wealthy billionaire who looks like he’s not a stranger to physical altercations himself. We learn he’s not exactly happy with his son being an embarrassment as we also find out there is some questions behind the death of the mother. 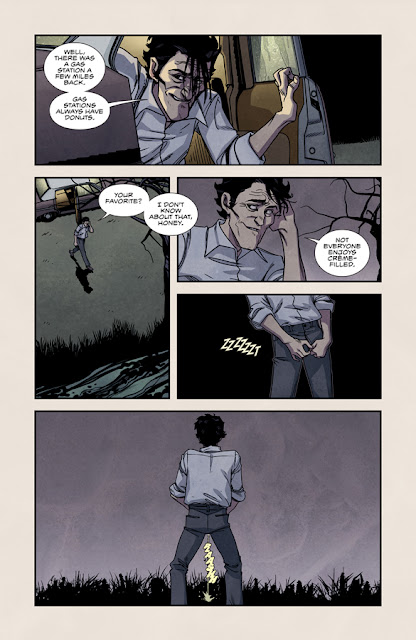 We cut back to Edwyn and Virginia as Edwyn seems to be snuck up on and knocked out only to wake up in the presence of the previously mentioned billionaire. Here is where a lot of things kick into gear. Edwyn seems to start taking calculated notes of everything in his surroundings, including approximate size and directions. He seems very smart and able if it didn’t come across enough in the previous scene when he made quick work of three fairly large men. There is also the name of Victor that comes up. 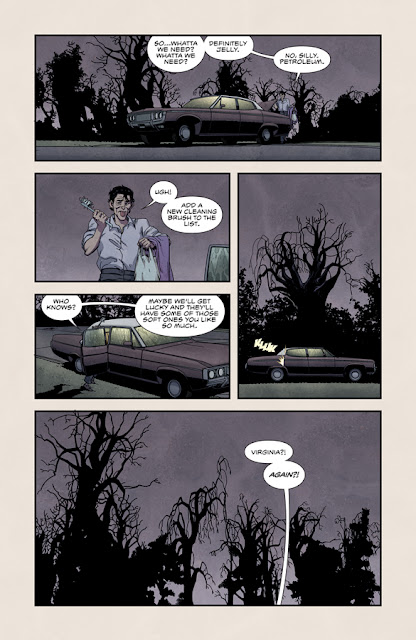 From the synopsis and press for the series the main character is referred to as Edwyn, but the first name we hear him be called is Victor. Not sure if it’s a fake identity or what, but it also seems to come along with a special background as a “Government spook”. It seems this billionaires son just happened to get himself into an altercation with a man who has the perfect set of skills and abilities for this billionaire to need. A lot of things happen fast which just makes a lot of things confusing.

Overall I really like it though. It’s an awesome set up with a pretty weird and twisted character that is obviously very skilled. Throw in some later mystery with what is true and what is false on top of him needing to do jobs for a billionaire and I think there is a lot here to add up to a very interesting series. I’m excited to see where it goes from here.

A perfect initial issue for a dark and twisted love story. The mystery and absurd aspects are laid out nicely as we jump into a story of a man needing to use his skills and assets in an attempt to get the love of his life, a blow up doll, back from a billionaire. Other than a couple times being a little confused by the art I had zero complaints about this issue.